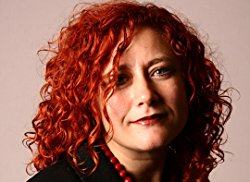 I had always wanted to write. However, I was not decided on which medium I wanted to write in. I then made a choice to be a filmmaker and so, at the age of fourteen I wrote to the National Film and Television School in London who kindly advised that if I was not Steven Spielberg, then I would have to undertake a degree. So, I followed their advice and graduated with a 1st Class Honours Bachelor Degree in scriptwriting and media production.

I then completed a Masters with Distinction and while undertaking a PhD won a place on the reserve list for the Frank Knox scholarship for a fully funded post-doctoral fellowship at Harvard University in African American Studies. My academic interest in racial identity was borne out of the fact that my grandfather was Algerian and raised in Dundee and so, my mother was black-skinned, as were my four uncles. However, my aunt was white-skinned; as was I. I had grown up hearing the “N” word used in reference to my own mother and so, this insight into racism despite being white-skinned, had led me to want to study slavery and the concept of “passing” from one race to another.

However, after getting a top New York literary agency’s support for a psychological thriller I was writing set in New England where I had once worked, which encompassed racial, sexual and religious politics, I gave up my ambition of Harvard, choosing to write creatively rather than academically. The debut novel set in the States was never published and if it had been it would have been over 1000 pages long and too complicated to be commercially viable. So, on the advice of a fellow academic and author who told me to “write what you know” I filed my debut novel away and wrote the DI Jack Brady series set in Whitley Bay in the North East of England where I currently reside.

Ironically, Brady should have been a woman, but I could not write the character from a female perspective. I was an ardent feminist (I still am) and found myself politically bound up to the point that my protagonist was too perfect. She had no flaws. How could she? After all, I had created her to be so resilient, so strong…so very boring. So much my heroine but so very far removed from reality – my reality.

Michel Foucault’s words: “Do not ask who I am and do not ask me to remain the same. More than one person, doubtless like me, writes in order to have no face” hit me hard. My personal life was a sham and to survive it, I had found myself masquerading. I could not write what I knew, because it was too shaming. Too humiliating and ultimately, too painful. Feminist that I was, I had found myself suffering from domestic abusive for the duration of the five years I had been writing my DI Brady books. Whilst in academia I had arrogantly struggled to understand the intricate reasons why victims do not/cannot leave their abuser. Ironically, I came to acknowledge first-hand what it was to live in fear of one’s life. I suffered in silence, too embarrassed to speak out, and ultimately, feeling as if somehow I was to blame. So, I held onto that dark secret. Until now.

I was one of the fortunate ones – I survived to write my tale. After five years of abuse my ex was arrested, charged and convicted of beating me up. He has now disappeared – his last attempt at controlling me – but it is not his being convicted of domestic violence that has liberated me, it is my decision to break the silence. Do I still live in fear? Sometimes. I would be lying if I did not admit that. The police believed he would have killed me that night. I know I could have become nothing more than a statistic. Two years on and I am not ashamed anymore. I accept that domestic violence transcends gender, race, class and age; that the word ‘victim’ has no type. I am the antithesis of a victim, which is why I am speaking out. Which is the reason I am now writing about what I know through a new female protagonist. It is a psychological thriller that twists and turns with the usual expected and not so expected thrills. But I wrote it from a place of authenticity, for I knew what it was to live in fear of one’s life. But I also know what it is to survive and metamorphose from a victim into a victorious warrior. 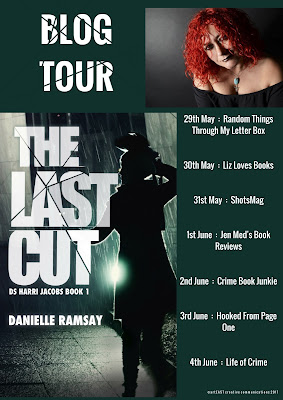 The Last Cut features DS Harri Jacobs – a female cop who herself has been a victim and makes the choice to become a survivor; someone who does not need to be saved, for she saves herself. For in this novel the hunter becomes the hunted. Simply put, she takes back control. Crucially, Harri’s namesakes are three inspirational female writers (Harriet E. Wilson, Harriet Ann Jacobs and Harriet Beecher Stowe) who used their work to battle against racial and gender oppression. According to legend, Abraham Lincoln credited Harriet Beecher Stowe when he met her in 1862 as being “the little woman who wrote the book that started this great war.” Whether true or not, Harriet Beecher Stowe’s novel, Uncle Tom’s Cabin was still hugely influential and it was her brave portrayal of the horrific ills of slavery that shocked a nation.

I am now a patron for the charity Someone Cares which counsels survivors of childhood abuse, rape and domestic violence and if I can dispel the myth about victimhood through my writing, then I know what I endured was worth it.
'A really cracking read!' Martina Cole