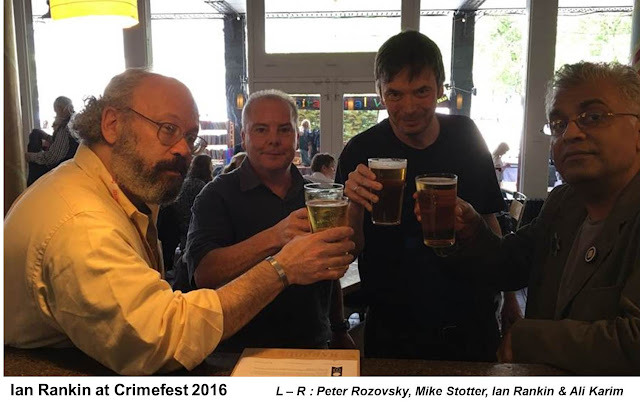 Eleventh Hour Films, the independent drama production company, has announced that it has secured the screen rights to Ian Rankin’s bestselling Rebus series, published by the Orion Publishing Group. Gregory Burke, the award-winning writer of ’71, Entebbe and Black Watch will be adapting the novels, to deliver a bold and visionary take for a contemporary international TV audience.

Author Ian Rankin says: “I'm so thrilled and honoured that Gregory Burke is bringing his outstanding storytelling talent to Rebus. As far as I'm concerned it's the perfect match, allowing the character of John Rebus to emerge in all his complex three-dimensional glory."

Screenwriter Gregory Burke adds: "It is an honour and a privilege to have the opportunity to work on adapting an iconic character like John Rebus for television. As someone who has grown up and lives in South East Scotland, Ian Rankin's best-selling books provide the perfect material to make a thrilling series about crime in the modern world."

Executive Producer Jill Green comments: “We approached Greg because we knew he would do something really different and characterful. This will be a fresh and revisionist take in every way introducing both Rebus and Edinburgh to a new generation, at a moment where crime drama is at its most exciting level.”

The Rebus novels have sold over 30 million copies and are published in 36 languages. 2017 marks the 30th anniversary of John Rebus, when he walked across the page of Knots & Crosses for the first time in 1987.

Ian Rankin and the Orion Publishing group are marking the anniversary of this iconic character with a series of events and activities across the year, including the much-heralded RebusFest, which takes place 30 June – 2 July 2017