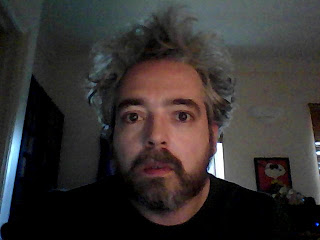 Today’s guest blog is by author and journalist Stav Sherez.  His first novel The Devil’s Playground was published in 2004 and was shortlisted for the CWA John Creasey New Blood Dagger Award.  His third novel A Dark Redemption was shortlisted for the Theakston's Old Peculiar Crime Novel of the Year Award 2013.  Today he talks about his ten best crime novels we probably have never heard of.

"If you've ever bumped into me at a launch or a festival then I've probably told you about one of these books.  I probably bored you senseless enumerating the merits of a novel you'd never heard of and had already forgotten the title to.  And I'll keep on doing it, because these are the books that made me want to write crime fiction.  They fused everything I liked about the literary novel with the energy and hypnotic storytelling of the crime novel.  I didn't pick them because they're obscure.  I picked them because they are perfect novels in their own way.  I picked them because they make my brain fizz, pop and crackle with ideas and possibilities.  I read most of these in the mid to late 1990s, before I'd written The Devil's Playground, and they mapped for me what a crime novel could be and what a crime novel should be.  These books are written in blood and grief and stone.  They will haunt your dreams and crack your brain.  They may even change your life.  They certainly did mine."

1. Eye of the Beholder - Marc Behm (No Exit)
Possibly the greatest PI novel ever written, certainly the saddest, most lovelorn, and poetic.  An unnamed private detective spends decades hunting a female serial killer.  Unfortunately, he falls in love with her.  The novel spans years and roams across the great empty spaces of the American West.  An existential shudder of a book, a ghost story and murder mystery with a last paragraph that will leave you bawling and broken.

2. The Dogs of Winter - Kem Nunn (No Exit)
If Cormac McCarthy and Robert Stone decided to collaborate on a crime novel about surfers then Dogs of Winter would be it.  An unforgettable journey through the wilderness of northern California following a washed-up surfer and a failed photojournalist as they try to find a mythical, hidden beach.  Lost girls, crazed Indians, old hauntings and a malevolent sense of landscape make this a Deliverance for the stoner generation.

3. God is a Bullet - Boston Teran
If Cormac McCarthy had written a Satanist-cult crime novel...  (And maybe he has, because no one knows who Boston Teran really is).  Electric prose and one of the darkest descents into hell ever put on the page.  A Dantescan nightmare in the scorch & sizzle of the American Southwest.  A small-town cop who's lost his daughter to a Satanist cult gets together with a woman who's escaped from its clutches.  Together they cross the desert searching for the cult, unleashing hell and bullets as they step into an existential blood storm.

4. Cutter and Bone - Newton Thornburg (Serpent's Tail)
To Die in California may be an even better Thornburg novel but this is the place to start.  Easy Rider crossed with Chandler.  The dregs of the American dream, Vietnam and the counter-culture, collide in this elegiac portrayal of two outsiders who come face to face with the realisation of the dream in what must be one of the most nihilistic endings to any novel ever.

5. Cold Caller - Jason Starr (No Exit)
Jason Starr writes lean, demonically dark noirs that leave you breathless and brain reeling.  There is not a hint of pastiche in his books.  If the definition of noir is "You're fucked on page one and it only gets worse from there" then Starr's books are the best exemplars of this.

6. A Coffin for Dimitrios - Eric Ambler (Penguin)
The best Ambler and perhaps the greatest spy novel of the classical period.  A bored crime writer living in Istanbul gets obsessed with the death of a famous brigand and crosses pre-war Europe in search of the story behind the man.  A deft meta-fictional exploration of the gap between reality and its representations, between being a crime writer and crime itself, and a scorched-earth history of Europe’s genocidal heart.

7. Legends - Robert Littell (Duckworth)
If Philip K Dick had written a spy novel the results may have been close to this.  Ranging across continents and decades, dropping into civil wars and revolutions, from the chill of Stalin's Moscow to a meeting with Bin Laden in Paraguay, this is a profound meditation on identity and lies, reality, narrative and how we make sense of the world, cocooned in an incredibly gripping and experimental structure.

8. Love Remains - Glen Duncan (Granta)
Not strictly a crime novel but its heart is as black as the blackest noir.  Duncan is perhaps Britain's foremost prose stylist and this descent into the hell of relationships, responsibilities, and casual violence rushes towards its gloriously bleak and bitter ending with the electric raw energy of the best crime fiction.  The dark heart of a relationship, mapped out decades before Gone Girl.

9. Tomato Red - Daniel Woodrell (No Exit)
A striking and poignant look at busted lives and the inevitabilities that we all succumb to.  Woodrell writes like a demented angel and delivers a last page that will leave you shaking and screaming in your seat.

10. Southern Nights - Barry Gifford (Canongate)
An insanely surreal addictive and funny and wild and crazed baton race of evil, depravity, blood, and dark longing, this trilogy has it all and much much more.

You can also find out more about Stav and his work at http://stavsherez.com/
Posted by Ayo Onatade at 10:27

No 8 was for me the only unheard of. although I hasten to admit freely I've only read three of them, numbers 1, 4 and 6 - all great crime novels - and got another three in my TBR pile. Interesting titles all, so I'll be sure to make a note of the rest as well - thanks, SS.

Thank you very much for posting these up. I had not heard of most of these but I am especially interested to check out Legends, being a big fan of Philip K Dick. There was a really great crime novel recently publish by Philip Fleishman called The Gemini Factor which also reminded me occasionally of PKD work with its twists and turns, deep thinking themes and unpredictability. I definitely recommend looking out for it. Easily the best book I've read so far this year. http://www.philipfleishmanmd.com/

will begin testing your suggestions immediately

Some of my favorites on here, but a couple I don't know. Thanks for the list.

And here I go thinking myself as a crime fiction aficionado. I haven't heard half of the books mentioned here, although I agree most of those that I'd read (Ambler, Behm, Thornberg, Woodrell). I wasn't aware also of this blog before I came across the writer on another. Both great discoveries for me. Will definitely look for the titles.I can possibly contribute a few but none comes to mind that I can describe as "you've probably not heard of". Many thanks.