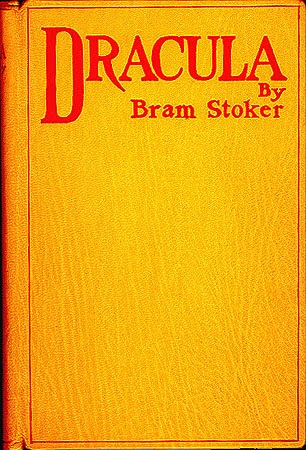 I made a startling discovery last week in a dank dungeon in Scarborough’s abandoned Victorian prison.  In a slender folder labelled ‘Correspondence’ I found a cache of a dozen letters from 1878, the year the prison closed, between Bram Stoker, creator of Dracula, and Lieutenant-Colonel Thomas Wyatt, the last governor of the prison. 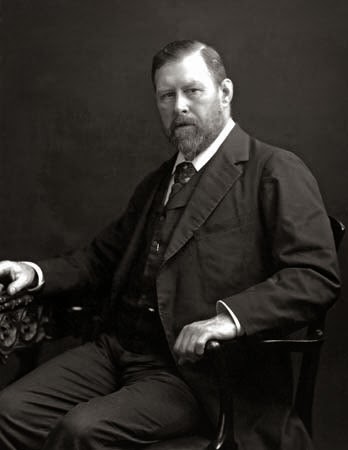 Put together with a handful of letters in the same folder between the Governor and Richard Stout, the town’s Chief of Constabulary, they tell an extraordinary true crime story and overturn all conventional theories about the creation of Stoker’s 1897 novel.

They also shine a disturbing light on Anne Bronte, who died of consumption in Scarborough in 1849 and was buried by her sister Charlotte in the town’s St Mary’s churchyard.

The folder was on a shelf crammed with files in a cell in the basement of the prison.  Heather French, my co-director of the Scarborough Book Festival, Books By The Beach, had insisted we got to know the venue in advance of the festival events we’re holding there.  Heather doesn’t do what she calls ‘fusty dusty’ so she moved along. Me, I like fusty-dusty.

In the first letter Bram Stoker was thanking Lieutenant-Colonel Wyatt for a dinner that took place in the Governor’s residence in a gateway tower of the prison.  The dinner was also attended by Wybert Reeve, the owner of the town’s Georgian Theatre Royal.

I was familiar with Stoker’s association with Whitby in the early 1890s but not that he had visited Scarborough so early.  I discovered later that he was on honeymoon in the town in 1878 and that his father-in-law, Lieutenant-Colonel James Balcombe, had provided a letter of introduction to Lieutenant-Colonel Wyatt, with whom he had served in the Crimea.  I also discovered that Stoker knew Wybert Reeve from the occasions when he brought the actor Henry Irving north to perform at the Theatre Royal.

In this first letter Stoker expressed gratitude for  ‘the astounding stories’ Wyatt had told him ‘of the town and the gaol’s inmates’.  As I read through the dozen letters I realised just how astounding these stories were.

I had always understood Stoker had been inspired to write Dracula by tales he was told in the 1880s and 1890s about the Carpathian mountains by Hungarian writer and traveller, Armin Vambery.  However, the letters made it apparent that inspiration had come in 1878 and from real people and events in Scarborough.

Of the people, one of only twelve female prisoners in Wyatt’s jail was a Mina Harker, the name Stoker used for the woman with whom Dracula becomes obsessed.  Another prisoner was a John Retford, who was kept in a cell away from the other prisoners because of his disruptive behaviour.  Aside from a similar name, Retford shared with the novel’s Renfield a diet of flies, spiders and birds eaten raw.

The real events, discussed in three letters from Richard Stout, the Chief of Constabulary, were as macabre as Stoker’s novel.  The letters refer to decades of inexplicable disappearances and attacks on the vulnerable in Scarborough old town and around the harbour.  In each case the victim was bitten in the neck.  Rumours were rife of a pale woman descending from a churchyard near the castle to stalk her prey.

The police had been slow to make a link between the different attacks because of the time span but had cottoned on in 1878.  Only two weeks before the dinner the woman had been sighted down by the harbour in the middle of the night.  Police had trailed her back to St Mary’s graveyard.  According to Stout, at first dawn the woman had been ‘dealt with in the recommended manner’.

Stout didn’t name her but described a woman in her late twenties who had ‘apparently’ died of consumption in 1849.  (He wondered if her coughing up blood before her ‘death’ had a more hideous cause than the illness.) 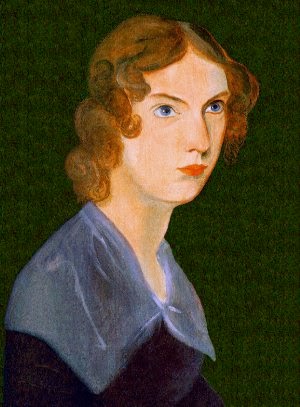 Obviously my first thought was Anne Bronte.  The date, the graveyard and the illness all fit.  But this was a bombshell that would horrify the legion of Bronte Sister fans around the world.  I left messages with the Bronte Museum in Haworth and the Bronte Society.  My calls were not returned.

I began to wonder about the real causes of Bramwell and Emily Bronte’s deaths in Haworth in 1847.  I pondered over why Charlotte insisted on  taking Anne eighty miles away from her home to Scarborough when Anne was apparently near death; why Charlotte insisted Anne be buried in Scarborough and not back in Haworth where the rest of the family was buried; and I wondered why, after Anne’s ‘death’ she refused to allow republication of Anne’s 1847 novel The Tenant of Wildfell Hall.

But I’ve decided it’s not my job to speculate.  The only way to quell the uproar that will follow the publication of the letters is the opening of Anne Bronte’s grave in St Mary’s churchyard.  An exhumation isn’t necessary – lifting the coffin lid would suffice.  After all, a stake through the heart is difficult to miss.

Loved the story :) You should turn it into a novel. I'd buy it.

That is quite a fascinating account... what will happen with these letters?