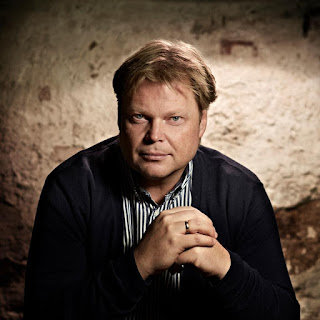 Sven Nordin is a beloved and revered character actor in Norway, and has also enjoyed great international success recently with the Norwegian drama series “Valkyrien” (NRK).

In the role of William Wisting, Sven Nordin will portray the hard-working, compassionate investigator who is trying to be a force of good in the world, without losing himself to the darkness. Wisting has dedicated his life to solving the senseless and vicious murders that shock his small coastal town. But trying to make the world a safer place comes at a huge cost – failing your own family.

”Wisting is a complex and intriguing person, and I can’t wait to portray him. I am a great admirer of the author Jørn Lier Horst and it is with great humility and joy that I embark on this task. This will be exciting! I look forward to it!” says actor Sven Nordin.

“I am delighted by the great enthusiasm the project has been met with, and that the Wisting series will become a reality. I’m grateful that Sven Nordin has accepted the leading role of William Wisting. It is an excellent choice. He is stylistically assured and one of our very best character actors”, says author Jørn Lier Horst, a former Senior Investigating Officer in the Norwegian police force.

The first season of the series is based on two of the most popular and prized books in the Wisting literary series, The Hunting Dogs and The Caveman. Shooting commences on January 17th, 2018 on location on south-eastern Norwegian twin towns Larvik and Stavern.  The family Christmas is ruined as homicide detective Wisting wrestles with the most challenging and shocking case of his career: a wanted American serial killer lives among them! Meanwhile, Line – Wisting’s intrepid journalist daughter – is chasing headlines, leading her straight in the path of the serial killer. Suddenly, an old case comes back to haunt Wisting, and a dreadful accusation is hurled at him. How will Wisting save other lives when now he finds himself suspended and fighting for his own reputation, career and life? 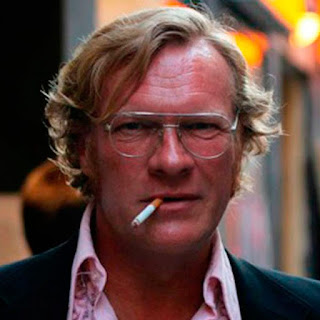 “The thrilling books of Jørn Lier Horst captivated me from the outset and I am very pleased that we have managed to raise substantial financing, allowing us to realize our vision for this TV series. The project has great international appeal, and we have received overwhelming interest from foreign broadcasters and distributors”, Fernandez says.

”We are immensely proud to greenlight a project we so wholeheartedly believe in. Our ambition is to create a Norwegian drama juggernaut, that will last for many seasons. Jørn Lier Horst’s detective novels featuring William Wisting are incredibly popular, and we look forward to translating them into a tremendous drama series”, says producer Silje Hopland Eik from Cinenord.  GoodCo and Cinenord will produce Wisting for Scandinavian Viaplay, TV3 Norway and German broadcaster ARD Degeto.

Directors
Trygve Allister Diesen is an experienced writer-director of TV-series, such
as Hotel Cæsar (1998 – 2004), The School (NRK, 2004) and Torpedo (TV2,
2007). He was responsible for the TV2-series The Third Eye, and has also directed several episodes of Kommissarie Winter and Arne Dahl. Diesen has also made several movies following his debut with Mørkets øy (2007), and holds a PhD in film directing.

Katarina Launing belongs to the Norwegian Film School’s first graduate litter in film directing. She is currently in post-production with Battle, her third feature film as director. Her directorial debut was Christmas night in Blåfjell (co-directed with Roar Uthaug). Her award-winning 2013 movie Kick It received great reviews and a long festival life.