Debt to Pay - A Q & A with Reed Farrel Coleman 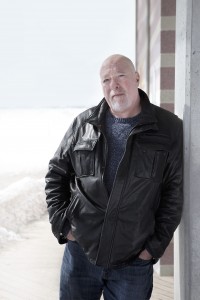 Reed Farrel Coleman is an award winning author who has won a Best Novel Award from Crimespree Magazine, a Shamus Award, a Macavity Award, an Anthony Award and a Barry Award.  As part of the Debt to Pay blog tour he kindly answered my questions about writing Robert B Parker’s Jesse Stone Series.

Ayo:   Whilst I have known you and have been reading your work for quite some time you are a lot more well known in the States than you are here.  How would you introduce yourself to UK readers?

Reed:  I would say I am a direct descendant of the Raymond Chandler branch of crime fiction. One of our more respected book critics on National Public Radio, Maureen Corrigan, called me a “hard-boiled poet” and I was called the “noir poet laureate” in the Huffington Post. But twenty-seven novels into my career, I would say that my current writing is more a mashup of Philip Kerr and Lawrence Block. I hope that helps.

Ayo:   How did you get involved in writing the Jesse Stone series?

Reed:  Ah, the magic question. I thought I got the gig because I had written a piece about Jesse Stone in a collection of essays entitled In Pursuit of Spenser. It was put together by Otto Penzler as a way to honour Bob Parker after his passing. I thought the estate and my editor-to-be, Chris Pepe, who had been Bob’s editor for over twenty years, read the piece and thought I understood the essence of the character. When I mentioned this to Chris during our first conversation, she confessed that she had never read the essay nor was she even aware of the collection. What it came down to was that Chris had always loved my writing, knew I was available, and thought I could handle it. The estate agreed and the rest is history.

Ayo:   What was your first reaction?

Reed:  I said yes in about a nanosecond. I saved the panic for afterwards.

Ayo:   Were you a fan of Robert B Parker’s work before you began to continue the series and which one of his books would you consider to be your favourite and why?

Reed:  I wouldn’t say I was a devotee of Bob’s in the same way as Ace Atkins, who writes the Spenser novels, is. I liked and respected Bob’s writing. And I was fortunate to be offered the Jesse Stone series, which I preferred as a reader. It turns out that when I was researching the Jesse series for my piece in In Pursuit of Spenser, that Bob chose to write Jesse for some of the same reasons I didn’t love Spenser in the way Ace does. It seemed Bob was tired of writing what he perceived as a too-perfect character in Spenser. Jesse Stone was his attempt at writing a deeply flawed protagonist. I am all about flawed characters, being one myself.  My favourite book of Bob’s is the original Jesse Stone novel Night Passage. It shows a master author at work and at his best.

Ayo:   Debt to Pay is the third book in the Jesse Stone series that you have now written. Has it gotten any easier?

Reed:  Yes, it has. As I’m now more comfortable in my own skin as the author of the series and feel less in Bob’s considerable shadow, it comes easier for me. I am no longer so worried about fan reaction. The people who like how I do it will continue to like it. The fans who don’t have made their feelings clear.

Ayo:   Where did the idea for the story come from and how did you go about doing your research for it? 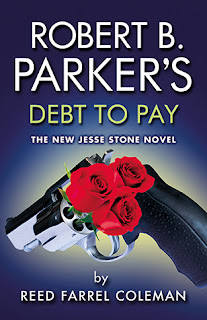 Reed:  Last part first. I don’t generally do a whole lot of research. The juice for me is making stuff up. I did travel down to Dallas for several days to get a feel for the town. I spent time with my then agent who lives there and two close writer friends, Dan Hale and Harry Hunsicker. It was an education. And between us, I love Texas BBQ. I wrote Debt To Pay because I love a good revenge story. Who doesn’t love the revenge aspect of Moby Dick or The Count of Monte Cristo? I thought I’d try my hand at it.

Ayo:   One of the main characters that returns is the evil Mr Peepers whom we first meet in the very first Jesse Stone book you wrote Blind Spot.  What made you want to return to this character?

Reed:  Well, I sort of threatened his return at the very end of Blind Spot and thought the timing worked. Plus, I loved writing Mr. Peepers. He’s actually a very complex character and I think crime writers have a lot more fun with complex bad guys than heroes.

Ayo:   There is a sense of foreboding at the end of Debt to Pay and given the way in which Jesse Stone’s life has been and him giving up alcohol was this intentional and can we anticipate anything hopeful happening to him in the future?

Ayo:   If you had the opportunity to talk face to face with Robert B Parker what would you say to him?  Whilst Jesse Stone is a character what advice (if you could) would you give to him as well?

Reed:  I actually met Bob Parker once. He was gracious and attentive, though I can guarantee you he hadn’t a clue who I was. I always appreciated that in him. I’m afraid what I would say to Bob would probably bore readers. It would be writerly stuff or, as we say in the States, inside baseball. My advice to Jesse is best expressed in the next two Stone novels, Robert B. Parker’s The Hangman’s Sonnet and Robert B. Parker’s Colorblind.

Ayo:   Whilst there is a not so happy ending what next for you and the series?

Reed:  Next for me personally is a big career and life changing project. I’ve been hired by film director Michael Mann to write the prequel novel to his magnum opus movie Heat.

In the series comes RBP’s The Hangman’s Sonnet. Imagine this, a Bob Dylan-esque singer is re-emerging after forty years in seclusion to attend a gala 75th birthday party in his honour in Paradise. He went into seclusion because the master recording tape of his greatest album, The Hangman’s Sonnet, was stolen and has never resurfaced. How does the death of an elderly Paradise woman relate to the surge of rumours that the master tape may soon reappear? Oh, and Spenser makes an appearance.

Ayo:   One would say that the crime fiction genre (in all its connotations e.g. thrillers, detective novels, mystery) is in a very robust way. Aside from yourself which authors would you suggest people keep an eye on and read? 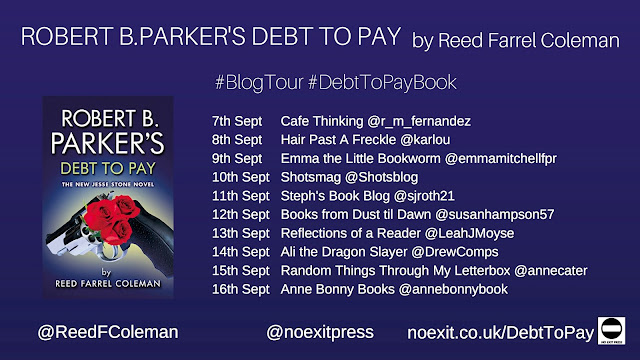 
All is quiet in Paradise, except for a spate of innocuous vandalism. Good thing, too, because Jesse Stone is preoccupied with the women in his life, both past and present. As his ex-wife, Jenn, is about to marry a Dallas real-estate tycoon, Jesse isn’t too sure his relationship with former FBI agent Diana Evans is built to last. But those concerns get put on the back burner when a major Boston crime boss is brutally murdered. Despite all evidence to the contrary, Jesse suspects it’s the work of Mr. Peepers, a psychotic assassin who has caused trouble for Jesse in the past.  Peepers has long promised revenge against the Mob, Jesse, and Suit for their roles in foiling one of his hits—and against Jenn as well. And though Jesse and Jenn have long parted ways, Jesse still feels responsible for her safety. Jesse and Diana head to Dallas for the wedding and, along with the tycoon’s security team, try to stop Peepers before the bill comes due. With Peepers toying with the authorities as to when and where he’ll strike, Jesse is up against the wall. Still, there’s a debt to pay and blood to be spilled to satisfy it. But whose blood, and just how much?

Buy it from SHOTS A Store.