The inspiration for ‘The One That Got Away’ by Anna Kantaria 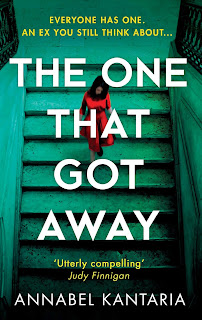 The title implies that this is a story about an ex. And I suppose on the surface it is. But it’s about a lot more than that. I try to put a psychological issue at the core of my novels and this one stemmed from my fascination with the concept of gas-lighting – namely, the ‘systematic and repeated psychological manipulation’ of a person in order to make them question their own sanity.
It sounds dramatic. You’d think you’d know if someone was doing this to you, wouldn’t you? But, the more I researched gas-lighting, the more I realised two things. First, how subtle gas-lighting can be. It doesn’t have to be an obvious thing. It can be as discrete as someone taking your mobile phone, watching you search the house for it for a couple of days, then placing it back exactly where you left it, leaving wondering if you imagined the whole thing.
Or it could be someone removing two thirds of the shampoo from a new bottle so you wonder whether or not you actually opened the new one you’re sure you bought but now can’t find. You start to question yourself; your self-confidence is slowly eroded and, ironically, the person you turn to for reassurance will often be the gas-lighter him or herself.
The second thing I noticed is how pervasive gas-lighting is in everyday life. In any relationship between two people you have the potential for it. You might think of it as happening primarily in marriages – there’s always the cliché of the controlling husband and the insecure / timid wife – but gas-lighting also occurs between parents and children, between office colleagues, and friends. If you look, the internet is chock-a-block with articles on how to spot if you’re being gas-lit and, if you are, how to get away from the perpetrator (in a nutshell: carefully and completely).


So I had all of this information bubbling in my head when my senior school reunion rolled around. Torn between curiosity and nerves, I went – and I really enjoyed reconnecting with people from my past. School reunions are funny things. Some of the people with whom I spent least time at school have, since that night, become good friends. And, as I reflected on the connections that were re-established that night; the forgotten relationships reignited; and the friendships that last over the decades, I realised a school reunion would be a great place to start a book. You could have a couple, I thought, who used to date at school. They meet again as adults – they think they know each other – but they have no idea what’s happened to each of them in the missing years – and how it’s damaged the people that they’ve become… throw in some gas-lighting and there you have the basis for a juicy plot. 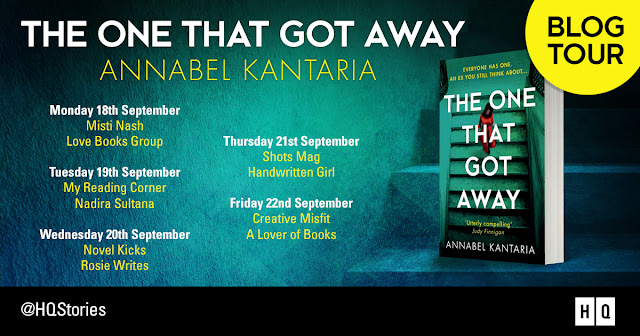 The One That Got Away by Annabel Kantaria published by HQ
Everyone has one. An ex you still think about. The one who makes you ask ‘what if’?  Fifteen years have passed since Stella and George last saw each other. But something makes Stella click ‘yes’ to the invite to her school reunion.  There’s still a spark between them, and although their relationship ended badly, they begin an affair.  But once someone gets you back, sometimes they’re never going to let you go again…
Posted by Ayo Onatade at 07:00