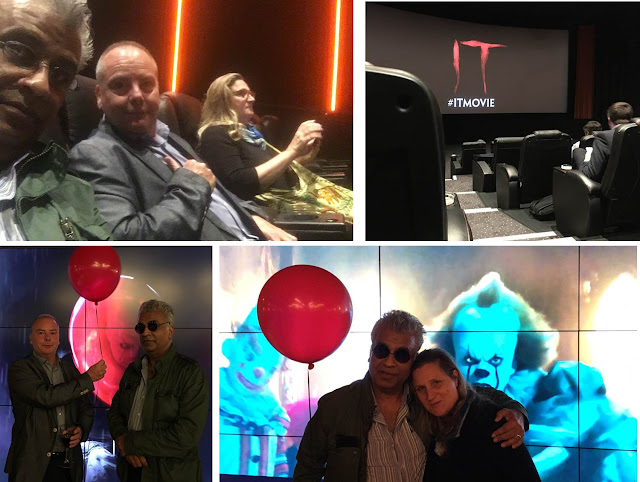 It was a great treat from Hodder and Stoughton Publishing inviting the Shots Editors to a special preview screening of Stephen King’s IT [which coincidentally closed London’s Frightfest 2017 Film festival].

King’s IT was first adapted as a TV movie in 1990, featuring Tim Curry as the eponymous IT, the grotesque Killer Clown, but as it was adapted for TV, it was sanitised when compared to the narrative. This time around, IT has been adapted for a Silver Screen so the earlier restraints have been lifted so be wary for it is very, very scary as well as incredibly visceral featuring child murder and much else.

Like Rob Reiner’s 1986 adaption of King’s The Body [from the 1982 novella collection Different Seasons] which was filmed as Stand By Me; we have a group of teenagers emerging into adolescence and confronting their fears - as they leave the comfort, as well as the terrors of childhood.

It was good to see our dear friend, the literary consultant Philippa Pride [who is also Stephen King’s UK Editor and works with Hodder and Stoughton], as we met at the recent preview for THE DARK TOWER. I remarked to Philippa how amazed I have been with Stephen King’s recent output as it’s like he’s got second wind. I have particular reverence for 11 / 22 / 63, Mr Mercedes and the astounding collection Bazaar of Bad Dreams – and am rather excited about Sleeping Beauties which is out shortly as a collaboration with Owen King]. 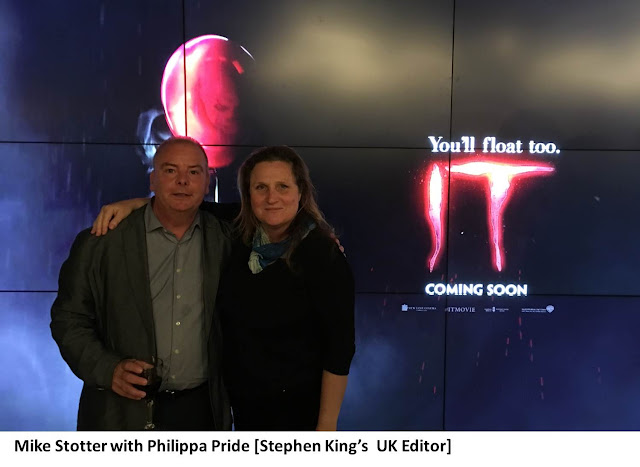 Philippa and I felt sorry for Mike Stotter who was seated between us during the preview screening; for both Philippa and I jumped in our seats several times for IT is indeed very, very creepy. Mike remarked “…they weren’t wrong when the film promised that you’ll float too, for you both kept trying to float…..”

So after calming our nerves when the film concluded to enthusiastic applause from the reviewers, we left into the London evening, and as we walked Mike noticed me check in case anyone was following us, like that grotesque clown, that child killer, for I am indeed a believer that there are worlds other than these.

The film opens today in Great Britain, and is highly recommended as is grabbing a copy of Hodder and Stoughton’s newly released paperback tie-in of IT, which Shots are offering at a 50% discount while our stocks last – From this link

The Shots Editors pass their thanks to Kerry Hood of Hodder and Stoughton for organising two of the hottest tickets in town. 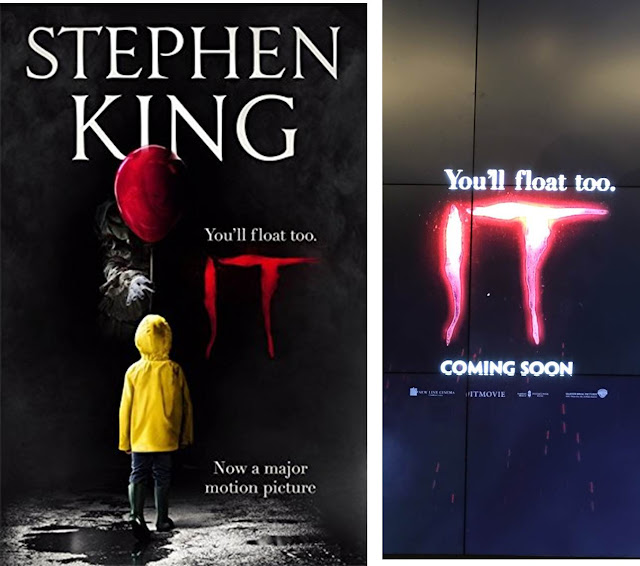 One of the best big screen King adaptations in a long, long while. It works on different levels and would recommended it to anyone.