Nick Stone’s media column, Stone on Screen, is now live on the Shots website. Films reviewed include Body of Lies, The Changeling, Lakeview Terrace and What Just Happened?

Quercus Scoops Another Prize
Andrea Maria Schenkel has been awarded the Martin Beck Prize by the Swedish Academy of Crime Fiction for her novel The Murder Farm (the paperback edition of which comes from Quercus in January). Also shortlisted were Robert Harris’s The Ghost (Hutchinson), John le Carré’s A Most Wanted Man (Hodder) and Peter Temple’s The Broken Shore (Quercus).

Michael Connelly International Guest of Honour
The organisers of Crime Fest, the International Crime Fiction Convention being held in Bristol 14 – 17 May 2009 have announced that Michael Connelly will be the International Guest of Honour. Featured guest authors are Simon Brett and Hakan Nesser. First organised in June 2008, CRIMEFEST is quickly becoming one of the most popular dates in the crime fiction calendar. The annual convention draws top crime novelists, readers, editors, publishers and reviewers from around the world and gives delegates the opportunity to celebrate the genre in an informal atmosphere. It now comes with the catchy strapline “Where the Pen is Bloodier Than The Sword”, thanks to a certain Mr Peter Guttridge.

P D James tops ebooks
Faber is seeing its digital publishing take off, with the first milestone passed this week - sales of 500 copies of the ebook of the new P D James, The Private Patient, released simultaneously with the hardback, on 4 September, and priced the same (£18.99). The Private Patient is far and away the e-bestseller and has topped Waterstone's charts, but the majority of the James backlist is now available, with those titles selling at the regular paperback price of £6.99. The sales are "smaller but solid".

Great British Fictional Detectives
Shots reviewer and author, Russell James investigates the crime-filled world of fictional detectives who are either British themselves or were created by a British author. His fascinating, fact filled A-Z listing contains over 400 detectives from world-famous policeman like Morse to lesser-known investigators, including Montague Cork. Russell's beautifully written chapters on crime fiction include the history of the genre and factual crime investigation, the legacy of Sherlock Holmes and the Golden Age of crime fiction, as well as top sidekicks and popular TV and film detectives. Discover historical detectives, authors' pseudonyms, forgotten starts and must read authors in this arresting book. Illustrations will include original film posters and first edition covers from classic detective fiction. It’s pretty comprehensive though it has been reported that there are some glaring omissions eg: books Philip MacDonald's Anthony Gethryn, Lee Child's Jack Reacher; TV Taggart (TV's longest running series after all), Life on Mars's Gene Hunt and, most surprising of all, Prime Suspect's Jane Tennison.

James Patterson to visit the UK
James Patterson will be in the UK in April 2009 to promote an exciting competition run in partnership with the National Literacy Trust (NLT). The ‘James Patterson Extreme Reading Challenge’ is designed to encourage children to read with their dads/male carers.The ‘James Patterson Extreme Reading Challenge’ is being run in partnership with the NLT’s Reading Champions initiative. It will be launched as a key NLT World Book Day campaign in March 09 and will work with over 3000 schools across the UK. The idea for the initiative came directly from Patterson, who is passionate about getting boys hooked on books from a young age.

The site emphasizes the author’s interest in children’s literacy:

James Patterson says, ‘As a writer, and also as a father, I’m delighted to be working with the National Literacy Trust in really encouraging kids to discover the love of reading. I’ve been actively involved in getting kids to enjoy books in America and it’s great to be able to help bring this message to the UK. The Reading Champions initiative is a wonderful opportunity to encourage us dads to get reading with our sons, what could be better?’Helen Ginn, Brand Manager at Random House says: ‘Patterson’s writing is always fast and pacy, with short chapters and lots of dialogue--guaranteed to hook male readers especially, and therefore a perfect fit with the National Literacy Trust’s Reading Champions initiative. The Dangerous Days of Daniel X comes in two editions, one specifically for younger readers and one for grown-ups, making it an ideal recommendation for this competition which is all about excitement and reading together’.
Reported by Book Trade:

Rupert Penry-Jones (who played Adam Carter in the BBC TV series Spooks) will play a detective hunting for a modern-day Jack the Ripper in one of three ITV drama commissions for autumn. Carnival Films is making Whitechapel, which stars Penry-Jones as media-savvy, fast-tracked DI Chandler investigating a series of bloody Jack the Ripper copycat murders. Set in contemporary east London, the 3 x 60-minute series sports the tagline "a modern police force is fighting an old adversary". Rupert Penry-Jones, who plays obsessive compulsive detective inspector Joseph Chandler in the series, and Phil Davis, who stars as hard nosed detective sergeant Ray Miles, both said they would endeavour to reprise the roles for second time.

The 1960s cult show The Prisoner, which starred Patrick Magoohan has been remade and will premiere in the new season. Set in Namibia, the six-part series will explore how the man-known as Number Six – finds himself trapped in a mysterious place called The Village, which is controlled by the sinister man Number Two.
Posted by Mike Stotter at 13:34 No comments: 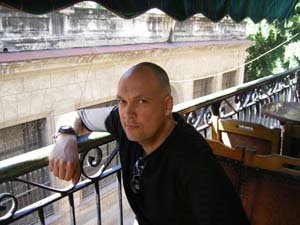 Mike Ripley announces his SHOTS OF THE YEAR AWARDS 2008 in his latest GAWM column. I recommend you look in on what the Ripster has to say but here are the “winners”.

Crime Shot of the Year: When Will There Be Good News? by Kate Atkinson (Doubleday), a pyrotechnic shaking up of the genre if ever there was one.

Thriller of the Year: A Quiet Flame by Philip Kerr (Quercus), the fifth Bernie Gunther novel, set in post-war (if not post-Nazi) Argentina.

Historical Shot of the Year: The Death Maze by Ariana Franklin (Bantam), the second outing for Adelia Aguilar in this engaging and well-researched ‘CSI Medieval’ series, giving us a worthy heir to Brother Cadfael.

Shot in Translation: from the German, Therapy by Sebastian Fitzek (Pan) who cleverly offers to pull the wool over our eyes and we let him.

First Shot: (for a debut novel) The Maze of Cadiz by Aly Monroe (John Murray), historical espionage again, this time in Franco’s Spain in 1944, but so densely textured and convincingly done that I had serious trouble believing it was a first novel. 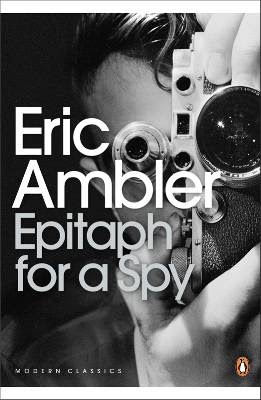