Books to Look Forward to from Faber and Faber 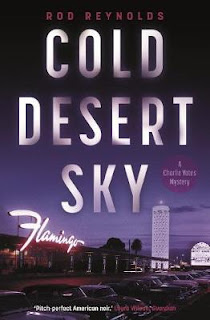 Cold Desert Sky is by Rod Reynolds.  No one wanted to say it to me, that the girls were dead. But I knew. Late 1946 and Charlie Yates and his wife Lizzie have returned to Los Angeles, trying to stay anonymous in the city of angels. But when Yates, back in his old job at the Pacific Journal, becomes obsessed by the disappearance of two aspiring Hollywood starlets, Nancy Hill and Julie Desjardins, he finds it leads him right back to his worst fear: legendary Mob boss Benjamin 'Bugsy' Siegel, a man he once crossed, and whose shadow he can't shake. As events move from LA to the burgeoning Palace of Sin in the desert, Las Vegas - where Siegel is preparing to open his new Hotel Casino, The Flamingo - Rod Reynolds once again shows his skill at evoking time and place. With Charlie caught between the FBI and the mob, can he possibly see who is playing who, and find out what really happened to the two girls? 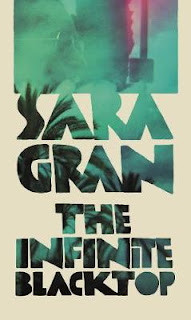 Driven off the desert road and left for dead, Claire DeWitt knows that it is someone from her past trying to kill her, she just doesn't know who. Making a break for it from the cops who arrive on the scene, she sets off in search of the truth, or whatever version of it she can find. But perhaps the biggest mystery of all lies deeper than that, somewhere out there on the ever rolling highway of life. Set between modern day Las Vegas and LA, The Infinite Blacktop sees Claire at her lowest point yet, wounded and disorientated, but just about hanging on. Too smart for her own good, too damaged to play by the rules, too crazy for most - have you got what it takes to follow the self-appointed 'best detective in the world'? The Infinite Blacktop is by Sara Gran 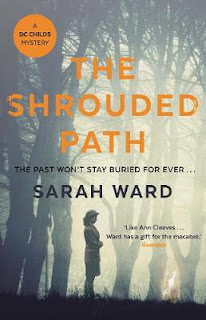 The Shrouded Path is by Sarah Ward.  The past won't stay buried forever. November, 1957: Six teenage girls walk in the churning Derbyshire mists, the first chills of winter in the air. Their voices carrying across the fields, they follow the old train tracks into the dark tunnel of the Cutting. Only five appear on the other side. October, 2014: a dying mother, feverishly fixated on a friend from her childhood, makes a plea: 'Find Valerie.' Mina's elderly mother had never discussed her childhood with her daughter before. So who was Valerie? Where does her obsession spring from? DC Connie Childs, off balance after her last big case, is partnered up with new arrival to Bampton, Peter Dahl. Following up on what seems like a simple natural death, DC Childs' old instincts kick in, pointing her right back to one cold evening in 1957. As Connie starts to broaden her enquiries, the investigation begins to spiral increasingly close to home. 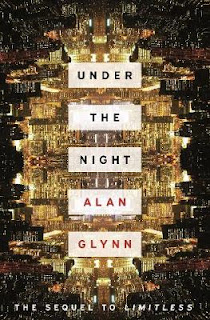 Under the Night is by Alan Glynn.  1950s Manhattan - Ad man Ned Sweeney finds himself an unwitting participant in MK Ultra trials, the CIA's covert study of psychoactive drugs. The experiment introduces him to MDT-48, a mind-expanding smart drug, which takes him away from his wife and young son and straight to the corridors of the richest and most powerful people of his day. But before long, Ned is dead. Over 60 years later, Ned's grandson, Ray, meets Clay Proctor - a retired government official who may be able to illuminate not only Ned's life and death, and also the truth behind the mysterious MDT-48. Both a sequel and prequel to Alan Glynn's classic debut. 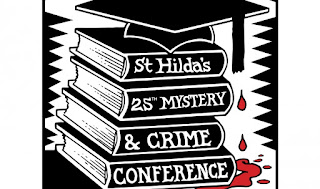 ‘There are no true friends in politics. We are all sharks circling, and waiting, for traces of blood to appear in the water.’  Alan Clark Diaries.

Launched in 1994, this conference offers the audience the unique experience of hearing their favourite authors exploring a theme. It has become a significant entry in the calendar of crime fiction conferences and is a wonderful way to spend a weekend with like-minded devotees of crime fiction. Speakers will examine the many areas crime fiction covers: the police detective, historical, ‘hard- boiled’, clerical, classical fairy tales, domestic, the golden age gems, and the light-hearted. We offer challenging talks, excellent meals, on-site accommodation, Oxford itself, and amazing camaraderie.

Beginning on Friday evening with a dinner and drinks reception, the conference will feature a weekend of talks, discussions and author signings, finishing up with a traditional farewell lunch on Sunday.

The PD James Conference Dinner is held on Saturday night– proceeds go to the PD James Fund which supports the work of the English School and students at St Hilda’s College, kindly endowed by Honorary Fellow P. D. James

When booking, the opportunity is available to make an additional voluntary donation to the P.D. James Memorial Fund.

Please note we are unable to issue refunds after the booking deadline has passed. To register for the mailing list and receive more information, please email Triona Adams.

For information on requesting accommodation in College, please visit our Requesting Accommodation page. Rooms are limited, so early booking is recommended.

We regret that parking in College is currently limited to Blue Badge holders only.