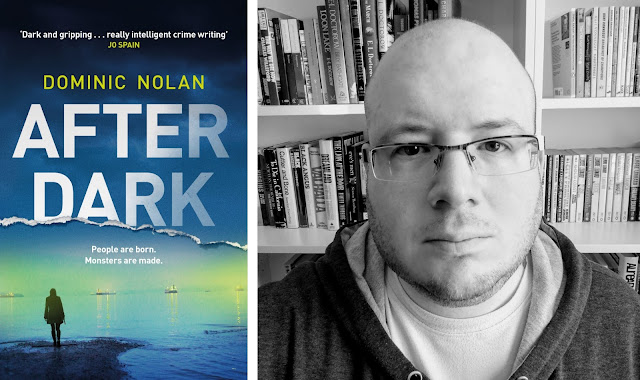 A new name in thriller writing is one to watch out for - Dominic Nolan.

His debut novel Past life was released to great acclaim, though a caveat must be deployed. His work is not only seriously addictive, but also violently thought provoking.

The writer Amy Myers, said of his debut PAST LIFE –

Past Life is Dominic Nolan’s debut novel and the quality of this thriller ensures that the path lies open for powerful successors. The story of ex-policewoman Abigail Boone (always known as Boone) and her bid to track down a sadistic sexual killer.

"the violence in the novel is extreme."

Dominic kindly wrote an article for Shots last year, about his love of the US author Newton Thornburg best remembered for the 1976 Thriller novel Cutter and Bone which was filmed with Jeff Bridges’ as Cutter’s Way in 1981.

Nolan wrote of his pursuit of that novel, something that many of us can relate to –

I searched the crime and general fiction sections for any sign of him and then searched again, because imagine asking at the counter only to find you’d missed the thing sitting there in plain sight—that way abject mortification lies. The staff at Ottaker’s were always incredibly helpful, and though they hadn’t heard of the book or of Thornburg, they gladly looked it up. Yes, Cutter and Bone, there it was. A hardback from Heinemann in 1978, no longer in print. A paperback from Simon and Schuster in 1988 as part of their Blue Murder range (a selection edited by lifelong champion of neglected crime fiction, Maxim Jakubowski, which had put out volumes from Dolores Hitchens, David Goodis, Leigh Brackett, and William McGivern among others). Unfortunately, they couldn’t source a copy.

You can read about Dominic’s pursuit HERE 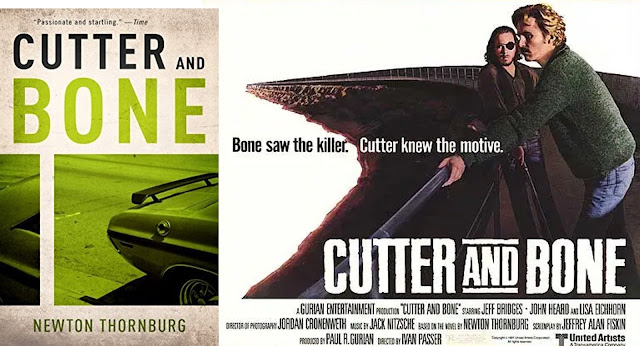 Shots are delighted to offer our readers, thanks to Headline Publishing and exclusive taste of what’s coming with this highly anticipated publication, as we host exclusively the opening to AFTER DARK .

PART ONE
IN THE FUTURE
PERFECT
1
Present day

To read more, pre-order AFTER DARK  which is released next week [March 5th 2020] from Headline Publishing 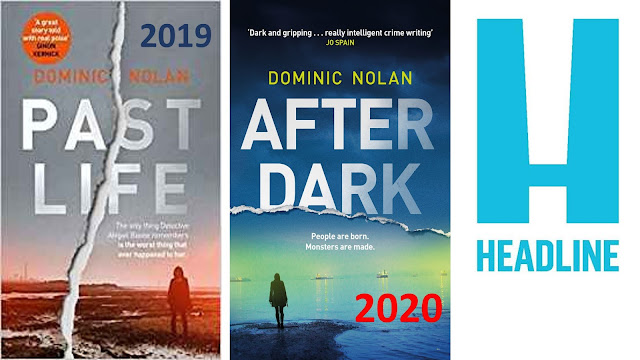 The author goes by the handle @NolanDom on Twitter. 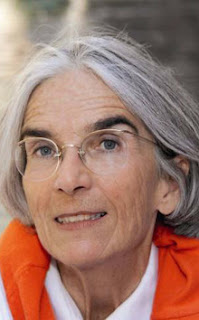 An evening with Donna Leon
Thursday 2nd April, 6.30pm
Donna Leon, who was named by The Times as one of the 50 Greatest Crime Writers, returns with her latest book,Trace Elements - the twenty-ninth instalment in the highly acclaimed, internationally bestselling Commissario Guido Brunetti series of books, where a woman's cryptic dying words in a Venetian hospice lead Brunetti to uncover a threat to the entire region.

Once again, Donna's memorable characters and storytelling skills engage our sensibilities as to the differences between guilt and responsibility.

Donna will be in conversation with Jim Kelly, author of The Mathematical Bridge.

Tickets are £7 in advance and can be bought here.
Trace Elements by Donna Leon Published by Cornerstone. Out 5 March 2020. 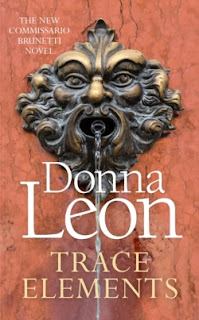 A woman's cryptic dying words in a Venetian hospice lead Guido Brunetti to uncover a threat to the entire region in Donna Leon's haunting twenty-ninth Brunetti novel.  When Dottoressa Donato calls the Questura to report that a dying patient at the hospice Fatebenefratelli wants to speak to the police, Commissario Guido Brunetti and his colleague, Claudia Griffoni, waste no time in responding.  'They killed him. It was bad money. I told him no', Benedetta Toso gasps the words about her recently-deceased husband, Vittorio Fadalto. Even though he is not sure she can hear him Brunetti softly promises he and Griffoni will look into what initially appears to be a private family tragedy. They discover that Fadalto worked in the field collecting samples of contamination for a company that measures the cleanliness of Venice's water supply and that he had died in a mysterious motorcycle accident. Distracted briefly by Vice Questore Patta's obsession with youth crime in Venice, Brunetti is bolstered once more by the remarkable research skills of Patta's secretary, Signora Elettra Zorzi.  Piecing together the tangled threads, in time Brunetti comes to realize the perilous meaning in the woman's accusation and the threat it reveals to the health of the entire region. But justice in this case proves to be ambiguous, as Brunetti is reminded it can be when, seeking solace, he reads Aeschylus's classic play The Eumenides.

CALL FOR PAPERS: The Female Detective on TV 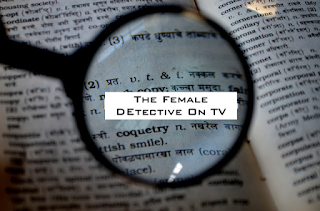 MAI: Feminism & Visual Culture (maifeminism.com) invites academic authors with expertise in television studies and other related disciplines to contribute to our upcoming special issue on female detectives on TV.

For decades now, the female detective has occupied space within a genre that has been all-too-often reserved for the celebratory storylines of self-sacrificial men. She has served to break down sexist barriers placed before women within professional and personal frameworks, acting as an on-screen surrogate and inspiration for (female) spectators. The popularity of female-led TV crime drama across the world points to her success in captivating widespread audience attention.

Certain series such as The Killing (Denmark 2007-2012, US 2011-2014), The Bridge (Sweden 2011-2018, US 2013-2014), The Fall (UK 2013-2016), and Top of the Lake (NZ/Australia 2013/2017), have been singled out for how their female protagonists (Sarah Lund/Sarah Linden; Saga Noren; Stella Gibson, and Robin Griffin) resonate with viewers across transnational borders. Meanwhile, on primetime episodic US TV crime drama, Mariska Hargitay’s 21-year stint as Olivia Benson on Law & Order: Special Victims Unit (US 1999-present) – the longest running live-action TV series in American history – has turned her into a ‘touchstone figure’ (Moorti and Cuklanz 2017). Hargitay’s real-life activism, and her dedication to fighting sexual violence against women, has attained important cultural recognition, as Law & Order: SVU itself has received renewed critical consideration in the wake of the #MeToo movement.

Notably, though, the female detectives mentioned in the above paragraph are overwhelmingly white. What shifts occur in the genre when a non-white female actor helms the main role as detective? What new possibilities, for example, are opened up by the emergence of black female legal investigators and detectives on network series such as ABC’s How to Get Away with Murder (US 2014-2019) and online TV series such as Netflix’s Seven Seconds (US 2018)? And to what extent is TV crime drama able to meaningfully engage with issues of intersectionality and the precariousness of social justice in twenty-first century society?

We hope to open further debate on the subject of the female detective in all her guises. Staying true to MAI spirit, we are seeking papers written from intersectional and multivalent feminist perspectives. We hope this issue not only examines the figures and representations of women crime investigators on the screen, but also situates their work in related social, cultural and political contexts.

Our definition of the female detective is broad and inclusive. She can, but doesn't have to be a private eye or a police professional, just as long as she pursues social justice or truth.

While analyses of current and recent examples seem to be an obvious priority as far as contribution to the field knowledge of visual culture analysis, we also welcome papers on female detectives from the past.

In particular, we would like to encourage authors to consider submitting articles on the following titles:
We recognise that there are many more titles of interests, and the list could run quite long. If you wish to propose a paper on any other TV title, please get in touch with the editors to discuss your suggestion: contact@maifeminism.com

We plan to publish this issue in the first half of 2021.

Please send your abstracts and forward responses to this call to contact@maifeminism.com