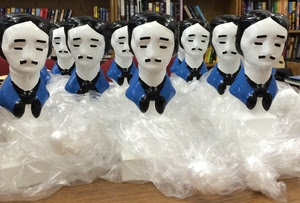 Mystery Writers of America at its 70th gala dinner announced the winners on 29th April 2016 of the 2016 Edgar Allan Poe Awards, honouring the best in mystery fiction, non-fiction and television published or produced in 2015. 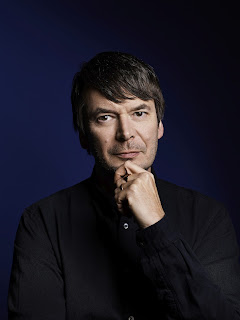 Henry Sutton, senior lecturer in Creative Writing at UEA, co-director of UEA's MA in Prose Fiction, said:
"We are thrilled to be welcoming Ian Rankin to UEA. His extraordinary experience and expertise as a writer of contemporary fiction will be invaluable to our current students, from undergraduates to those studying for PhDs. Ian will also be involved in UEA's new Crime Fiction MA - the crime fiction genre being an area of increasing expertise at the university."
Posted by Ayo Onatade at 22:44 No comments: 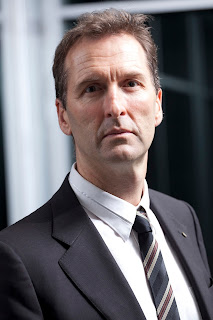 Today’s guest blog is by novelist Paul E Hardisty.  Canadian by birth but a resident of Western Australia he is a university professor and Director of Australia’s national land, water, ecosystems and climate adaptation research programmes.

At the start of The Evolution of Fear, Claymore Straker is alone, a fugitive.  He is also a prisoner of his past. As a young solider on the front lines of the dirty proxy war in south west Africa in the early 1980’s, when apartheid South Africa was fighting for its life against communist aggression, Clay came face to face with a specific and unique brutality that left him scarred and lost.  Now, thirteen years later, as paid assassins close in, he realises that the woman he loves is also a target. To survive, to protect her, to have any kind of future, he must reassess everything.  He must either evolve – learn to change - or accept the consequences.

Evolution, both as philosophical construct and scientific theory, is a compelling idea: that all life is guided by an impulse to survive, and so to pass on its genes. Individuals exhibiting traits that ensure survival – better health, a beak better able to access available food supplies, a bigger brain – will live long enough to reproduce and those genetic traits will, over time, become better represented in the general population.  Over time, the characteristics of the species will evolve as the traits of the successful individuals come to dominate the population. But can individuals also evolve?  Can human beings change themselves, fundamentally, through experience and learning and applied will, to alter their own lives, and the lives of others?  These ideas form one of the central themes of the book. 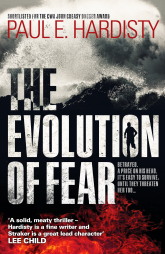 The Evolution of Fear is the sequel to the CWA Creasy New Blood Dagger award short-listed The Abrupt Physics of Dying. The story carries on where the first book left off, with Clay Straker hunted by the Russian mafia and wanted for murder in two countries.  The things he has done in his life, both during the war in Angola, and more recently in Yemen and the UK, have shaped who he is, have left him with profound regrets and severe post-traumatic stress. The basic idea for the sequel came in the form of a journey.  To find Rania, the woman he loves – also a target for the mafia’s wrath – he must cross storm-swept seas, track into the Swiss Alps, to Istanbul, and finally to Cyprus, where events climax and Clay learns what matters in life, and what does not.

There are friends along the way, too – old comrades thought lost regained, and unexpected acts of kindness from strangers. There are also the inevitable counterpoints of fear and loss, betrayal by those thought closest. For evolution’s natural partner is extinction. Some prosper and grow, some wither and fade away. Every journey is punctuated with crests and troughs, with moments of realisation that can, if we let them, shape who we are.

The Evolution of Fear in many ways wrote itself.  I know the places – Switzerland, Istanbul, Cyprus – well.  Each has called to me at different times in my life. The journey of realisation was one that Claymore Straker the character had to take, if he was to continue living.  I originally wrote the first book as a standalone, with Clay dying in the end. Because he survived, the journey became inevitable, necessary. Either he evolves, or he dies. 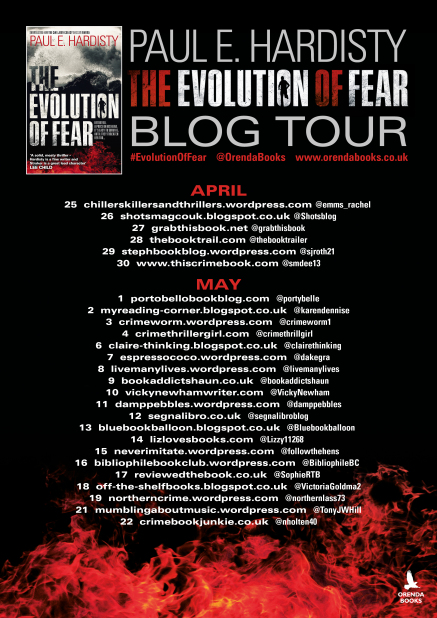 To find out more about Paul E Hardisty follow him on Twitter @Hardisty_Paul or check out his website here.
Posted by Ayo Onatade at 09:00 No comments:

“Dear me”: 6 things I wish I’d known before writing my book 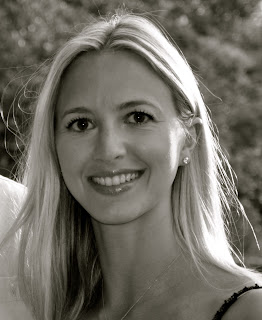 It’s you! From the future! On the brink of publication. Except you have no idea. I’m watching you right now: the doubt clouds your eyes as you stare at the blank page in front of you. You glance at the ‘Keep Going’ print above your desk; then at the clock on the wall (yep, you’re picking your son up from nursery in an hour). Listen up to what I’ve learnt, and know that I’ve got your back.

1. When people ask what you do, look them in the eye and repeat after me: I’m a writer. Don’t mumble when you’re explaining that you don’t have a publisher yet. Don’t apologise for taking a risk; don’t feel embarrassed. Guess what: there is a hundred per cent chance you will fail to get a book deal if you don’t write a book. Getting published doesn’t make you a writer; it makes you a published writer. So, start writing.

2. You know that Abraham Lincoln quote you like to trot out: “Give me six hours to chop down a tree and I will spend the first four sharpening the axe.” Dude, stop taking it so literally. Sure, those how-to-write-a-novel books help, but the past three months you’ve spent devouring a whole bookcase-full? That was time better spent writing. There’s a reason a group of writers is called a ‘procrastination’ (actually, I made that up, but it should be). So, start writing.

3. Get on social media. The Twitter account that still says you’re the Assistant Editor of GLAMOUR. Update it. The Facebook profile you haven’t changed for a year. Do it. Join GoodReads and Instagram. Start connecting with people. Don’t wait for your agent to tell you off (and, yes! You have an agent!) 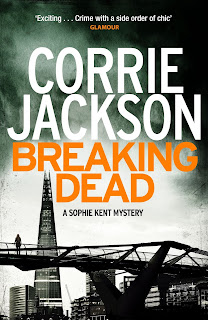 4. Ha ha! That romantic notion you have that says you can’t write until Lady Inspiration wafts down from the clouds and settles on your shoulder? Total bullshit. You don’t have time to wait for her. You’re picking your son up in an hour, remember? Inspiration happens when you sit down and write. It really is that simple. Start bloody writing.

5. The first paragraph you wrote, the one you edited fifteen times before slamming your head down on your desk? Move on. It’s shit. It won’t even make it into the second draft. While I’m at it: the first ten thousand words you are about to write in the third-person? You’ll bin those in a couple of weeks. First-person works better. But don’t panic. Keep writing.

6. You’ll get bored. You’ll get lonely. You’ll wonder how you’ve gone from the buzz of a glossy fashion magazine to the tumbleweed of your tiny office. You’ll stare at the computer wondering how you got here, and if it’s too late to stop. Yes, it’s too late. But soon, the very next page in fact, you’ll write something that makes your heart sing and you’ll realise this is exactly where you should be. 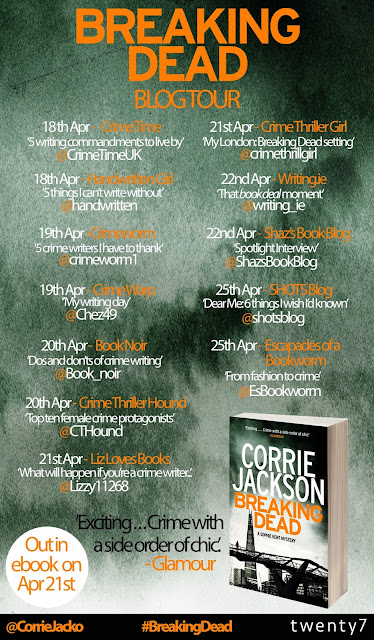