Rewriting the Past, ‘Based on a True Crime 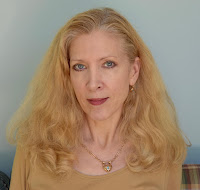 A fundamental part of a mystery story is discovering what is fact and what is fiction, who is telling the truth and who is not. Is a witness’s memory reliable and has that witness correctly interpreted what he or she has seen? If this investigative process goes awry, the wrong man or woman may be convicted.

Edgar Allan Poe and the London Monster takes a true crime story and twists it into a fictional tale by re-imagining ‘who-dunit’, then revisiting the recorded facts of the crimes from the point-of-view of these imagined perpetrators. The historical facts are these: from 1788 - 1790 a person or persons attacked over fifty women, slashing their skirts and derrières. In that era, intentionally defacing another person’s clothing in public was a felony that could be punished by transportation or hanging. Descriptions of the male perpetrator varied considerably, which did not help with his apprehension. Hysteria mounted as attacks escalated in 1790 and vigilantes were formed; women wore copper pots to shield their posteriors; and a £100 reward was offered for the villain's capture and conviction. Soon after the reward was posted, a victim claimed to spot her assailant who was duly arrested and, after two trials, imprisoned for six years.

But was the right person convicted? Certainly the accused had not been proven guilty with hard evidence. The Old Bailey transcripts of the trials reveal them to be high farce. If the accused were truly innocent and two actors with a facility for disguise were the real culprits (as some newspapers of the day suggested) then what was the story of the actual perpetrators who got away with it? That was the alternative history I wanted to write, and I played profiler to develop the tale.

First of all, I had to pin down motive. I am most interested in crimes with a personal motive, so I settled on revenge. I decided that the perpetrators would be a husband and wife team, ‘theatre-folk’ but with different family backgrounds, which was a source of conflict. I then went through each London Monster attack and invented a context for it, deciding who did the slashing and why, presenting details of the crimes in letters the couple exchanged. 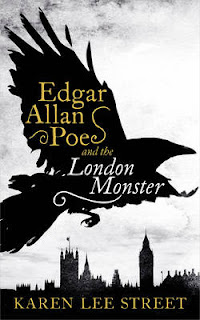 This collection of letters, apparently written by his grandparents, is delivered to Edgar Allan Poe in 1840, an inheritance that makes him travel to London to prove that the missives are forgeries; his grandparents are innocent; and the London Monster is merely a fabrication rather than fact. And so begins the mystery that he and his friend the great ratiocinator C. Auguste Dupin must unravel while someone, motivated by revenge, watches their every move and reveals, bit by bit, further events from the past that come back to haunt Poe.

Karen Lee Street is the author of Edgar Allan Poe and the London Monster (Point Blank Books, 7 April 2016, hardback £14.99), the first of a trilogy.

Summer, 1840. Edgar Allan Poe sails from Philadelphia to London to meet his friend C. Auguste Dupin, in hope that the great detective will help him solve a family mystery. For Poe inherited a mahogany box containing a collection of letters allegedly written by his grandparents, Elizabeth and Henry Arnold. The Arnolds were actors who struggled to make a living on the London stage, but the mysterious letters suggest that the couple played a more clandestine role - stalking well-to-do young women at night, to slice their clothing and derrieres. Poe hopes to prove the missives forgeries; Dupin wonders if they are real, but their content is fantasy. Soon Poe is being stalked by someone who knows far more about his grandparents and their crimes than he does. And then he remembers disturbing attacks made upon him as a child in London ...Could the perpetrators be connected? 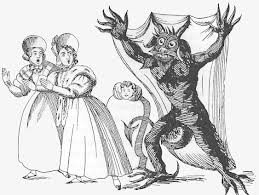 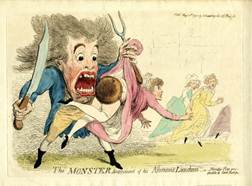 Her publications include Tattoos and Motorcycles, a collection of short stories linked by a crime, and Writing and Selling Crime Film Screenplays. This is her first novel.

this sounds to be a very good read! on my wish list!