Ruth Rendell was an acknowledged master of psychological suspense: these are ten (and a quarter) of her most chillingly compelling short stories, collected here together for the first time.  In these tales, a businessman boasts about cheating on his wife, only to find the tables turned. A beautiful country rectory reverberates to the echo of a historical murder. A compulsive liar acts on impulse, only to be lead inexorably to disaster. And a wealthy man finds there is more to his wife's kidnapping than meets the eye.   Atmospheric, gripping and never predictable, this is Ruth Rendell at her inimitable best. A Spot of Folly is by Ruth Rendell.

The Case of the Purloined Brooch: Sir Arthur Conan Doyle, a Sensational Glasgow Murder and the Quest for Justice by Margalit Fox.  On 21 December 1908 Marion Gilchrist, a wealthy 82-year-old spinster, was found bludgeoned to death in her Glasgow home. There were no suspects and no signs of forced entry, but a valuable diamond brooch was missing. Seventeen years later a convict called William Gordon was released from Scotland's remote Peterhead Prison: concealed in a false tooth and written on waterproof paper minutely folded and tightly rolled, was an urgent message. It was from Oscar Slater, the German Jew and part-time pimp, who had spent the previous 16 years in Peterhead for Marion Gilchrist's murder. The message appealed for help from the one man he believed could prove his innocence: Sir Arthur Conan Doyle. This book is a vivid account, drawn entirely from contemporary sources, of Sir Arthur's ultimately successful quest to overturn Slater's conviction, now considered one of the great miscarriages of justice in Scottish history. 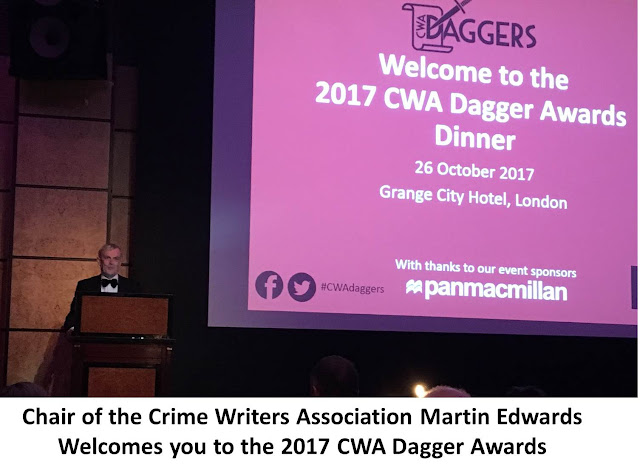 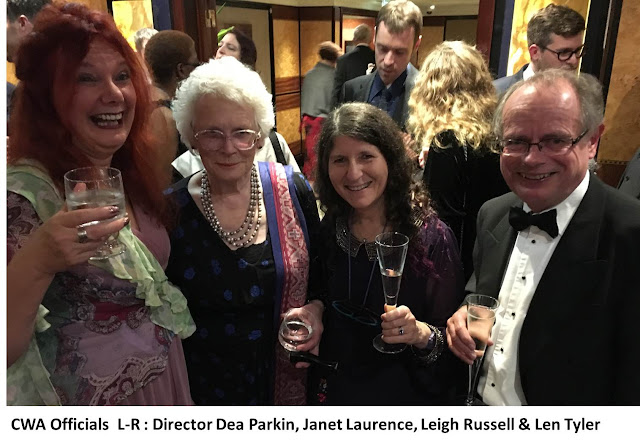 The usual suspects took a back seat as first-time crime writers Fiona Sussman, Finn Bell, and Michael Bennett swept the spoils at the 2017 Ngaio Marsh Awards in Christchurch on Saturday night.

The talented trio made history on several fronts at a special WORD Christchurch event hosted in Dame Ngaio’s hometown by Scorpio Books as part of nationwide NZ Bookshop Day celebrations.

“Each of our winners this year is a remarkable storyteller who uses crime writing as a prism through which to explore broader human and societal issues,” said Ngaios founder Craig Sisterson. “When we launched in 2010 we wanted to highlight excellence in local crime writing, beyond traditional ideas of puzzling whodunits or airport thrillers. Our 2017 winners emphasise that broader scope to the genre, and showcase the inventiveness and world-class quality of our local storytellers.”

Sussman is the first female author to win the Ngaio Marsh Award for Best Crime Novel. THE LAST TIME WE SPOKE (Allison & Busby) is her second novel but the first foray into crime storytelling for the former GP who grew up in Apartheid South Africa. It explores the ongoing impact of a brutal home invasion on both victim and perpetrator. “Laden with empathy and insight,” said the international judging panel. “A challenging, emotional read, harrowing yet touching, this is brave and sophisticated storytelling.”

It took Sussman seven years to research and write her winning novel. She travelled Aotearoa visiting prisons, talking to police and victims, inmates and ex-gang members, and seeking advice from Māori writers to ensure she brought authenticity to the disparate worlds of her characters. She won a Ngaios trophy, special edition of a Dame Ngaio book, and $1,000 cash prize courtesy of WORD Christchurch.

Self-published e-book author Finn Bell won Best First Novel for DEAD LEMONS and was a finalist for Best Crime Novel for PANCAKE MONEY. His debut explores themes of addiction, loss, and recovery as a wheelchair-bound man contemplating suicide decamps to a remote cottage in Southland, only to be obsessively drawn into a dangerous search for a father and daughter who went missing years before.

Bell has worked in night shelters, charities, hospitals, and prisons. He is the first author to ever have two books become finalists in a single year. The judges called him "a wonderful new voice in crime writing” who “delivers a tense, compelling tale centred on an original, genuine, and vulnerable character."

Experienced filmmaker Michael Bennett (Te Arawa) won the inaugural Ngaio Marsh Award for Best Non Fiction for IN DARK PLACES (Paul Little Books), the astonishing tale of how teenage car thief Teina Pora spent decades in prison for the brutal murder of Susan Burdett, and the remarkable fight to free him. The international judging panel called it “a scintillating, expertly balanced account of one of the most grievous miscarriages of justice in New Zealand history".

“Decades ago a woman from Christchurch was among the biggest names in the books world,” said Sisterson. “In recent years there’s a growing appreciation abroad for the top talent of our contemporary Kiwi crime writers; a reputation that’s going to flourish even more thanks to this year’s winners.”

For more information about the Ngaio Marsh Awards, contact the Judging Convenor: craigsisterson@hotmail.com or ngaiomarshaward@gmail.com.
Posted by Ayo Onatade at 08:30 No comments:

On Thursday 26th October the 2017 Crime Writers Dagger Awards were given out at the Grange City Hotel London.  The evening started with a drinks reception before the dinner. It was a lovely chance to get to say hello and catch up with so many friends and crime writers who were in attendance.

Current Chair of the CWA Martin Edwards kicked off the evening by welcoming everyone to the event after dinner.  This was followed by a very witty and entertaining after dinner speech by Robert Thorogood who is best known as being the author of the Death in Paradise series.

Before the formal awards were given out Barry Forshaw was awarded the Red Herring award, which is normally given to someone whose contributions to the work of the CWA, are of special merit and should be celebrated and recognised.   Huge congratulations go to Barry Forshaw for the Red Herrings Award.

The following Dagger Awards were awarded –

Dagger in the Library to Mari Hannah

In their acceptance speeches both Anne Cleeves and Mari Hannah extolled the virtues of local libraries and urged people to support them.