The Worst Man in the World by Andrew Harris 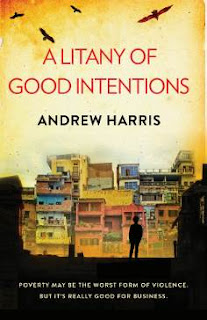 It was a journey I’d done before. Manchester to Southampton. Six or seven hours depending on the traffic round Birmingham. This time I’d be doing it alone after a long day in the office. I needed to stay awake. Needed to concentrate on something.

It was all planned out. Fill up and grab a sandwich on the M40. Oxford Ring Road, nip down A34, pick up M3 then on to M27. Piece of cake, as one of le Carre’s characters would put it in that laconic, understated style. But I wasn’t to be alone.

As I accelerated onto the M6, I slipped in the first cassette. A soft voice coated in honey positively oozed out of the hidden speakers. I got comfortable and set cruise control.


The Night Manager, written and read by John le Carre.

By the time I’d reached Stoke, the irritating phone calls had stopped. I’d had to re-wind each time so as not to miss a beat. The story was unfolding beautifully, the inflection in le Carre’s voice just enough to denote a different character. It was hypnotic.

I was there in Switzerland at the hotel with Jonathan Pine when ‘the worst man in the world’ made his entrance. I could see the cavalcade of vehicles parked neatly outside as his entourage swept into the lobby.

Castles of luggage had been disgorged. Passports had been handed over with military precision. Hotel registration forms were being signed by the man who signed; not by the man himself.

As I pulled into Warwick Services, I was convinced I was being followed. Was the attendant really working for the service station or was he MI6? Were Roper’s boys tampering with the car while I was in the toilets? I admit, I checked under the wheel arches when I came out and took a long look at the other vehicles and the drivers.

I don’t remember joining the M3. By then I was captured by his sharp descriptive prose – ‘eyes shallow as paint’… ‘cascades of chestnut hair’… ‘the maddening line of her hips’.

The story made me think then as it still does now. In the real world, how do terrorists get hold of the weapons, ammunition, materiel? Or toys, as Roper calls them. Just toys in the game. And that’s what it seems to be – a big game played by willing participants for mutual benefit.

So how and when do good intentions go bad? How can world class security systems, end-user certification processes, rigorous authentication procedures allow arms manufacturers to inadvertently supply weapons to the terrorists trying to destroy our own society?

Maybe we should ask the real Richard Onslow Ropers out there. Le Carre has such a masterful insight and strong finger on the pulse of international arms dealing that I could well believe he already has.

For me he is the Master of creating crime fiction with a social conscience. I am a disciple and guess I always will be. The man has to live forever. My copy of his new novel, A Legacy of Spies, arrives next week. Another adventure awaits.

Wonder if there’s an audio version? 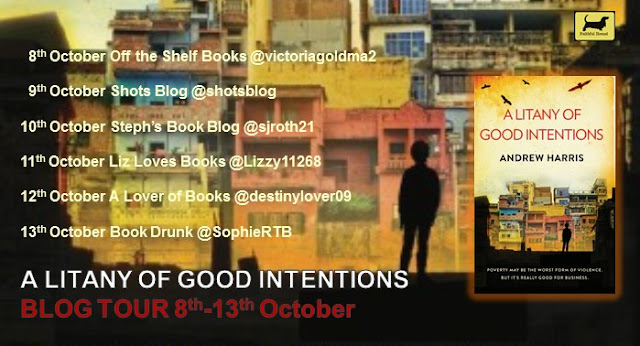 A Litany of Good Intentions by Andrew Harris is published 12th October by Faithful Hound, price £12.99


Leading oncologist Dr Hannah Siekierkowski and her partner Lawrence McGlynn are visiting New Delhi for a conference, and enjoying a well-earned break. By chance, they meet Lawrence’s old friend Toby and his passionate daughter Okki, a charity worker. She introduces them to the organisation Sanitation In Action, and its charismatic leader, the young Chinese philanthropist Jock Lim.  An end to world poverty is more than just a dream for Jock. Through his charity connections and his fiancée Nisha’s extraordinary scientific breakthrough, Jock has discovered a way to release 2.6 billion people from the imminent threat of death and disease. Caught up in their passion and energy, Hannah agrees to help present their project at a conference in Uppsala, Sweden.  But with the discovery of a dead body, they realise that someone will stop at nothing to prevent them from achieving Jock’s dream. As the clock ticks down to the conference, Hannah and Lawrence are drawn into a web of corporate greed, racial prejudice and a seething hatred of the new world order: a hatred that originates back in the Second World War, with even earlier links to Einstein’s general theory of relativity.
Posted by Ayo Onatade at 03:00