Doin’ It For Themselves: 2020 Ngaio Marsh Award longlist revealed

A widow on the run while living with mental illness, a teenager growing up in a rural cult, and a pre-teen girl in small-town Otago inspired by Nancy Drew to investigate the murder of her schoolteacher are among a diverse array of heroines whose stories and escapades have today been named on the longlist for the 2020 Ngaio Marsh Award for Best Novel.

“In what has been a really unusual year for so many people around the world, we’re really glad to be able to once again highlight some great Kiwi storytelling,” says founder Craig Sisterson. “So many people turned to the creative sector while in lockdown – reading books and watching films and shows for entertainment, comfort, and escape. While we were saddened to have to cancel a dozen or more library events in April and May, to help keep everyone safe, we are stoked we can now celebrate some of our local authors.”

The Ngaio Marsh Awards judges, spread throughout the world and in a variety of rāhui and lockdown situations, were impressed by the variety of this year’s entrants and the many new voices who had joined the ‘yeahnoir’ scene, says Sisterson. “Along with some wonderful debut authors, we’ve had a number of experienced writers from other genres – ranging from kids’ books to literary fiction to playwrighting and paranormal romance – bring their storytelling talents to the crime, thriller, and suspense realm for the first time.”

The Ngaio Marsh Awards have celebrated the best New Zealand crime, mystery, thriller, and suspense writing since 2010. The longlist for this year’s Best Novel prize is:

SHADOW OF A DOUBT by SL Beaumont (Paperback Writers Publishing)
TRUST ME, I'M DEAD by Sherryl Clark (Verve Books)
WHATEVER IT TAKES by Paul Cleave (Upstart Press)
ONE SINGLE THING by Tina Clough (Lightpool Publishing)
GIRL FROM THE TREE HOUSE by Gudrun Frerichs
AUE by Becky Manawatu (Makaro Press)
THE NANCYS by RWR McDonald (Allen & Unwin)
HIDE by SJ Morgan (MidnightSun Publishing)
THE GREAT DIVIDE by LJM Owen
IN THE CLEARING by JP Pomare (Hachette)
THE WILD CARD by Renee (Cuba Press)
A MADNESS OF SUNSHINE by Nalini Singh (Hachette)

The longlist is currently being considered by a judging panel of crime, thriller, and suspense writing experts from the United States, United Kingdom, Australia and New Zealand.

The finalists for both this Best Novel category and Best First Novel will be announced later this year. The finalists will be celebrated, and the winners announced, as part of a special event at this year’s WORD Christchurch Festival, held from 29 October to 1 November.

An online video highlighting the  twelve longlisted books can be seen below.

For more information on this year’s longlist, or the Ngaio Marsh Awards in general, please contact founder and judging convenor Craig Sisterson, craigsisterson@hotmail.com
Posted by Ayo Onatade at 10:47 No comments: 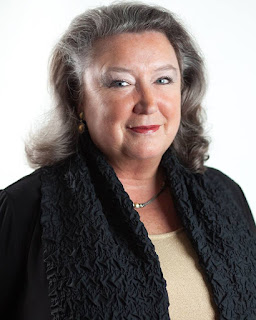