The ABA Journal and the University of Alabama School of Law have announced the finalists for the fifth annual Harper Lee Prize for Legal Fiction. The books picked as this year’s finalists are My Sister’s Grave, by Robert Dugoni; Terminal City, by Linda Fairstein; and The Secret of Magic, by Deborah Johnson. The prize, which is co-sponsored by the two groups and authorized by Harper Lee, has been awarded each year since To Kill a Mockingbird’s 50th anniversary to the novel that best illuminates the role of lawyers in society and their power to effect change.

The panelists who will vote to select a winner from the group of finalists are Roy Blount Jr., author and humorist; Wayne Flynt, author and Alabama historian; Mary McDonagh Murphy, independent film and television writer and producer; and Michele Norris, NPR host and special correspondent. The public is invited to cast their own votes on the book they think most deserves the prize; the public vote will act as a fifth judge. Voting closes on Friday, June 5 at 11:59 p.m.

The 2015 prize will be awarded Sept. 3 at the Library of Congress in Washington, D.C., in conjunction with the Library of Congress National Book Festival. The winner will be announced prior to the ceremony and will receive a copy of To Kill a Mockingbird signed by Harper Lee. Previous winners include John Grisham, for The Confession (2011) and Sycamore Row (2014); Michael Connelly for The Fifth Witness (2012); and Paul Goldstein for Havana Requiem (2013).

You can vote here.

My Sister’s Grave by Robert Dugoni

Tracy Crosswhite has spent 20 years questioning the facts surrounding her sister Sarah’s disappearance and the murder trial that followed. She doesn’t believe that Edmund House—a convicted rapist and the man condemned for Sarah’s murder—is the guilty party. Motivated by the opportunity to obtain real justice, Tracy became a homicide detective with the Seattle PD and dedicated her life to tracking down killers. When Sarah’s remains are finally discovered near their hometown in the northern Cascade mountains of Washington State, Tracy is determined to get the answers she’s been seeking. As she searches for the real killer, she unearths dark, long-kept secrets that will forever change her relationship to her past—and open the door to deadly danger.

From the world’s largest Tiffany clock decorating the 42nd Street entrance to its spectacular main concourse, Grand Central has been a symbol of beauty and innovation in New York City for more than 100 years. But “the world’s loveliest station” is hiding more than just an underground train system. When the body of a young woman is found in the tower suite of the Waldorf Astoria—one of the most prestigious hotels in Manhattan—assistant DA Alex Cooper and detectives Mike Chapman and Mercer Wallace find themselves hunting for an elusive killer whose only signature is carving a carefully drawn symbol into his victims’ bodies, a symbol that bears a striking resemblance to train tracks.

The Secret of Magic by Deborah Johnson

Regina Robichard works for Thurgood Marshall, who receives an unusual letter asking the NAACP to investigate the murder of a returning black war hero. It is signed by M. P. Calhoun, the most reclusive author in the country. As a child, Regina was captivated by Calhoun’s The Secret of Magic, a novel in which white and black children played together in a magical forest. Once down in Mississippi, Regina finds that nothing in the South is as it seems. She must navigate the muddy waters of racism, relationships, and her own tragic past.
Posted by Ayo Onatade at 16:35 2 comments:

Bodies from the Library at the British LIbrary 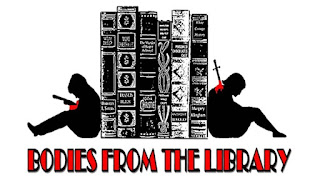 The success of the British Library Crime classics series shows that the public appetite for a well-constructed murder mystery has not diminished since the heyday of Christie and Sayers. Whether you are a fan of the gifted amateur detective – Lord Peter Wimsey, Gervase Fen – or the tenacious policeman – Inspector French, Roderick Alleyn – you will hear these, and many others, discussed by experts in the field. If you like puzzles – the body found in the middle of a snow-covered lawn with no footprints, the corpse found in a room locked from the inside; unbreakable alibis and unexpected murderers; books with floor-plans of the manor and timetables of the suspects’ movements; surprise solutions on the last page, the last paragraph, the last line – then you need to attend:

The programme can be found here.

Today’s guest blog post is by thriller writer John Altman whose latest novel Disposable Asset, takes place against the backdrop of ongoing brinksmanship with Putin’s Russia.  His article for Shotsblog is about modern surveillance and Edward Snowden, which links into the themes of his latest novel.

Western intelligence agencies, Edward Snowden has revealed, are not only infiltrating Islamic extremist groups and Russian sleeper cells; they’re also watching you, model citizen and responsible taxpayer, via the webcam and software already installed on the computer you bought at your local neighborhood superstore.

Whether you consider Snowden patriot or traitor, hero or narcissist – or, perhaps, all of the above – there’s no denying that his revelations drive home the uneasy inverse relationship between privacy and security. Other post-9/11 disclosures have raised similar issues: suspected enemies of the state have been detained indefinitely without trial, subjected to so-called ‘enhanced interrogation techniques’; the USA PATRIOT act has authorized roving wiretaps and government searches of business records. But these phenomena remain comfortably removed from the typical personal experience, and thus more firmly situated in the realm of theory. Snowden’s leaks, by contrast, hit the average Westerner where he or she lives – in front of his or her computer.

In my new novel Disposable Asset, Edward Snowden is not mentioned once by name, but his presence is felt on every page. Asset evokes Snowden explicitly, telling the story of an American defector who has fled to Russia with a cache of classified documents that expose intelligence overreaching, where, having been offered sanctuary by the Kremlin, he is murdered by a CIA assassin.

The book also confronts deeper implications raised by the cutting-edge technologies Snowden has revealed. As a manhunt develops for the assassin, we witness firsthand how, in the information age, privacy has become an antiquated concept. Cell phones are remotely accessed without users’ knowledge; facial recognition software combs through endless surveillance camera and quadrocopter drone footage; spy satellites with a resolution of five centimeters reconnoiter the earth’s surface from thousands of miles above; infrared cameras and parabolic microphones eavesdrop through walls and closed doors; the scantest traces of blood, skin or hair lead to complete DNA profiles, with the chances of different individuals sharing identical profiles one in one billion. 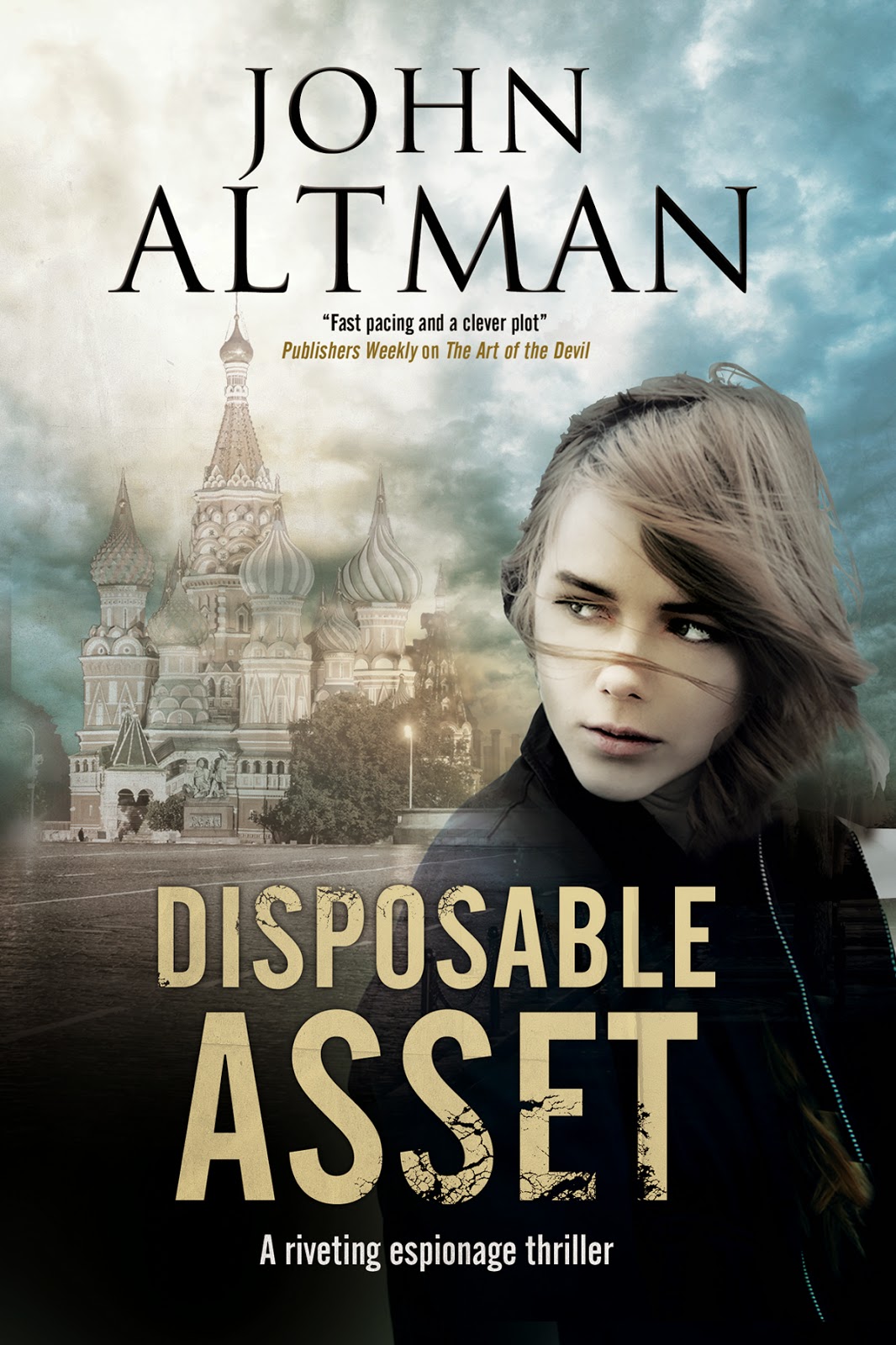 But pointing out the scary efficiency of modern surveillance tells only half of the story – for the book also describes a reenergized Russian Empire, a reinvigorated network of secret prison camps in Siberia, and a ruthless and determined inner circle at a Kremlin that harbors little respect for human rights and none whatsoever for civil liberties. The question Disposable Asset ultimately poses, then, is which manifests the greater danger to the West: the external threat of a Russia that resembles ever more closely an artifact from the Cold War, or the creeping internal threat posed by the compromising of personal freedoms in the name of national security?

Of course this particular balancing act, between external threat and internal rights, is nothing new. But as intelligence gathering grows more efficient, more automated, and more intrusive, and the lingering specter of 9/11 reminds us all too acutely of the cost of failures regarding national security, the question of what balance is the right balance seems more immediate than ever before.

Disposable Asset
A nineteen-year-old runaway goes head-to-head with the Kremlin and a seasoned CIA operative in a thrilling tale of international intrigue and revenge.  Having completed her mission to silence an agency defector, CIA operative Cassie Bradbury finds herself cut adrift in Moscow with no documents, no tickets and no identification. Hot on her trail are the Kremlin, the Russian Mafia – and Sean Ravensdale, the disgraced ex-CIA agent who has been sent to track her down.  Realizing that she has been set up and is now expendable, Cassie will need all her courage and resourcefulness to outwit her pursuers – and stay alive long enough to exact revenge on the man who recruited her, who trained her – who betrayed her.