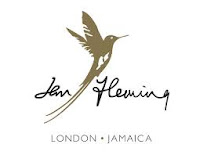 JAMES BOND RACES AGAINST A COUNTDOWN TO TERROR IN
TRIGGER MORTIS

Anthony Horowitz lifts lid on title of new 007 novel and
announces “Pussy Galore is back!”

Anthony Horowitz reveals today (28th May), on what would have been James Bond creator Ian Fleming’s 107th birthday, that his forthcoming official 007 adventure is to be titled Trigger Mortis. In a move that will whet the appetite of fans worldwide and is unprecedented among recent Bond novels – the contents have always been shrouded in mystery until publication – Horowitz divulges that the secret agent’s new adventure begins in 1957, two weeks after the events of Fleming’s Goldfinger. Horowitz places Bond in the middle of the Soviet-American Space Race as the United States prepares for a critical rocket launch, and brings back the most famous Bond Girl of all: Pussy Galore!

Horowitz is the latest contemporary novelist to tackle literature’s greatest action hero, and the first toplace his work directly within Fleming’s original canon. As well as Pussy Galore, the book features: brand new Bond Girl Jeopardy Lane; Jai Seung Sin, a sadistic, scheming Korean adversary hell-bent on vengeance; and breathless, globe-trotting adventure. Uniquely among latter-day Bond authors, Horowitz has included original Ian Fleming material: a treatment for Murder on Wheels, an episode of a television series that was never made. Fleming’s text sees Bond in the high-octane world of motor racing and it is his never-used plot that kicks off the action of Trigger Mortis.

Anthony Horowitz said: “It was always my intention to go back to the true Bond, which is to say, the Bond that Fleming created and it was a fantastic bonus having some original, unseen material from the master to launch my story. I was so glad that I was allowed to set the book two weeks after my favourite Bond novel, Goldfinger, and I’m delighted that Pussy Galore is back! It was great fun revisiting the most famous Bond Girl of all - although she is by no means the only dangerous lady in Trigger Mortis. I hope fans enjoy it. My aim was to make this the most authentic James Bond novel anyone could have written.” 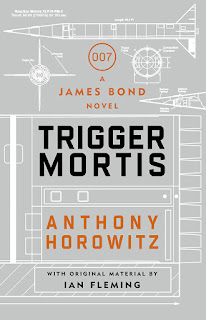 authorised by Ian Fleming Publications and the Ian Fleming Estate. Lucy Fleming, the niece of Ian Fleming, said: “What a brilliant birthday present for Ian - Anthony has written a James Bond book with a nail-biting adventure that could have come from Ian’s own typewriter. Anthony has cleverly incorporated Ian’s original ideas in to his own plot to produce a Bond book to remember.”

Jon Wood, Orion Publisher, said: “Anthony has delivered a stunning novel: non-stop action, a deadly, deranged opponent, and not one but two fantastic Bond women. His genius is to brilliantly capture the essence of a Fleming original and give it a 21st century edge. James Bond fans, and Anthony Horowitz fans, will absolutely love Trigger Mortis.”

One of the country’s most successful writers, the prolific Anthony Horowitz has over 40 books to his name. He has written two official Sherlock Holmes novels, The House of Silk and Moriarty, to both critical acclaim and commercial success, and his bestselling teen spy series, Alex Rider, has sold over 19 million copies. As a TV screenwriter he created both Midsomer Murders and the BAFTA-winning Foyles War. His play, Dinner with Saddam, opens at the Menier Chocolate Factory in September.

Trigger Mortis will be published on 8th September by Orion Publishing.

Anthony Horowitz
Horowitz is one of the country’s most successful writers, working across many media forms, including books, TV series, films, plays and journalism. His most recent book, Moriarty, was the follow-up to his first official Sherlock Holmes novel The House of Silk: both were Sunday Times Top 10 bestsellers. As well as his bestselling teen spy series Alex Rider, the first of which was adapted into the 2006 feature film Stormbreaker, his other work for children includes the series The Power of Five and The Diamond Brothers. Further screenwriting credits include Poirot and the widely acclaimed mini-series Collision and Injustice. Horowitz is on the board of the Old Vic and regularly contributes to a wide variety of national newspapers and magazines. In 2014 he was awarded an OBE for his services to literature. He lives in London.

James Bond Books
· Over 100 million James Bond books have been sold worldwide.
· Ian Fleming wrote 14 James Bond books: Casino Royale (1953); Live and Let Die (1954); Moonraker (1955); Diamonds Are Forever (1956); From Russia with Love (1957); Dr. No (1958); Goldfinger (1959); For Your Eyes Only (1960); Thunderball (1961); The Spy Who Loved Me (1962); On Her Majesty’s Secret Service (1963); You Only Live Twice (1964); The Man With The Golden Gun (1965); and Octopussy and The Living Daylights (1966).
· Fleming’s other works include the children’s favourite Chitty Chitty Bang Bang (1964), which was made into a film and stage musical; The Diamond Smugglers (1957); and a collection of travel writings called Thrilling Cities (1963).
· Vintage Publishing, a division of Penguin Random House, currently holds the license to publish Ian Fleming’s entire James Bond backlist in print and ebook format, along with Fleming’s two non-fiction titles in the English language worldwide excluding USA/Canada.
· Other previous authors of official James Bond novels include: Kingsley Amis, John Gardner, Raymond Benson, Sebastian Faulks, Jeffery Deaver and William Boyd.
· Steve Cole is the author of the new series of ‘Young Bond’ books, the first of which, Shoot to Kill, was published by Doubleday in 2014.