Maj Sjöwall in conversation with Lee Child at Crimefest 2015 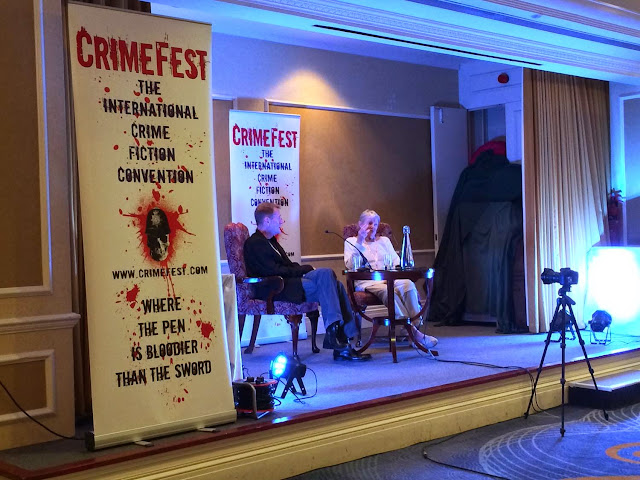 I have always considered the axiom ‘the past is never dead, for it lays the foundations for the future’ to be true – and the name Martin Beck is proof.

Following on from the enthusiasm for Stieg Larsson’s The Girl with the Dragon Tattoo, the Guardian featured this interesting feature on Martin Beck, and the writers Maj Sjöwall and her partner, the late Per Wahlöö - the writers of these remarkable crime novels from Sweden.

It might count as one of the most remarkable writing collaborations in the history of publishing. A man and a woman, a couple, sit down every evening to write. Dinner is over, their children are in bed. She's never written a book before. He's a published author, but not with anything like this. They write in long hand, through the night if necessary. One chapter each. The following evening they swap chapters and type them up, editing each other as they go along. They don't argue, at least not about the words. These seem to flow naturally.

Ten years, 10 books. Each book 30 chapters, 300 chapters in all. Every one centred on the same group of middle-aged, mostly unprepossessing policemen in Stockholm's National Homicide Department. Often, very little happens. Sometimes for pages on end. What is more, each book is a Marxist critique of society. Their mission – or "the project" as the authors call it – is to hold up a mirror to social problems in 1960s Sweden. 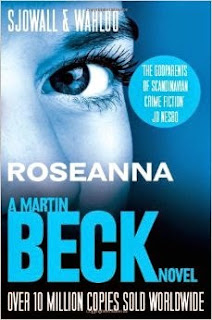 Unlikely as it may sound, the books have become international bestsellers, over 10m copies sold and counting. Classics of the thriller genre, they've been made into films and adapted for television. Subsequent generations of crime writers are fans. There's no doubt that the latest left-leaning Swedish author to hit the bestseller lists, Stieg Larsson, would have read them. Some say the couple wrote the finest crime series ever; that without them we would not have Ian Rankin's John Rebus or Henning Mankell's Kurt Wallander.
Read the full article here

In my travels, so many writers, especially from mainland Europe credit Maj Sjöwall and Per Wahlöö for ‘opening the door’ for them, such as Erland Larsson [the late Stieg Larsson’s father] in an interview I recorded a few years ago [for Jeff Pierce’s The Rap Sheet]  and archived here, Roslund and Hellstrom also credited their influence here and here – and list goes on, for Martin Beck was the precursor for the contemporary police procedural. 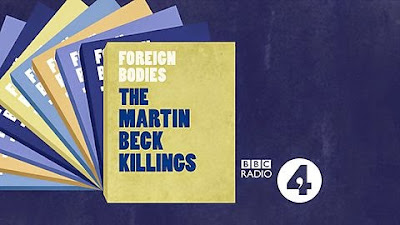 The BBC in the UK produced audio plays of all ten novels featuring the laconic Martin Beck, and can be purchased here from the BBC

So last year at the close of Crimefest 2014’s key note event on the British Golden Age of Crime Fiction from writer / critics the Talented Mr [Mike] Ripley, Professors Barry Forshaw and Peter Guttridge, [ you can view that presentation here ] - Adrian Muller announced that [with thanks to Barry Forshaw, Lee Child and many others], he had secured a very rare visit to the British Isles of Maj Sjöwall, to speak at Crimefest 2015 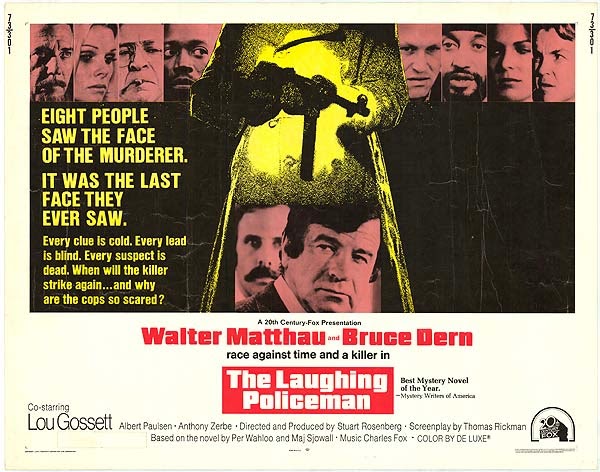 As Shots Magazine have readers scattered throughout the world, we have recorded what must be considered one the key events in 2015’s crime fiction calendar, Maj Sjöwall in conversation with Lee Child.

A note first; the filming is a tad “gonzo”  [and split into 5 x 10 minute sections] so you are unlikely to see this film screened at Cannes anytime soon, and you will see a guest performance from Detective Peter Rozovsky [the man behind Detectives Beyond Borders] as he was photographing the event; and I asked the first question related to Stuart Rosenberg’s film adaptation, transplanting the action from The Laughing Policeman to San Francisco, and here’s the trailer

So without further ado, please take your seats for Maj Sjöwall in conversation with Lee Child at Crimefest 2015, in Bristol, England recorded 16th May 2015

Part One : Maj Sjöwall in conversation with Lee Child

The ten novels that make up the Martin Beck mysteries are published by Harper Perennial and all available from the Shots Magazine Bookstore here
If you’ve enjoyed the Crimefest 2014 presentation on the Golden Age of British Crime Fiction, then we’d urge you to explore the work of these key writer/literary [and film] critics. Their work can be purchased with discounts from the Shots Bookstore –

And for those interested in Lee Child, here’s last year’s interview at The Rap Sheet and here’s an older one from January Magazine and more information on the work of Lee Child is available from www.leechild.com 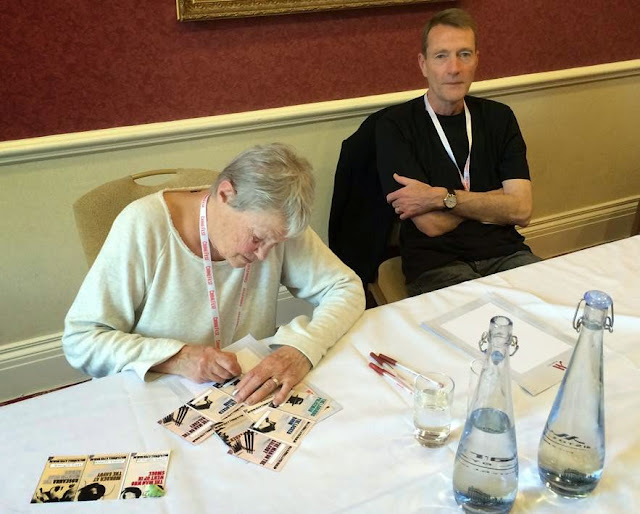 We urge you to plan ahead for Crimefest 2016, details for all Crimefest information is available from www.crimefest.com and here’s a little video about what to expect, with commentary from some faces you will recognise

We hope to see you next year, as Crimefest is to quote Detective Peter Rozovsky “Bloody Top Biff” 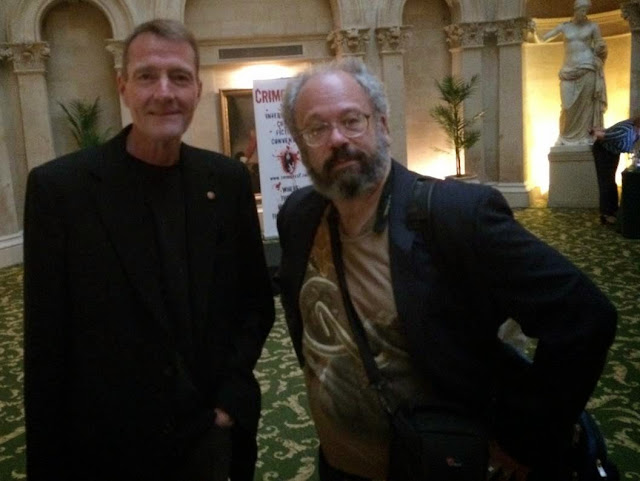 Lee Child with Peter 'Detectives Beyond Borders' Rozovsky at Crimefest 2015