Independent publisher Bitter Lemon Press has published plans for the autumn season, revealing a stellar line up of bestselling female crime writers. The publisher, which celebrated its 10th anniversary last year, has always been proud of its reputation for representing writers from many different parts of the world, but this is the first time that they have published three such talented, successful women all in one season. 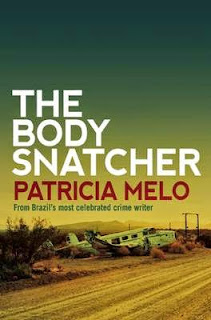 Kicking off the programme in July will be Patricia Melo, Brazil’s most celebrated crime writer, whose new novel The Body Snatcher is a story of drug dealing gone wrong, police corruption and macabre blackmail. Described by Cosmopolitan Brazil as ‘an explosive mixture of dread, greed and corruption’, the book is a mesmerising mix of conspiracy, sex, betrayal of the living and desecration of the dead, and also a ruthless portrait of contemporary Brazil. Patricia Melo is an author and playwright born in Sao Paolo in 1962, but is now living in Switzerland. Her novels Lost World, The Killer, In Praise of Lies and Inferno were published in English, by Bloomsbury, to rave reviews. In 1999, Time magazine included her among the fifty "Latin American Leaders for the New Millennium." Her works have also been translated into Italian, Spanish, and Dutch. The Body Snatcher will be translated by Clifford E. Landers, who has previously translated novels by Rubem Fonseca, Jorge Amado, João Ubaldo Ribeiro, and Paulo Coelho. 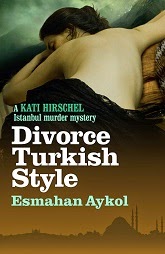 Esmahan Aykol’s atmospheric Divorce Turkish Style will be published in September. This will be the third in the murder mystery series featuring Kati Hirschel, the crime bookstore owner and accidental investigator. The first two books – Hotel Bosphorus and Baksheesh – were also published in English by Bitter Lemon Press, and have been published in Turkish, German, French and Italian as well. Set in Istanbul, Divorce Turkish Style is a feminine take on mystery stories, and Kati Hirschel is a funny, feisty and sexy heroine who, as usual, gets involved in a case that is none of her business. Bestselling author Esmahan Aykol was born in 1970 in Edirne, Turkey. She lives in Istanbul and Berlin. During her law studies she was a journalist for a number of Turkish publications and radio stations, and then, after a stint as a bartender, she turned to fiction writing. The new book will be translated by Ruth Whitehouse who has worked as a violinist and translator in Ankara. Her translations of shorter work have been broadcast on BBC Radio 4.

Finally, in January, Bitter Lemon Press are delighted to be publishing South America’s bestselling crime writer, and winner of the Clarin Prize, Claudia Piñeiro. Her new novel, Betty Boo, is set in contemporary Buenos Aires, and is the story of an intelligent and sensitive woman seeking to save her career, and love life, but caught up in the spiral of a large scale criminal cover-up. This is Claudia Piñeiro’s fourth novel and was made into the film Betibú which was recently screened at the London Film Festival. It follows on from the success of Crack in the Wall, Thursday Night Widows, and All Yours, all published by Bitter Lemon Press in the UK and the US. The translator of Betty Boo, Miranda France, is the author of two acclaimed volumes of travel writing: Don Quixote's Delusions, a Cervantean tour through the Spanish psyche; and Bad Times in Buenos Aires, which explores the psychological condition of sullen resignation and impotent rage the Argentinians refer to as ‘bronca’. She has also written the novel Hill Farm and translated Claudia Piñeiro’s other novels into English.

Publisher and co-founder of Bitter Lemon Press, Laurence Colchester, said: “We are very proud to bring these three women crime writers from Brazil, Turkey and Argentina to English speaking readers. It is part of our mission as an independent press to introduce new voices from abroad and here, in the autumn season of 2015, are three of the most successful women writing in the crime genre today. We are delighted to represent them.”

For further information, please contact Alex Hippisley-Cox on 020 8488 3764 or email her at ahipcoxpr@btconnect.com