SHOTS columnist MIKE RIPLEY was abroad when he heard of the death of Ruth Rendell on 2nd May. Immediately on his return he has penned this personal appreciation of one of the outstanding talents of British crime writing. 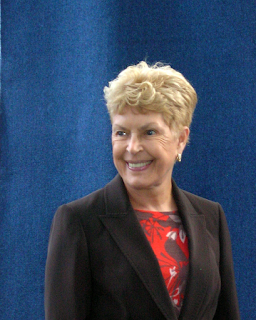 In the crowded world of crime fiction, Ruth Rendell seemed determined to prove, if nothing else, that you could have quantity and quality in a career spanning half-a-century which saw her produce some 68 novels and over 30 short stories, garnering an unprecedented, and unlikely to be surpassed, four Gold Daggers from the Crime Writers Association.

Born in South Woodford, London, in 1930 to an English father and Swedish mother, Ruth Barbara Grasemann was educated at the Girls High School in Loughton in Essex and began her working life as a cub reporter on a local newspaper, the Chigwell Times. Her journalistic ambitions were curtailed when told to cover an annual tennis club dinner. Instead of attending the event, she wrote her story from notes provided beforehand and failed spectacularly to mention the fact that the guest speaker had collapsed and died mid-speech! Ruth always said that she resigned from the newspaper just before being fired.

It was through newspapers, however, that she met her husband Don Rendell, who was to become a respected Fleet Street journalist. They were married in 1950 and divorced in 1975 only to famously re-marry in 1977.

Legend has it that Ruth wrote two novels before her third, From Doon With Death, was 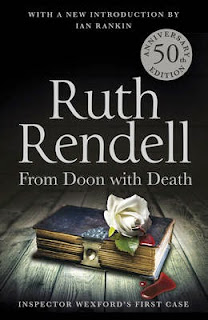 accepted for publication by John Long for £75 in 1964. The novel introduced her police detective duo of Reg Wexford and Mike Burden, who were to feature in two dozen novels and become, as Ruth often put it, her “bread and butter”. She came up with the name ‘Wexford’ after a holiday in Ireland and ‘Burden’ because she saw the Chief Inspector’s sidekick “as a bit of a burden”. The pair were to enjoy a long career on television in some 80 episodes of what became branded as The Ruth Rendell Mysteries, but her first television adaptation was an American film, Diary of the Dead, in 1976, based on her 1971 novel One Across, Two Down. From then until the 2015 French film Valentin Valentin, directed by John Boorman, based on the novel Tigerlily’s Orchids, it is unlikely that a year went by without one of her novels or short stories being adapted for  the screen somewhere.

Not all the adaptations were of Ruth’s Wexford series. Those might have been her ‘bread and butter’ but they were far from the only string to her bow. She interspersed the Wexfords with stand-alone thrillers of psychological suspense and in one purple patch (a very dark purple) in 1976-77 she produced what many critics, including this one, regarded as her best work: A Demon in My View, which won her first Gold Dagger, and A Judgement in Stone, a book which tells the unsuspecting reader ‘whodunnit’ (and why) in the very first line.

Yet there was a third strand to Ruth Rendell’s writing – novels which eschewed mystery and drama in favour of psychological insight and specific moral issues – which required a pen-name, though if the identity of the author who was Barbara Vine was meant to be a secret, it was not kept for long. From A Dark Adapted Eye in 1986, ‘Barbara Vine’ novels were a critical and commercial success, and pushed Ruth Rendell into the orbit of serious literary fiction.

For many a crime-writer, there would have been the temptation to abandon their formative detective series, but Ruth Rendell kept faith with Wexford and even developed the series beyond the standard mystery format to examine specific social issues. She called these later novels her ‘political Wexfords’.

In 1997 she was made a Labour Life Peer and took the title Baroness Rendell of Babergh, 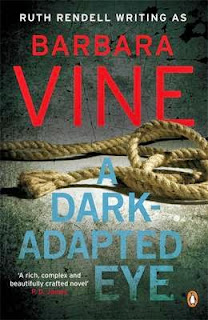 after the Suffolk district where she lived in a 400-year-old farmhouse in the village of  Polstead.  Her house came with a cottage in the grounds which she made available as a writing retreat to many an up-and-coming novelist. With the death of her husband Don in 1999, she moved to London and was to use the city landscape as a setting for some of her memorably disturbing novels.

I first met Ruth Rendell in 1989 at a party in Colchester thrown at the home of the then Literary Editor of the Daily Mirror, George Thaw, who insisted that I go and introduce myself the moment she arrived. As a fledgling crime writer with one novel and one short story to his name, to say I was nervous was putting it mildly. Ruth had published almost 30 novels and goodness knows how many short stories. She was already a major award winner, a named dramatic ‘brand’ on television and had recently established her second identity as Barbara Vine.

No, saying I was nervous didn’t come close: in awe would be more accurate. Unable to think of anything coherent, let alone sensible, to say, I babbled something along the lines of ‘I’m a member of the Crime Writers too.’

With the timing of a great comedienne Ruth paused, looked at her wine glass, paused again, then looked at the ceiling before answering: ‘The Crime Writers? Oh, I only go there when they give me something.’

Ironically the next time I met up with her was at a Crime Writers’ Association dinner where they were indeed giving both of us something. She was receiving her fourth Gold Dagger for King Solomon’s Carpet whilst I was seated somewhere below the salt to receive the Last Laugh Award. One of the highlights of that dinner was an emotional speech by actor George Baker, who played Chief Inspector Wexford in the television series, expressing his delight at being ‘one of the few mortals who can claim to have met their Maker’. 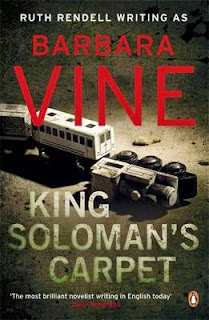 Among the royalty of British crime writing, there were famously four ‘Queens of Crime’ – Christie, Sayers, Allingham and Marsh – from the 1930s but in the 1960s two further queens emerged: Ruth and P.D. James. Of the two, Phyllis was clearly the heiress to Dorothy L. Sayers’ personal throne when it came to the morality of the traditional detective story whereas Ruth was more interested in examining obsessive, often psychotic behaviour, unveiling family secrets and never being afraid to tackle unpleasant subjects. In this respect, many of her books had more in common with the work of Patricia Highsmith than with the accepted royal family of crime and, like Highsmith, she often came across, to those who did not know her, as something of a prickly character, prompting one journalist to coin the title ‘the Ice Queen of Crime’.

As with any highly successful writer, there were rumours – invariably started by less-successful writers – of her being somewhat impatient if not ‘short’ at public bookshop signing sessions. I have absolutely no evidence for this and the nearest I came to gathering any personally was a rather bizarre incident which we subsequently laughed about hysterically.

One Saturday morning my wife and I were paying a visit to a large DIY superstore in Colchester with the delightful prospect of a week-end decorating a spare bedroom ahead of us. As we wandered down a long aisle stacked high with cans of paint, we spotted a table at the far end of the aircraft-hangar of a store. On the table were piles of books and seated behind it, completely alone, was an immaculately-dressed lady wielding a pen. Now I knew the DIY store was linked at the time to bookseller W.H. Smith but I had no idea they were selling the latest crime fiction, signed by a bestselling author, between the paint and the plumbing sections at 9.30 a.m. on a Saturday. Before it had really sunk in that it was indeed Ruth Rendell, a figure jumped from the paint stacks to confront us. It was Ruth’s husband Don, who was anxious to head us off before we got to the table. ‘There’s been a cock-up,’ he hissed conspiratorially. ‘We thought the signing was going to be in the bookshop and she’s in a filthy mood.’

‘I don’t blame her,’ I said, but we took our cue from Don and sneaked out of the store via the lighting department.

I can understand why she might have been thought severe and rather aloof, but in conversation with her it was never too difficult to make her smile and when she did, her face really did light up. She could also tell a good funny story and I especially remember being treated to the saga of her discomfort when she received an award from the Swedish Academy of Detection which turned out to be ‘a ruddy great revolver’ and her dilemma at not wanting it but not wanting to offend her hosts. Thinking quickly, she said with deep regret that whilst she appreciated the accolade, she could not possible carry the actual award (it was not clear whether the pistol had been disabled or not) back to the UK through airport security.  Honour seemed to be satisfied and no more was said, but Ruth was horrified on her return to Suffolk to find that the postman had already delivered a large, heavy and potentially lethal package bearing a Stockholm postmark!

I last saw Ruth at her 75th birthday party, held in the Red Lion, one of the pubs nearest to Parliament (she had been in the House of Lords that day), when she was on sparkling form. I recall, poignantly, telling her that I was still technically recovering from a stroke to which she replied: ‘Don’t be ridiculous! You’re far too young to have had a stroke.’

I didn’t argue. One rarely did with Ruth.
Posted by Ayo Onatade at 23:22