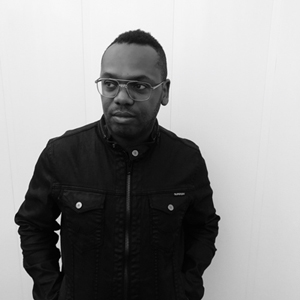 Dead Lands is a crime thriller with a heady mix of love, betrayal and secrets. It’s set in a time when many attitudes were vastly different in some cases, then they are now. However, unfortunately there are some attitudes that still remain, making aspects of this story very relevant today.

The seed was planted for this story after I became the victim of identity theft. It became a trying time in which someone pretended to me and in the end, I had to appear in court to prove who I was.  Something like that sticks with you. That became the story’s starting point, and the theme of identities runs throughout the narrative.

With that in place, I had to think about the other layers of the story and how they would interlace with each other. I had to decide which character would have their identity questioned, which character would be telling the lies, and who would be hiding the secrets? Setting it in the past enabled me to highlight the complexities of proving guilt and in terms of the people leading the charge, I needed strong characters. Breck and Kearns fitted the bill and having them operate within a fictional unit offered some flexibility. In Breck, we have a bit of a maverick, a different kind of officer operating in a turbulent part of 70s South East London.  Amongst the temptations and whispers of corruption, he’ll do his job and he wants to do it the right way. That’s what he signed up for. But ultimately, if he feels something is up, he’ll follow his nose. Work provides a temporary barrier for his feelings of discontentment and relationships are particularly important in this story.  We see this with Troy, from being a city high-flier to a man on the run, forced to turn to a small net of people that may or may not be able to help him.

In Kearns, we have a strong-willed character desperate to do what she thinks is right. Females in the workplace were marginalised forty years ago, so I wanted to make her a focused and respected officer. She’s also a parent too and that allows her certain sympathies. The past haunts her as much as anyone. 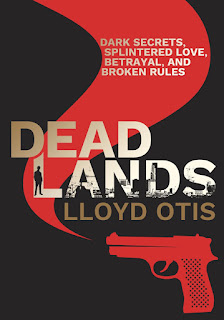 What the story of Dead Lands does is to piece together these taut relationships and lingering fears, with one or two moments included to make us question a few social attitudes.

A strong backdrop in the form of the ‘march’, based on a real-life event that gained both local and national press coverage, ensures that the story’s dark hanging cloud remains hovering in a distance. As we countdown, it comes into play while the story reaches its dramatic climax.
The location of Dead Lands in a sense sets itself. It’s gritty with a bit of sunshine every now and again, that covers a distinct period in UK history. The right environment for a story about a man accused and arrested for murder, with an alibi he can’t use.

Dead Lands by Lloyd Otis published by Urbane Publications
When a woman's body is found a special team is called in to investigate and prime suspect Alex Troy is arrested for the murder. Desperate to remain a free man, Troy protests his innocence, but refuses to use his alibi. Trying to protect the woman he loves becomes a dangerous game - questions are asked and suspicions deepen. When the prime suspect completes a daring escape from custody, DI Breck and DS Kearns begin the hunt. Breck wants out of the force while Kearns has her own agenda and seeks revenge. Breck has his suspicions and she wants to keep it from him, and a right-wing march provides an explosive backdrop to their hunt for Troy.

Buy it from SHOTS A-Store.