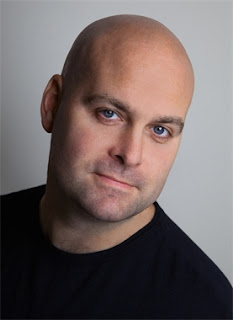 If you’ve followed my blog tour at all, you’ll know that at mess dinners in the Royal Navy, immediately after the Loyal Toast of ‘The Queen’, the youngest officer present will normally offer the traditional drinking toast of that day.

When I wrote Tenacity it originally had a slightly different storyline (most elements remain), and it led me to think about bullying and, in particular, how bullies work and what the try to achieve. I quickly came to believe that one of the first things bullies want to do is isolate their target. A person who can turn to a friend when they need someone to laugh at their retort, or a person who isn’t alone when they need a friend to step in and stop something from happening: that person will always be harder to bully and intimidate than someone who stands alone.

There are a lot of reasons why someone can end up alone and sometimes it can be their choice. Lieutenant Danielle Lewis has people who want to be there for her and that would, and will help her, but she’s also driven by a fierce independence and has reasons of her own that make her believe she needs to be alone. 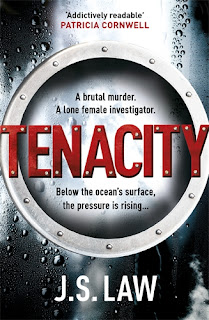 From this standpoint, I’m often asked about the bullying scenes in Tenacity and how realistic they are. Truth is, I speak to a lot of former female sailors and I use what they tell me as a basis for the events, to try and make it as realistic and atmospheric as I can. I was speaking to one of the women who was among the first to go to sea when the Navy first sent women onto operational ships. She’d read Tenacity and I started by apologising to her and saying that it was a thriller and that of course I’d wanted Dan’s treatment to be dark and that I may have overdone it. ‘Oh no,’ she said, ‘you got it just about spot on.’

I firmly believe that the Royal Navy takes steps to eliminate, reduce and deal with bullying in all its forms and that, while it would be incorrect to say that misogyny doesn’t exist within the armed forces, I believe that steps are being taken and improvements constantly made to stamp it out and change attitudes. That said, on board Tenacity, I think Dan quickly realises that she needs some of her absent friends…

Two hundred metres below the surface, she will have nowhere to run and nowhere to hide. A sailor hangs himself on board a naval submarine. Although ruled a suicide Lieutenant Danielle Lewis, the Navy's finest Special Branch investigator, knows the sailor's wife was found brutally murdered only days before. Now Dan must enter the cramped confines of HMS Tenacity to interrogate the tight-knit, male crew and determine if there's a link. Standing alone in the face of extreme hostility and with a possible killer on board, Dan soon realises that she may have to choose between the truth and her own survival. The pressure is rising and Dan's time is running out... 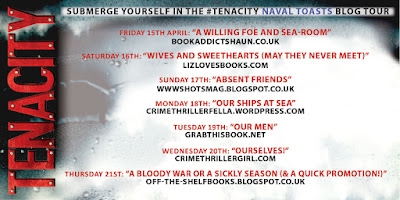