My inspiration for Sunset City by Melissa Ginsburg

Today’s guest blog is by Melissa Ginsburg who is a published poet and currently teaches creative writing at the University of Mississippi. She talks about what inspired her to write Sunset City. 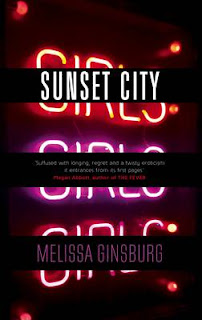 As a writer of short, non-narrative lyric poetry, I wanted to see if I could write a novel. I have always read novels and loved crime novels especially. Borrowing the tropes and structure of noir appealed to me, because I thought it would be helpful to work within some kind of frame as I taught myself how to write fiction.

I thought of noir as a form, like a sonnet or a villanelle. It allowed me to keep the elements of the novel upright. I knew if I tried to write a novel without some kind of frame in mind, I would end up with a rambling, jumble of images and character sketches. I wanted to write something tight, that moved fast, where every line is in service to that momentum.  I have a tendency to focus on moments, images, characters, and places. I knew plot would be the hardest thing for me, because I had never dealt with it before. Having a sense of the book’s shape really helped me to keep moving everything forward.

The other elements of the novel—characters, setting, tone—came much more easily to me. I wanted to write about women, and I wanted to write about Houston, which I think is a perfect place for noir. It’s enormous, home to 6.5 million people, and it sprawls over a huge amount of land. There is plenty of space in between everything, and it’s easy to be anonymous there. Most people stay in their air-conditioned cars, and there aren’t a lot of public spaces, so it’s unlikely that you would run into anyone unless it was intentional. It’s an easy place to hide, to stay under the radar. It’s perfect for crimes!

When I moved from Houston to Iowa City, a small mid-western college town, losing that anonymity and privacy was the most difficult cultural adjustment for me. It was even harder than the mid-western winters. I was in Iowa City when I began writing Sunset City. I felt homesick for Texas, even though when I lived there I couldn’t wait to leave. That ambivalence towards home interested me as a writer. It mirrors the conflicted relationships many of the book’s characters have with one another. The experience of deeply loving a place or a person you don’t want to be around, that is an emotional situation that I think is common to a lot of people and incredibly poignant.

Sunset City by Melissa Ginsburg (£12.99 Faber & Faber) Out now.
Danielle Reeves was Charlotte Ford’s most loyal and vibrant friend.  She helped Charlotte through her mother’s illness and death, and opened up about her own troubled family.  The two friends were inseparable, reveling in Houston s shadowy corners. But Danielle s addiction got the best of her and she went to prison for four years.  When she gets out, she and Charlotte reconnect. Charlotte hopes this is a new start for their friendship.  Then a detective shows up at Charlotte s apartment. Danielle has been murdered, bludgeoned to death.  Overwhelmed by grief, Charlotte is determined to understand how the most alive person she has ever known could end up dead. The deeper Charlotte descends into Danielle s dark world, the less she understands. Was Danielle a hapless victim or master manipulator? Was she really intent on starting over, or was it all an act? To find the truth, Charlotte must keep her head clear and her guard up. Houston has a way of feeding on bad habits, and Charlotte doesn’t want to get swallowed whole. 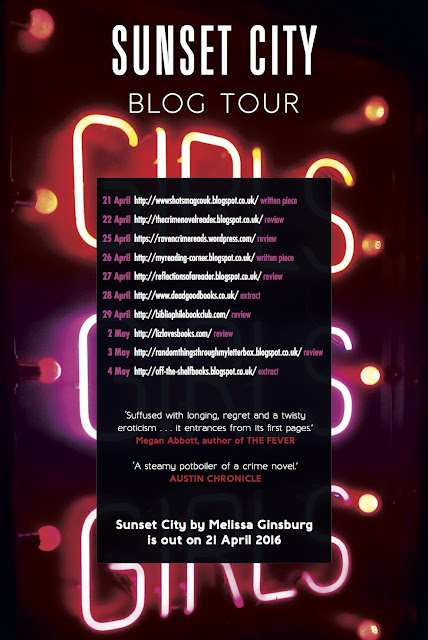