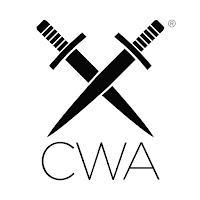 Peter James, one of the most influential crime authors at work today, has claimed: “If Shakespeare were alive today, he’d be a crime author.”

Peter said: “If you look at Shakespeare’s plays, 50% feature a courtroom scene of some kind. In Othello, Iago is an absolute manipulative monster- an Elizabethan Hannibal Lecter - Lady Macbeth is the ultimate schemer, as is Hamlet and King Lear’s Goneril and Regan. If published as a novelist today he would be stacked on the crime shelves of bookshops; his most engaging, challenging characters were villains.”

Marking the 400th anniversary of Shakespeare’s death, the Theakstons Old Peculier Crime Writing Festival and the CWA conducted a snapshot survey asking crime authors if they agreed with the assertion; 60% did.

Sarah Hilary, who won the Theakstons Old Peculier crime novel of the year award in 2015 - one of the UK’s top crime-writing awards - for her debut Someone Else’s Skin, said Shakespeare would have ‘indisputably’ been a crime author today, “specialising in psychological thrillers with a delicious seasoning of political satire.”

CWA member Gary Fraser-Sampson agreed: “Shakespeare understood the dark recesses of the soul, both the agony of an instinctive action with unforeseen consequences and the blackness of pure evil.”

Kate Ellis, who combines history and crime in her Wesley Peterson detective series, said: “I certainly agree with Peter James that Shakespeare would be a crime writer if he were alive today.”

Author of the Frances Doughty mysteries, Linda Stratmann, also concurred: “Undoubtedly. His plays are rife with crimes and cruelty of all kinds, and explore the family tensions and social and political issues that lead to criminal behaviour….Shakespeare really understood human nature, especially its darker side, – he wrote about love and hate, jealousy and greed, injured pride and revenge, all the themes that lead to crime. When we watch a Shakespeare play we recognise ourselves.”

Historical crime fiction author Robin Blake felt as a dramatist, Shakespeare would be writing for TV: “Many of his plots revolve around crime, suggesting he’d turn out brilliant TV crime dramas, like those of Sally Wainwright or Vince Gilligan.”

Author of the Campbell Lawless Victorian Mysteries William Sutton said: “All plays revolved around mysteries, secrets, misunderstandings etc. All readers are sleuths, trying to make sense of the human condition.”

Those who disagreed felt he would be writing across genres, including historical fiction and rom-com.

Peter James argued Shakespeare would have embraced the medium of the novel if he were at work today. “Storytelling was originally an oral tradition with storytellers like Socrates, then Shakespeare, which is why he told stories through plays,” he said. “In Shakespeare’s time very few people would read, few could afford to buy books. In 1935, Penguin launched the first paperbacks and reading for the masses took off. Back in Shakespeare’s times his plays were seen as low culture, today he’d certainly be writing novels to reach the commercial masses.”

Peter added that the reluctance to see Shakespeare as one of the early exponents of the genre is because of the ‘prevailing snobbery’ around the crime genre.

“I remember asking the Chair of the Booker prize ten years ago why crime novels didn’t feature, he said hell would freeze over before crime makes the shortlist,” Peter said. “It is of course nonsense, over the last 20 years the list has featured many novels that fit the genre, such as Brian Moore’s Lies of Silence. Some authors object to being be categorised as crime out of literary snobbery.

“My eyes were opened to the potential for exploring human nature through the world of crime over thirty years ago, when my house was burgled, and a detective came round to take fingerprints. We became friendly and got invited to a few police social nights. I found his friends fascinating - homicide detectives, traffic police, CSI, police divers - no one sees more of humanity and life in a 30 year career than a cop, they deal with every facet of existence.”

“I began to realise if you wanted to write about the world we live in and human nature, the police offers the biggest window.”

Novelist Julia Crouch started her career as a theatre director and playwright. Her husband actor Tim Crouch is currently performing ‘The Complete Deaths’ a tribute to the 74 onstage deaths in the works of Shakespeare. Julia said, “I would argue that Hamlet is the first great psychological thriller… There is a big confusion in Western culture about popularity and worth. Crime fiction is generally seen by the establishment as a lesser literary form to, say, literary fiction. But as Peter James so eloquently argues, it is, in many ways, superior - the best has to have great writing plus page-turning plots.”

One of the genres biggest bestselling crime authors, Jo Nesbo, announced in 2014, he would be adapting Macbeth as a modern crime novel. Crime authors also cited Shakespeare as an influence in their own writing.

Author Isabelle Grey said, “Danny Brocklehurst and I each wrote one of the final two episodes in the second series of Jimmy McGovern's Accused for BBC1 which featured a troubled young man inspired by Hamlet.”

Whatever genre, as noir novelist Richard Godwin said, “All literature owes him a debt, arguably he was the greatest writer who has ever lived.”