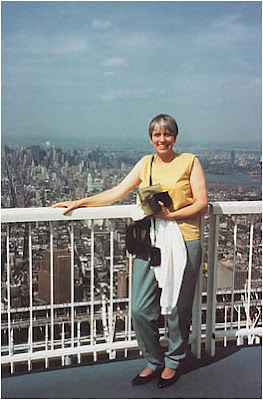 Scottish born Jill McGowan was the author of the police procedural series featuring Chief Inspector Daniel Lloyd and Inspector Judy Hill. McGowan wrote 13 books in the series featuring the duo; the first book was A Perfect Match back in 1983 the most recent was Unlucky for Some. Lloyd and Hill subsequently become a married couple and in the last book, we see them coping with a pressurised marriage, a daughter and the fact the Lloyd’s mother was living with them. The Lloyd and Hill series were intelligently and dramatically written books, which crackled with energy and pace. One of the books, A Shred of Evidence was dramatised for television but it did not fare very well.

She also wrote a number of standalone novels one of which The Stalking Horse (1987) was a novel of revenge featuring a character that plots and systematically reeks vengeance on those responsible for him being incarcerated for a decade and a half for two murders that he was not responsible for. It was a masterful and suspenseful tale.

Under the name Elizabeth Chaplin, she also wrote a first-rate psychological novel called Hostage to Fortune. Only one of her books was set in Scotland where she was born and that was Murder Movie and it was set not unsurprisingly on the Mull of Kintyre where she spent her youth. The background of the book was set amidst where a film was being shot.