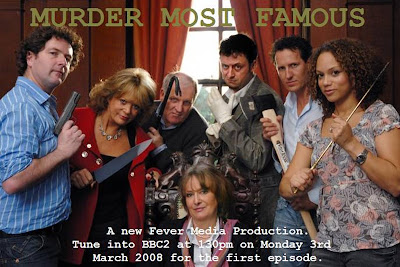 Murder Most Famous is the latest twist on the celebrity talent show and will be shown every day next week at 1.30 on BBC2.
Brendan Cole, Sherrie Hewson, Kelvin MacKenzie, Matt Allwright, Angela Griffin and Diarmuid Gavin will be assigned murder detection challenges by our own star author Minette Walters- including dog tracking, resisting a violent attack and an autopsy, and will then have to use what they learn to inspire their own crime fiction novel.
Minette will be mentor, judge and executioner across the series, setting the celebrities their challenges, mentoring their writing efforts and "bumping off" the least impressive writer at the end of every episode. The best writer will then develop his or her idea into a novel to be published on World Book Day 2009. Proceeds from the book will go to RaW - the BBC reading and writing campaign to improve literacy in the UK.
Tune in or set the video next week- and to whet your appetite, Dreda Say Mitchell will be reviewing Murder Most Famous on Monday's Front Row at 7.15 on Radio 4.
And rumour has it that our very own Mike Ripster appears in the final episode (if he doesn't end up on the cutting room floor!
YOUR CHANCE TO WIN A SIGNED COPY OF CHILD 44 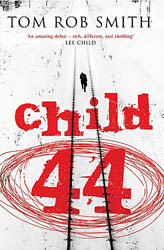 I have SIX signed copies of Tom Rob Smith's superb novel, CHILD 44 up for grabs. You may have been reading all the word of mouth going around on this, and believe me, it does match the hype. Over at SHOTS Ezine we have an interview with Tom and Ali Karim. All you need to do is send me an email with the answer to this question: what Hollywood director has optioned the film rights to Child 44 (hint: read the interview) Email: shotseditor@yahoo.co.uk
ENTRIES ONLY FROM THE UK - SORRY 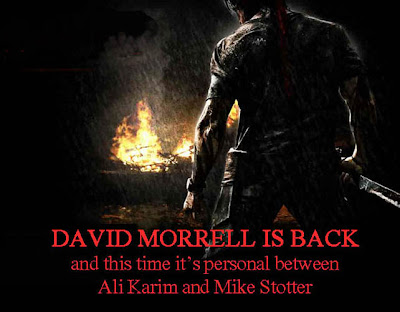 Just when you thought it was safe to go to the cinema - RAMBO is back. I met his creator, David Morrell at Left Coast Crime, Bristol back in 2006 and we spent a long time talking, not only about his books but films, Westerns and family. It's no surprise that Ali Karim and I labelled him "the Daddy." A great, great guy. And if you are an aspiring writer then go out and buy his book A LIFETIME IN WRITING. A superb companion that you will read again and again. Our ezine currently has a tribute to David. 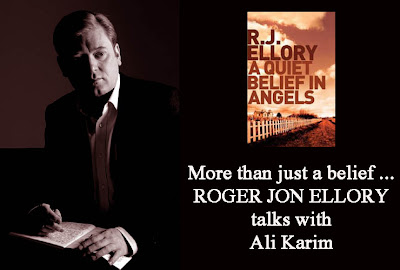 Here's a brief extract from an interview with Roger Jon Ellory now live
Ali : So for those who haven't caught up, tell us a little about the book?

Roger : The book starts in 1939 with a central character called Joseph Vaughan at twelve years old. He grows up in a small rural farming community in Georgia, USA, called Augusta Falls, and is witness to the devastating effect of a series of child murders that occur within the surrounding area over the subsequent decade, so much so that he and his friends band together in an effort to do something to stop the killings from taking place. The book spans fifty years of his life, and throughout the entirety of these five decades he is determined to identify and bring to justice the perpetrator of these crimes. I wrote the novel for a simple reason: To once again put an ordinary individual in an extraordinary situation, and at the same time highlight the sheer indomitably of the human spirit. It has always amazed me the degree to which a human being can rebound from loss or tragedy. The central character of A Quiet Belief In Angels loses everything, and yet survives. I wanted to tell his story - a story about childhood, about the way children deal with things that they should never have to deal with, how their means and methods of coping are so very different from adults. I also wanted to remind myself of the sheer magic of the written word, and how such classics as To Kill A Mockingbird enchanted me as a child, and somehow helped me deal with whatever happened personally.