Some news worthy bits of information –

Left Coast Crime has come and gone and some awards were given out in the process. They are as follows –

The Dilys Award (given out by the Independent Mystery Booksellers Association to “the mystery title of the year which the member booksellers have most enjoyed selling”): The Sweetness at the Bottom of the Pie, by Alan Bradley (Delacorte)
The Lefty Award (for a humorous mystery): Getting Old Is a Disaster, by Rita Lakin (Dell) 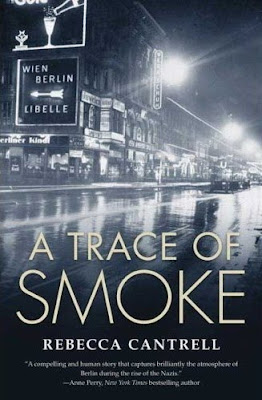 The Bruce Alexander Award (for a historical mystery set before 1950): A Trace of Smoke, by Rebecca Cantrell (Forge)
The Panik Award (for L.A.-based noir, honoring deceased LCC 2010 chairman Paul Anik): Death Was in the Picture, by Linda L. Richards (St. Martin’s Press). Congratulations to all the winners. A full list of the nominations can be found here

According to Publishers Weekly David Baldacci’s new book Deliver Us from Evil will be published not only as a hardback but also as an e-book and an enhanced e-book. The enhanced e-book he explains will contain audio, video and photos along with deleted original text so that the reader can see the creative process. The full article can be found here.

Dutton are pinning high hopes on John Grisham’s young readers book that is due out on May 25. The initial print run for Theodore Boone: Kid Lawyer is a million. More information can be found here.

Nordic Bookblog have the first review of the collaborative effort between James Patterson and Liza Marklund. The novel is called Postcard Killers and the whole review can be found on the Nordic Bookblog.

According to Booktrade, best selling author Caroline Lawrence who is known for her Roman Mysteries is set to start a new series. The rights for The Western Mysteries: The Case Of The Counterfeit Injuns and three further 'cases' in the series have been sold to Orion publishers. More information can be found here.

Authors may have to think carefully where they set their books in future if this Montmartre fabric store has anything to do with it. They are suing author Lalie Walker after she set her recent crime novel in the area. The full article can be found in the Guardian.

It is a shame that Stieg Larsson is not alive to see how much his work is being appreciated. According to The Local (Sweden’s News in English) the film of The Girl with the Dragoon Tattoo has opened to rousing reviews in the US. The article can be found here.

Mark Timlin in the Independent gives Lee Child’s new Reacher book 61 Hours the thumbs up. The continuation will make for a most interesting read when it is released this March.
Posted by Ayo Onatade at 19:06