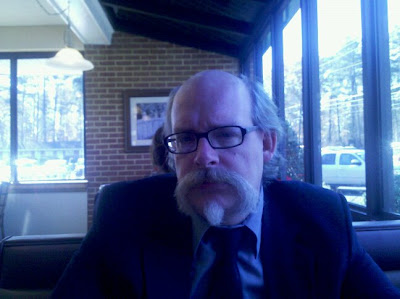 There are so many books and authors I love it’s hard to choose just one that I would recommend, but there is an author whose books I have put into people hands almost more than any other. George C Chesbro. Chesbro passed away a few years ago and before that he had gone a number of years without being published. The books are harder and harder to find. But it’s worth the effort.


His main series featured a dwarf named Dr. Robert Fredrickson, or Mongo, a not so ordinary detective. Mongo worked his way through college as a performer in the circus under the name Mongo the Magnificent, post college he taught criminology full time and part time works some cases. Occasionally his brother Garth, a NYPD cop joins in. Eventually they both leave their jobs and start their own detective agency. The books usually involve cases that are a bit beyond the norm delving into supernatural things, sometime supernatural feeling driven by science. The real defining characteristic for me is the pulp feel they have. Chesbro wasn’t afraid to take the books where they wanted to go. Sometimes it meant saving the world, sometimes it meant stopping witches.

The book I tell people to start with is the one I read first. Dark Chant in a Crimson Key. The book brings in two other characters that Chesbro created, Veil and Chant, both of whom had their own books (Chant books written as David Cross). Veil is a former sniper who served in Viet Nam, a man who can take care of himself. Chant is a mysterious assassin/conman who uses his talents to take down men who are pure evil. In this book all three converge in Switzerland and find themselves eventually on the same side against the Cornucopia Foundation. 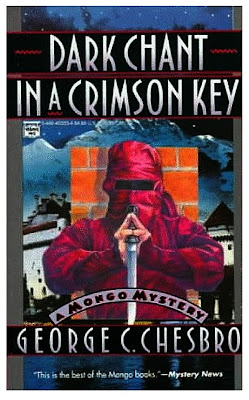 It’s a great introduction to Mongo and the other characters that populate his world. Great twisty turny plot, fast moving and loads of action.

Richard Katz of Mystery One bookstore in Milwaukee handed me my first Chesbro book, this one. I was hooked after finishing it in one sitting. Being just before the internet really became what it now is I had to track down all the books the old fashioned way; I searched bookstores and made phone calls. I eventually procured hardcovers and paperback versions of all the books, and the last on the list set a new high for what I would pay for a single book up to that time. It was worth every minute and every penny. Chesbro is a gem of a writer that just seems to be overlooked and while time moves on and there are no new books sadly, his body of work holds up and is still among the most entertaining I’ve ever read.

I was so enamoured of his writing that I actually sent him a letter. Not an email, a letter. And he responded with his own letter to me the same day he read mine. I have it framed with a cover of his first book. He was also among the first authors I interviewed. The interview can be found here.

I was just starting out and if were conducting the interview now I’m sure it would be very different, but I did it as a fan and I am still as much of a fan today if not more.

There is a website still run by his wife here.

Take some time, do some internet searching and pick up this book. And then bookmark where you got it as you will want to go back and get more…
Posted by Ayo Onatade at 18:55

Links can be found on George's site: