Kerry Wilkinson on being a crime writer (or not!) 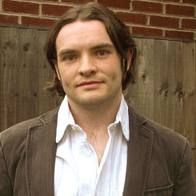 Kerry Wilkinson is something of an accidental author.  His debut, Locked In, the first title in the detective Jessica Daniel series, was written as a challenge to himself but, after self-publishing, it became a UK Number One bestseller within three months of release.  Kerry then went on to have more success with the second and third titles in the series, Vigilante
and The Woman in Black.  His new book, Think of the Children, will be available in both paperback and eBook on 28 February 2013.

I am going to be honest here: being a “crime writer” is an uncomfortable label for me.

That is perhaps a strange admission for a blog post on a site about crime novels when I am releasing my fourth “someone dies, someone figures it out” book but there you go.

Of course, in regards to Think of the Children, that isn’t true anyway because there is no murder to solve – not really – and there is no serial killer; instead…there’s something else.  It is a tale about identity. 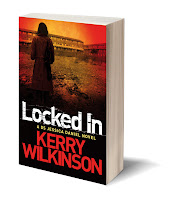 The fact one of my friends had to point out that it was a crime book without a “proper” murder should tell you that this isn’t something that I’m an expert in.  My opinion then, as now, is: “Do you need a murder, or can you simply tell a story?”

I suppose I’m about to find out.

When I was writing this fourth Jessica Daniel book, it was sixteen months ago and I had the number one and number two crime books on Amazon UK.  I’d been writing more or less every day for eight months, I hadn’t lost my mind, and I was still enjoying it.  I still do.

Think of the Children begins with a car skidding across a junction on a wet Manchester morning.  My character, Jessica, is sitting at the traffic lights complaining about various things but is straight into action.  The driver is dead but there is something in the boot of the car that doesn’t seem quite right. 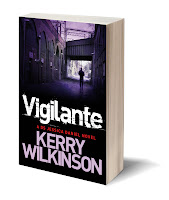 But you’ve heard hooks for crime books before – over and over and over.  Honestly?  Hardly any of it is original.  Something happens, usually a murder, someone figures it out.

Like most people around the country, I’m a very casual reader.  I’ll read on holiday, perhaps on flights, maybe a chapter or two before I go to bed.  Because I don’t read prolifically, I know exactly what I want – something that makes me want to come back.

I don’t believe people read long series of books - or watch a long series of something on television - because they are desperate to know what the next crime is.  Why would they?  They can buy any of the other thousands of crime books or watch any of the other TV shows.  Or do none of that at all and play Angry Birds on their phone.  I believe they come back because they’re invested in the character.  It doesn’t even have to be for a positive reason – they might hate them and hope they get a comeuppance.

Caring one way or the other is important. 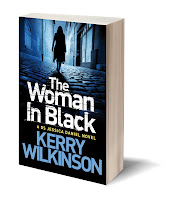 The success of the Jessica Daniel books has been terrific – not necessarily because of sales, charts, or anything else (although I’m not complaining) – but simply because there are readers out there who genuinely care.

I have kept all the emails from people where they tell me their stories of how they found Jessica, or why they want to know what happens next.  They tweet me and they write on the Facebook site.  It's lovely.

Some people get the character, some people don’t.  I’m fine with that – but that’s why I’m uncomfortable with the “crime writer” label.  I just write about things I find interesting.  The fact that other people find it interesting too is the utterly wonderful part of doing it.

Think of the Children - 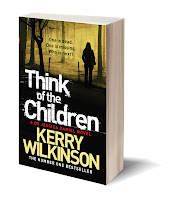 Detective Sergeant Jessica Daniel is first on the scene as a stolen car crashes on a misty, wet Manchester morning.  The driver is dead, but the biggest shock awaits her when she discovers the body of a child wrapped in plastic in the boot of the car.  As Jessica struggles to discover the identity of the driver, a thin trail leads her first to a set of clothes buried in the woods and then to a list of children’s names abandoned in an allotment shed.  With the winter chill setting in and parents looking for answers, Jessica must find out who has been spying on local children, and how this connects to a case that has been unsolved for 14 years

What a great post Kerry. I completely agree that readers of series books are almost always reading for the characters, not the crimes.

Jessica sounds like a great character and I'm off to see if you books are available here in the US.

Good luck with the new release!