The Story Behind Cry Wolf 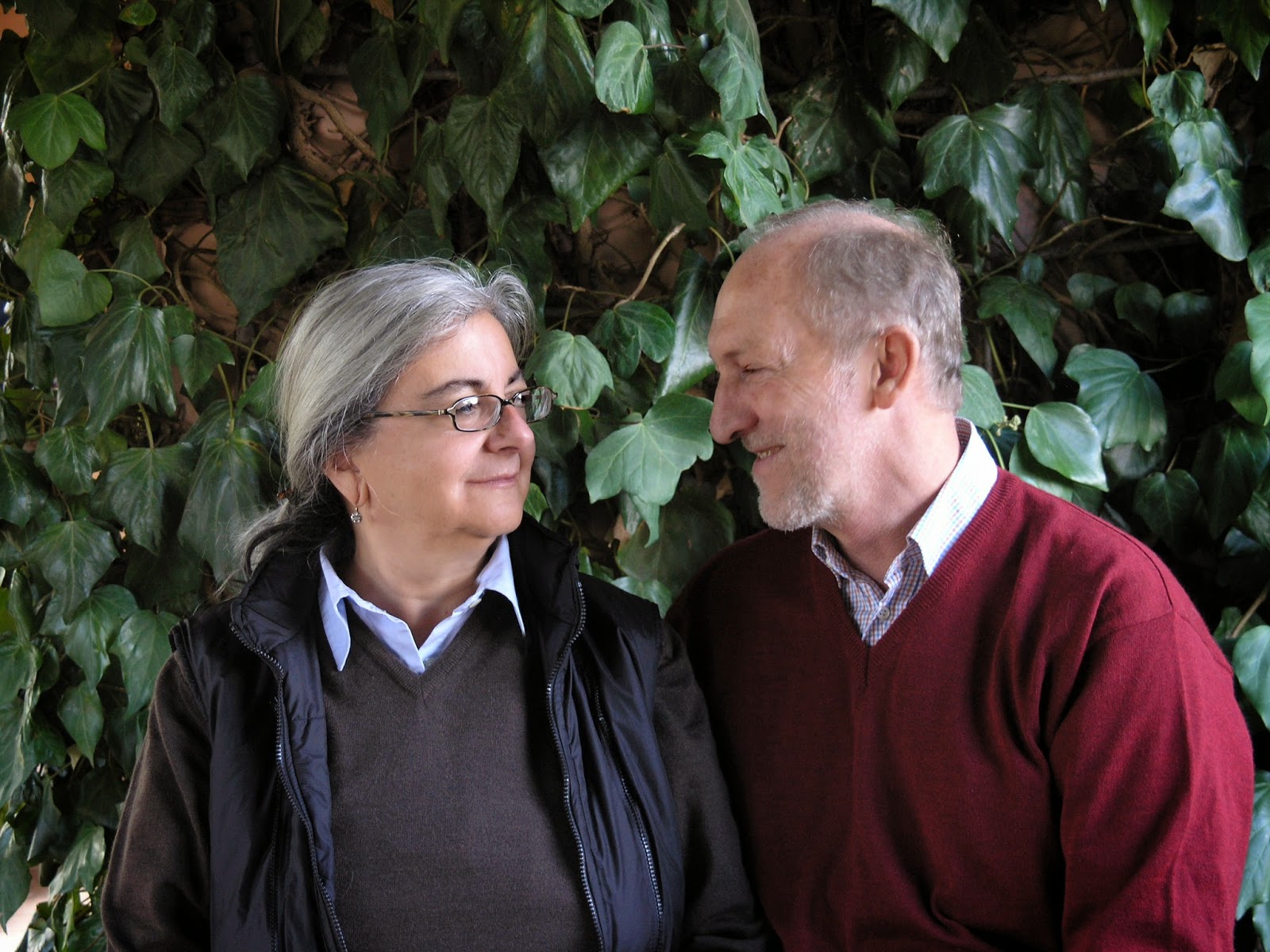 When a husband and wife write together, readers are always intrigued by the practicalities of the creative process. ‘How do you do it?’ they ask wide-eyed, imagining the nightmare of trying to get anything done with their own spouse or partner. Daniela and I have always written together as Michael Gregorio. We can’t explain how we do it, but we manage to do it without too much attrition, aiming to produce a story that will entertain us and whoever reads the book.

We published four crime novels set in nineteenth century Prussia – Critique of Criminal Reason, Days of Atonement, A Visible Darkness and Unholy Awakening* – which feature the investigations of a young and inexperienced magistrate named Hanno Stiffeniis. ‘Who invented Hanno?’ readers ask, and we really cannot say. He just appeared in the kitchen one day while we were drinking tea and dunking biscuits. We lived with Hanno on a daily basis for over five years, and then decided that Hanno had been a welcome guest, but that it was time for him – and us – to move on.

The last of the Hanno Stiffeniis series hit US bookstores in September 2010. Since then, we’ve received a number of concerned letters from readers. Have we taken a break, broken the mould, or broken up and gone our separate ways?

Question one: taking a break?
Writers never take breaks. They may take a few days off for a book festival or a promotional gig, but they never take extended breaks. Writing is an obsessive-compulsive activity. If I am deprived of my desk and computer for more than two days, I feel totally lost, and Daniela is just the same. In any case, though we weren’t writing about Hanno Stiffeniis, we had a lot to be getting on with. We had the builders working in the house for seven months as we restored a part of it. We had to charm them and feed them into doing a perfect job, and while we were watching (and sometimes helping) them, we had an idea for a novelette about three apprentices and a Renaissance painter rebuilding a ruined church in the mountains – we have mountains outside our window – after the big earthquake of 1523. Oh yeah, we have earthquakes in Umbria, too. There were six minor quakes just the other day. The story, which came out of it, Your Money Or Your Life (Paper Planes, 2013), was published as a Y/A short for English readers in Europe only, and the US rights are still available, if anyone in the States is interested. We have written another Y/A story, a contemporary tale of mayhem and wilful destruction set in the Amazonian jungle, provisionally entitled The Sacred Stream, which Paper Planes will publish in Europe in autumn 2015. So, we’ve been working hard.

Question two: had we broken the mould?
That is, had we moved away from historical crime fiction and into the Y/A genre?
There’s a story there, too. It was a complicated period in our lives, when we were heavily involved in local issues. We were Nimbies, protesting against modern developments in Spoleto, the ancient town where we live in central Italy. Following a series of protest marches and sit-ins, I was sued for slander, while five young kids were arrested as ‘terrorists.’ It was a set-up, of course. The only way the local authorities could defeat the protest movement was to frighten the meeker protestors and intimidate the braver souls. In the end, the kids were found innocent, and the case against me was dismissed. Daniela and I felt morally bound to write our version of those events, a tale of corruption and collusion, as speculators moved in to exploit the rebuilding of our beautiful old town after the earth­quake of 1997, which destroyed frescoes by Cimabue and Giotto in Assisi, just twenty miles from where we live, and damaged our cathedral. 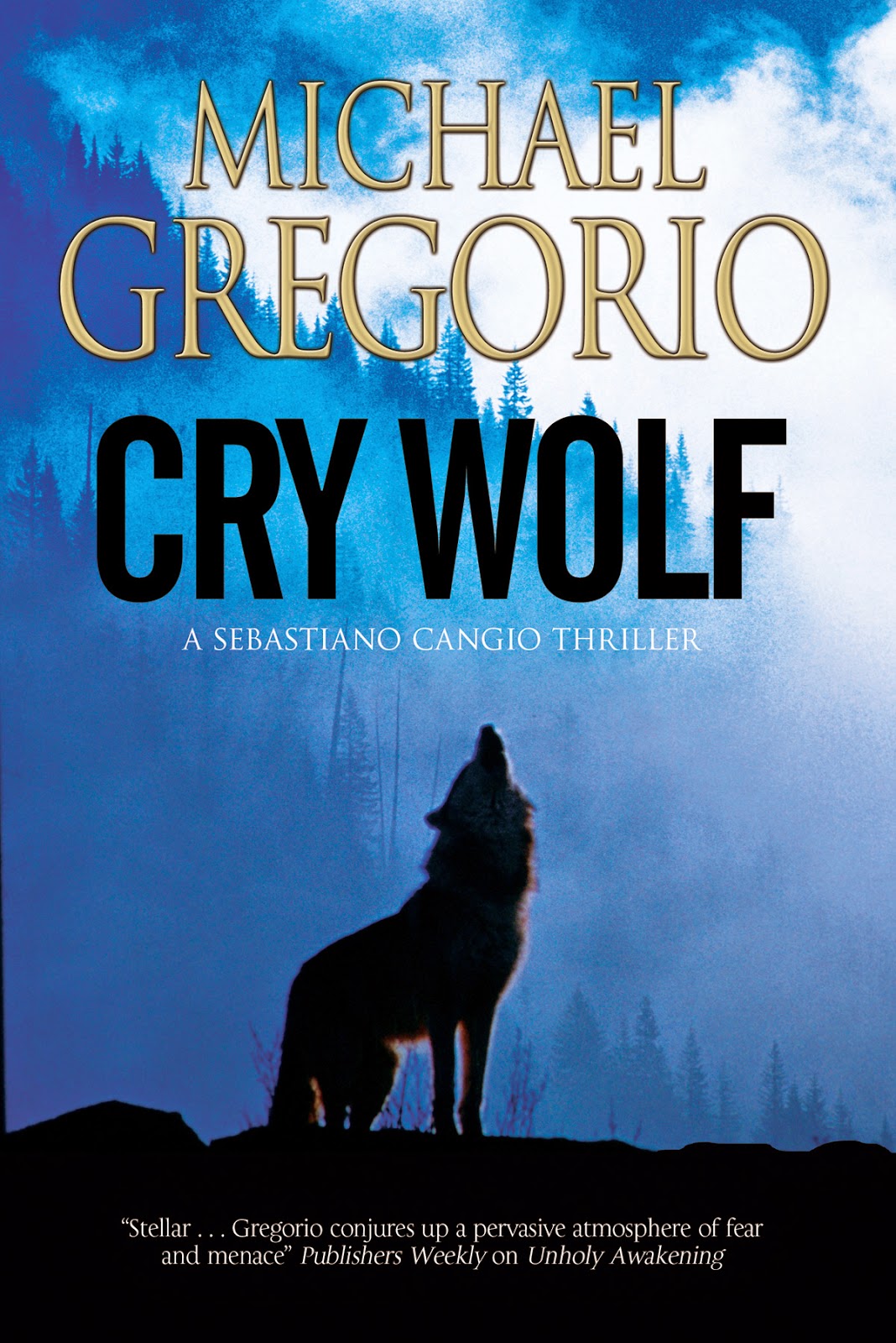 We published Boschi & Bossoli (Ambiente-VerdeNero, 2012) in Italy only, reserving all other rights for ourselves.

Okay, now we’re getting close to the real story behind CRY WOLF, our new novel, which will be published by Severn House in the UK in December 2014, and in the USA on 1st April 2015. (Love the US date, by the way!)  We retained the English-language rights because we saw the opportunity to invent an entirely different story for the international thriller market, using the same regional setting, but character-based and cutting out the local political and moral undertones. Could we write a violent, fast-paced mystery set in a rural area as the Mafia closes in on the millions of euros that the Italian government and the European Community has pledged in emergency relief funding? We took a minor character from Boschi & Bossoli, Sebastiano Cangio, turned him into a central figure, a park ranger who was born in Calabria (the home of the ’Ndrangheta mafia clans in the deep south of Italy), and we pitted Cangio against a fictional but believable mafia clan.

So, Mafia, violence, corruption. These are the themes of CRY WOLF.

Our old fans may be shocked.   We hope they will be, because it was time for us to turn over a new leaf.

Oh yes, the third question, and the one we haven’t answered yet: have we broken up, separated or divorced?
Well, we’re celebrating our thirty-fourth wedding anniversary with an ice-cold bottle of Moët this week, planning the next book in the series together. How’s that for an answer!

* Our Hanno Stiffeniis novels were published by Faber & Faber (UK) and St Martins Press (USA). Many thanks to our editors, Walter Donohue and Peter Joseph. We had great fun writing them!
Posted by Ayo Onatade at 18:52