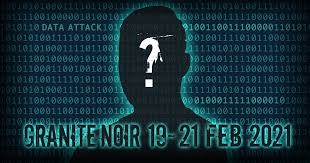 Granite Noir is inspired by the Granite City – its history, its atmosphere and its strong sense of place – and produced by Aberdeen Performing Arts on behalf of partners Belmont Filmhouse, Aberdeen City Libraries and Aberdeen City and Aberdeenshire Archives.

All events are free to view.

Welcome to Granite Noir 2021, online this year and staying true to everything that’s best about the festival. We have Jo Nesbo and Camilla Lackberg leading our Nordic contingent, Ian Rankin, Stuart MacBride and Peter May representing the cream of Scottish crime writing, David Baldacci joining us live from Virginia and Attica Locke in Los Angeles. We have authors, bloggers and podcasters, headliners and our Bold New Voices Panel featuring the ones to watch .

With the festival’s roots steeped firmly in the stories, history and heritage of Aberdeen and the North-east, we are delving into the city and shire archives again to bring you our Criminal Portraits webinar and Isla Traquair, also known in podcast land as The Storyteller, digs deep into two notorious murders in the North-east.

We bring you a very special collaboration with the Backlisted Podcast and Val McDermid to celebrate Josephine Tey’s 125th anniversary and Peter May talks about his novel Lockdown, about a deadly global flu pandemic, written 15 years ago, and rejected for its unrealistic storyline.

Be part of Granite Noir 2021 from the comfort of your own home, as we delve into the heart of darkness with a thrilling line up of events to celebrate crime fiction, in all its forms. 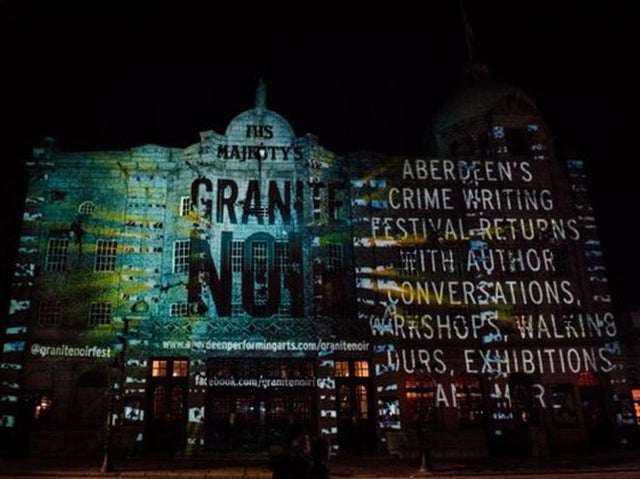 Some of the events incude -

Fiction is a dedicated follower of fashion, and every few years one genre (or sub-genre) bubbles up to prominence, while another’s declared dead in the water. Except that’s not really how we read, is it crime lovers?   Here to discuss why stories about cops chasing baddies will never join the choir invisible are two of Scotland’s finest practitioners, Ian Rankin and Stuart MacBride. Between them they’ve sold millions of books earning their places at the forefront of the tsunami that is Tartan Noir.

A Voice of America

Attica Locke is one of America’s most exciting writers, whose work not only encompasses award- winning novels, but writing and producing for television, including Netflix’s When They See Us and Hulu’s Little Fires Everywhere, and an upcoming adaptation of Waiting to Exhale.   Heaven My Home is the thrilling follow-up to the Edgar Award-winning Bluebird, Bluebird. It finds Texas Ranger Darren Matthews on the hunt for a missing boy whose family are infamous white supremacists. It’s set in a small town whose economy thrives on nostalgia for the ante-bellum era, a place where that era’s racism still thrives. In his race to save the boy, Darren has to battle centuries-old suspicions and prejudices, while facing fresh threats reignited by America’s current political climate.

NB: This event was pre-recorded. There will not be audience Q&A.

10am Chaired by Theresa Talbot

It’s always exciting meeting the bestsellers of the future, and we’re delighted to showcase three debut authors whose novels are some of the hottest properties around.

To outsiders, success can look meteoric and instantaneous - but we know it’s about hard work, talent, and yes, a dash of luck. Join us for an hour with three superstars who go from strength to strength. Find out how they’ve handled success, and their ongoing outreach efforts to help others up the ladder, designed to inspire anyone who’s stuck, or new writers at the start of their careers.

Inverness-born Josephine Tey (real name Elizabeth MacKintosh), was a popular Golden Age crime writer. Her first novel, The Man in the Queue (1929), introduced Inspector Alan Grant of Scotland Yard. The most famous Inspector Grant mystery, 1951’s The Daughter of Time, was voted the greatest mystery novel ever written by The British Crime Writers’ Association.   Bestselling author Val McDermid, an ardent fan of Tey’s work, has chosen Miss Pym Disposes as the centrepiece of this collaboration between Backlisted podcast and Granite Noir. McDermid’s most recent novel, her 40th, is the bestselling Still Life.

Granite Noir welcomes the Queen of Swedish Crime Fiction, bestselling author Camilla Läckberg, whose books have sold over 28 million copies worldwide.   A former economist, Läckberg grew up in Fjällbacka, a small fishing community located on the west coast, almost exactly halfway between Uddevalla and Strömstad. Her Fjällbacka novels were adapted for television in 2012, and the following year saw the premiere of the film The Hidden Child, based on the fifth book in the Fjällbacka series.

An Audience with Jo Nesbo

Jo Nesbo is one of the world’s bestselling crime writers, and the creator of Harry Hole, one of the most intriguing characters in crime fiction. He’s an international number one bestseller whose books are published in 50 languages, selling over 33 million copies around the world. Before becoming a crime writer, Nesbo played football for Norway’s premier league team Molde, but injury put paid to that career. Nesbo’s most recent novel, The Kingdom, the story of two brothers coping with a devastating family legacy, is a simmering, complex thriller delivering shocks and surprises at every turn.

Behind the scenes at The Storyteller and Crime Noir Isla Traquair and Candice Gaines. True crime podcasts have captured the public’s imagination, but how are they made? Join international television host, producer, and journalist Isla Traquair, of The Storyteller, and Candice Gaines, of Crime Noir, as they reveal how they do what they do, and why!   We’ll be asking how they choose which cases to delve into, and what kind of research is involved. We’ll examine how they turn all that information into a compelling narrative, and why they chose the podcast format to connect with audiences.

Mary Higgins Clark said, “When someone is mean to me, I just make them a victim in my next book.” Join our panel of writers as they discuss the allure - and dangers - of revenge, and explain how they’ve explored this in their work.

Bestselling Scottish author Peter May has seen his career encompass successes and setbacks, both as the author of award-winning novels and the force behind popular television programmes. Now, having sold more than 4.5M books worldwide, he’s at the forefront of international crime writing. He’ll talk about his fascinating career, and the two recent books whose stories pivot on the timely theme of how humanity behaves in times of tremendous upheaval.

In Conversation with David Baldacci

Granite Noir is excited to welcome American author David Baldacci - a global #1 bestselling author, and one of the world’s favourite storytellers - for his first appearance at the festival. His books are published in over 45 languages and in more than 80 countries, with 150 million copies sold worldwide, and have been adapted for films and television. His established links to government sources give his books added authenticity. With his wife, he’s the cofounder of the Wish You Well Foundation, a non-profit organisation dedicated to supporting literacy efforts across America.   He talks to festival programmer Lee Randall about his life and work, and delves into the conclusion of his thrilling Atlee Pine trilogy, featuring a unique FBI agent on a personal mission of discovery.

A complete list of all the events and more information about the individual events can be found here.