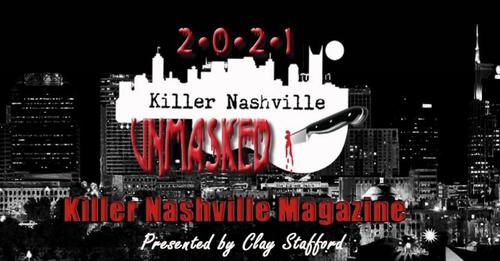 The Crow’s Nest by Richard Meredith

Con Me Once by J. L. Delozier

Once is Never Enough by Haris Orkin

Three Treats Too Many by Debra H. Goldstein

Larceny at the Library by Colleen J. Shogan

Seas the Day by Maggie Toussaint

Rose by Any Other Name by Becki Willis

Dark Secrets of the Bayou by Kim Carter

A Child Lost by Michelle Cox

The Lost Wisdom of the Magi by Susie Helme

Death on the Homefront by Frances McNamara

The Vultures by Mark Hannon

The Garbage Man by Candace Irving

A Palette for Love and Murder by Saralyn Richard

Facets of Death by Michael Stanley

In Twilight’s Hush by Laurie Stevens

All We Buried by Elena Taylor

The Crossingway by Lynn H. Elliott

Someone is Burning My Lord, Kumbaaya by Fiza Pathan and Michaelangelo Zane

Every Kind of Wicked by Lisa Black

Dark Secrets of the Bayou by Kim Carter

Travels of Quinn by Sasscer Hill

Three Houses on a Hill by Nicholas Holloway

Calling for the Money by Cathy Perkins

The Cold Vanish: Seeking the Missing in North America’s Wildlands by Jon Billman

The Five Core Conversations for Couples by David and Julie Bulitt

Jeremy and the Witches Medallion by Randy Gauthier

Servant of the Crown by Duncan M. Hamilton

Children of the Fang and Other Genealogies by John Langan

Borrowings of the Shan Van Vocht by Catherine Moore

Sisters of the Moon by Alexandrea Weis

Inn the Spirit of Competition by Becki Willis

The Stepdaughter by Georgina Cross

A Thousand Miles from Spokane by S. D. Goldman

The Golden Girl by Dana Perry

The Venezuelan by Bill King

Percentages of Guilt by Michael Niemann

Ripple in the Sea by Charley Pearson

The Divine Devils by R. Weir