The Killing of Lord George by Karl Shaw 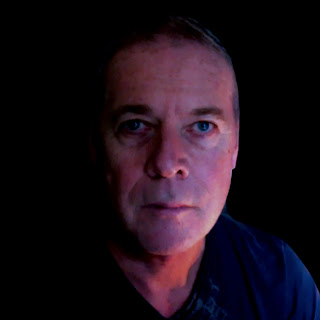 “Our great period in murder”’ wrote George Orwell, in an essay published in 1946, “our Elizabethan period, so to speak, seems to have been between roughly 1850 and 1925, and the murderers whose reputation has stood the test of time are the following: Dr Palmer of Rugeley, Jack the Ripper, Neill Cream, Mrs Maybrick, Dr Crippen, Seddon, Joseph Smith, Armstrong, and Bywaters and Thompson.”

It was midway during the latter third of this period in 1911 that an alleged murder tookplace that I have spent the best part of three years researching and writing about.

My project didn’t at all start out that way. I thought I was doing what I usually do, writing about social history. My subject was a gentleman who was once a showbiz celebrity. He was known to the world as Lord George Sanger but he didn’t have a drop of blue blood in his veins. Chances are you’ve never heard of him but for more than half a century he was Britain’s most popular and most successful entertainer and at the time of his death he was venerated as a national institution. He was the seventh child of a penny peep-showman. At the age of five he was a fairground spieler and by his early teens he was running a one-man travelling show. During his life on the road he endured great hardship and was at the receiving end of some of the worst prejudices Victorian society could muster, lumped together with vagabonds, gypsies and Jews. He became a magician, married a lion tamer, reinvented himself as a circus proprietor and his name was soon known in every corner of the British Isles. Just as PT Barnum ruled the world of popular entertainment in America, for more than half a century, Sanger was the biggest brand in British show business.

In 1911, a few weeks short of his 86th birthday, George Sanger died violently in his home in North London. It was considered one of the most callous murders in the English criminal calendar and was one of the news sensations of the Edwardian age. Within a week Sanger’s brutal slaying was making headlines from New York to New Zealand. It read like a popular crime thriller: a crazed, merciless killer, a famous victim, a desperate manhunt and a sensational ending.

When I set out to research George Sanger it was to write a book about his extraordinary life and career and I hadn’t thought much at all about his death other than that it seemed like a very strange and tragic post-script. I didn’t anticipate anything revelatory. It was only when I tracked down the old police case files and transcripts of the inquest into his death that I realised I had a genuine historical murder mystery on my hands.

Is it ever really possible to investigate something that took place more than 110 years ago? Certainly it presents many challenges and it depends how good the source material is. My starting point was George Sanger’s memoir, a hugely entertaining work and an important piece of social history in its own right. Unfortunately George was a born story-teller, overly fond of self-mythologising and it threw up quite few red herrings, but at least some of what he wrote tallies with the historical record. The details of his death were also very widely reported in the press but were never properly tested in a criminal court. By comparing accounts in national and local newspapers it is possible to construct an accurate record of the police investigation as it was seen through the eyes of the Edwardian public. The coroner’s records are also preserved in the National Archives in Kew and the London Metropolitan Archive in Farringdon and these also give us a very decent chance of unlocking the mystery. Most fortunately of all, the Metropolitan police were sticklers at preserving anything that came across their desk connected to potential murder enquiries and these too are kept at Kew. It was my first time at the Archives and I’ve been back there many times since. It truly is a fantastic resource and we’re very lucky to have it. Thanks to the NA, using original evidence, witness statements and police documents, I believe I have been able to reconstruct the events leading to George Sanger’s death, and like so much of his life, nothing was quite what it seemed. 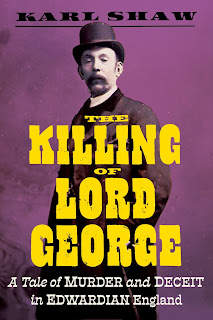 The Life and Death of a 19th Century Circus Legend. On 28 November 1911 a retired showman died violently at his home in North London. Known to the world as Lord George Sanger, he was once the biggest name in show business, and was venerated as a national institution.

The death of Britain's wealthiest showman read like a popular crime thriller: a merciless killer; a famous victim; sensational media headlines; a desperate manhunt laced with police incompetencies and a dramatic denouement few could have anticipated. But for over a century, questions have persisted about the murder.

Weaving in the story of George's rise to fame and the history of Britain's entertainment industry, The Killing of Lord George uses previously unpublished archive material to reconstruct the events leading up to the death and reveal the true story behind the brutal crime that shocked Edwardian England.

Interesting premise, I had a quick look at the George Sanger Wikipedia entry, and his murder sounds quite gruesome.

No doubt the backstory is fascinating.

Thanks for sharing this information here biographies