It’s not surprising the amount of writers who are turning to children’s fiction. Take scriptwriter David Gilman for instance. He is best known as the writer of the television series,"A Touch of Frost", which stars David Jason, and he draws on this experience in his first story for children, The Devil's Breath (Puffin, June, readership 10+). The first in a series called Danger Zone, it is a fast-moving adventure whose hero has innumerable close shaves with death. Unlike Gilman's quintessentially English detective series, however, the story is set in Africa, and the dramatic landscape facilitates the kinds of adventure that many European children would give their eye teeth for. For the last six years he has been the principal writer on A TOUCH OF FROST, with last year's episode garnering the highest audience share for a ITV drama in recent years and a BAFTA nomination for Best Single Drama. 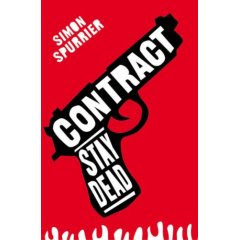 The Times has more on Headline's decision to release instalments of 25-year-old Simon Spurrier's first book, Contract, online for free. "Science Fiction publishers, like Orbit Books, have already published free novels online, but this is a first for a mainstream UK publisher." Piers Blofeld, of Headline, said: "The publishing industry has been tiptoeing around publishing books online. While there are obvious issues for publishers, the main point for me is that above all else, writers need readers." Blofeld denied making a commercial mistake. The book will be available online for a limited period, and from June 4 readers who can't wait to read the whole thing can buy it from the website.
The Times

For all of you with a nervous disposition, look away now. Chelsea Cain’s début thriller, Heartsick, which is part of a three-book series signed by Macmillan in a 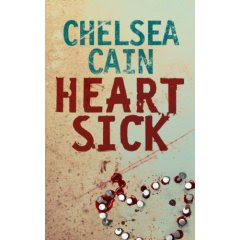 six-figure deal, and backed by ambitious marketing plans—opens with the glamorous serial killer Gretchen Lowell methodically hammering nails into a police officer's ribs and gouging a heart shape on his chest. Still reading? Okay: Later, Cain describes the slow murder of a schoolgirl by pulling out her intestines inch by inch with a crochet hook; other victims are dispatched with daily doses of drain cleaner that slowly eat at their insides. Ouch! You can Meet the Author and listen to Chelsea. Heartsick is out in the UK in August and published in the US by Minotaur September 2007. You have been warned!
Posted by Mike Stotter at 15:27