MI5 to WC1 All change for Stella Rimington 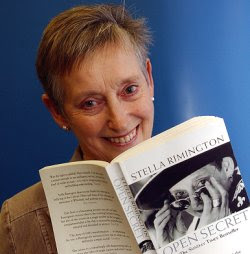 Anthony Cheetham, Chairman of Quercus Publishing Plc, announced today that the company has concluded a two book agreement with Stella Rimington. Dame Stella, a former head of MI5, has written three espionage thrillers, featuring fictional MI5 officer Liz Carlisle, for Hutchinson, where she was edited by Sue Freestone. She has now followed her editor to Quercus, who have acquired World English language rights.

The third Liz Carlisle novel, ILLEGAL ACTION, is due to be published by Hutchinson in the summer of 2007. The first of the Quercus novels, again featuring Liz Carlisle, will follow in the autumn of 2008.

‘I’ve been very happy at Hutchinson,’ Stella Rimington commented, ‘but Quercus is a young, energetic company, and I feel it will be exciting to be part of their adventure’.

Sue Freestone said ‘I’m proud to be publishing Stella again. No one can match her knowledge of the real world of espionage. And her heroine, Liz Carlisle, is not a million miles from Stella herself: highly intelligent, highly intuitive, and a delight to work with’.
Posted by Mike Stotter at 16:06