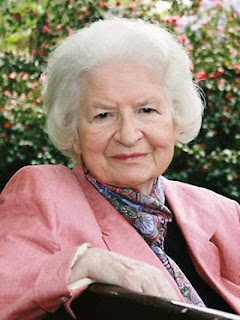 Today 3 August 2010 Baroness James of Holland, better known as P D James celebrates her ninetieth birthday. Known also as the Mistress of Crime, P D James is the author of over 20 crime novels. She is considered to be one of this century’s foremost crime writers. Her novels explore amongst other things relationships, motivation and the meaning of justice. Her knowledge and powers of reflection and observation are aspect that constantly at the forefront of her work.

Her first novel Cover Her Face was published in 1962 this was followed by A Mind to Murder (1963) and Unnatural Causes (1967). They are the first three books in the series to feature the poet Chief Inspector (later on Commander) Adam Dalgliesh. PD James has written 14 books in the Adam Dalgliesh series the most latest being The Private Patient (2008). 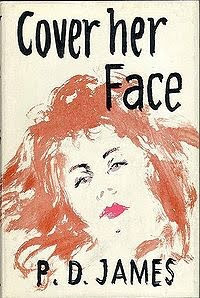 She has also written two books featuring Private Investigator Cordelia Gray. An Unsuitable Job for a Woman (1972) and The Skull Beneath the Skin (1982).

PD James has also written a number of non-fiction books –
The Maul and the Pear Tree: The Ratcliffe Highway Murders, 1811 (True crime)
Time to Be in Earnest: A Fragment of Autobiography
Talking About Detective Fiction (Literary Criticism)

A number of the Adam Dalgliesh novels have been adapted for television. Her standalone novel The Children of Men was the basis for the feature film Children of Men which featured Clive Owen and Michael Caine.

In 2008 PD James was inducted into the International Crime Writing Hall of Fame.

PD James and her work are admired all over the world and this can be seen by the number of prizes and awards that she has been given including –
Mystery Writers of America - Best Novel Award - Shroud for a Nightingale (1971), An Unsuitable Job for A Woman (1973) and A Taste for Death (1986)
CWA Silver Dagger Award – Shroud for a Nightingale (1971), The Black Tower (1975) and A Taste for Death (1986)

Not one to shy away from controversy she quite famously took on the BBC’s Director General Mark Thompson when she was guest editor on BBC’s Radio 4’s Today Programme early on in the New Year (2010). There was a huge profound and welcomed response in the various newspapers to her guest editing on the Today Programme. The response from The Guardian can be found here, The Independent and The Daily Telegraph.

The Today Programme can be found here

Her work is distinguished not solely due to the consistency of plotting, setting and character but also due to the fact that she is not afraid to experiment with the genre. As one of the leading lights of not only the British crime fiction scene but also the world it is with great appreciation and celebration that we congratulate P D James on her ninetieth birthday.
Posted by Ayo Onatade at 17:13