It has been hard to narrow down my books of the year, as I have not read as many books this year as I would normally have done.  However, there are some books that stuck with me over the year.  They are as follows in no particular order.

The Shining Girls by Lauren Beukes (Harper Collins) – In Depression Era Chicago, a drifter named Harper Curtis finds a key to a house that opens on to other times.  But it comes at a cost.  He has to kill the shining girls: bright young women who burn with potential.  He stalks them through their lives across different eras until, in 1989, one of his victims, Kirby Mazrachi, survives, and starts hunting him back.  This is a novel that spans the history of Chicago from the 1930s to 1990s.  An unusual twist on the serial killer novel. 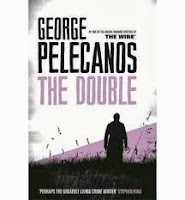 The Double by George Pelecanos (Orion).  In this second novel featuring Spero Lucas, a young Iraq vet working as a PI in Washington DC but with a sideline in finding lost items - the kind of items the owners can't go to the police about.  This time Spero is trying to find a painting belonging to a sexy young woman who was scammed out of it by a super-smooth con artist, part of a team of ruthless thugs.  Spero tracks the painting down but the woman is brutally attacked to warn him off.  Spero goes on the attack and takes the gang out one by one in their isolated house in the woods - prompting the question: have his experiences in Iraq turned him into an amoral killer no better than the crooks he's up against?  George Pelecanos always has the ability to write such fascinating and lyrical novels.  The Double is no exception.  Back to Spero Lucas who finds himself investigating the loss of a painting and his own dark side.  Augmented with a playlist that is as fascinating as the novel.

Suspect by Robert Crais (Orion) LAPD cop Scott James is not doing so well.  Eight months ago, a shocking night time assault by unidentified men killed his partner Stephanie, nearly killed him, and left him enraged, ashamed, and ready to explode.  He is unfit for duty—until he meets his new partner.  Maggie is not doing so well, either.  A German shepherd who survived three tours in Iraq and Afghanistan sniffing explosives before losing her handler to an IED, her PTSD is as bad as Scott’s.  They are each other’s last chance.  Shunned and shunted to the side, they set out to investigate the one case that no one wants them to touch: the identity of the men who murdered Stephanie.  What they begin to find is nothing like what Scott has been told, and the journey will take them both through the darkest moments of their own personal hells.  Whether they will make it out again, no can say.  In Suspect, Robert Crais has presented readers with not only a multi-faceted and unusual new protagonist but also a gripping and heart-rending thriller.

The Twelfth Department by William Ryan (Mantle).  Set in Moscow during 1937.  Captain
Korolev, a police investigator, is enjoying a long-overdue visit from his young son Yuri when an eminent scientist is shot dead within sight of the Kremlin and Korolev is ordered to find the killer.  It soon emerges that the victim, a man who it appears would stop at nothing to fulfil his ambitions, was engaged in research of great interest to those at the very top ranks of Soviet power.  When another scientist is brutally murdered, and evidence of the professors’ dark experiments is hastily removed, Korolev begins to realise that, along with having a difficult case to solve, he’s caught in a dangerous battle between two warring factions of the NKVD.  And then his son Yuri goes missing . . . The Twelfth Department is a desperate race against time, set against a city gripped by Stalin’s Great Terror and teeming with spies, street children and thieves and is a great atmospheric historical thriller set in Stalin's Moscow

Then We Take Berlin by John Lawton (Atlantic) John Holderness, known to the women in his life as 'Wilderness', comes of age during World War II in Stepney, East London, breaking in to houses with his grandfather.  After the war, Wilderness is recruited as MI5's resident 'cat burglar' and finds himself in Berlin, involved with schemes in the booming black market that put both him and his relationships in danger.  In 1963 it is a most unusual and lucrative request that persuades Wilderness to return - to smuggle someone under the Berlin Wall and out of East Germany.  But this final scheme may prove to be one challenge too far...  Then We Take Berlin is a gripping, meticulously researched, and richly detailed historical thriller - a moving story of espionage and war, and people caught up in the most tumultuous events of the twenty-first century.  This is a new historical series by an author that needs to be read featuring an East-End Londoner turned spy at the start of the cold war.  Brilliantly written.

The Saints of the Shadow Bible by Ian Rankin (Orion).  Rebus is back on the force, albeit with a demotion and a chip on his shoulder.  A 30-year-old case is being reopened, and Rebus’s team from back then is suspected of foul play.  With Malcolm Fox as the investigating officer is the past and present about to collide in a shocking and murderous fashion?  And does Rebus have anything to hide?  His colleagues back then called themselves ‘The Saints’, and swore a bond on something called ‘the Shadow Bible’.  But times have changed and the crimes of the past may not stay hidden much longer, especially with a referendum on Scottish independence just around the corner.  Who are the saints and who the sinners?  And can the one ever become the other?  As in the best police thrillers there is a rich mixture of ingredients layered into a very satisfying meal.  Ian Rankin's decision to bring John Rebus out of retirement to rake over the past was the right one.

Dead Man’s Land by Robert Ryan (Simon & Schuster) Deep in the trenches of Flanders Fields, men are dying in their thousands every day.  So one more death shouldn't be a surprise.  But then a body turns up with bizarre injuries, and Sherlock Holmes' former sidekick Dr John Watson - unable to fight for his country due to injury but able to serve it through his medical expertise - finds his suspicions raised.  The face has a blue-ish tinge, the jaw is clamped shut in a terrible rictus, and the eyes are almost popping out of his head, as if the man had seen unimaginable horror.  Something is terribly wrong.  But this is just the beginning.  Soon more bodies appear, and Watson must discover who is the killer in the trenches.  Who can he trust?  Who is the enemy?  And can he find the perpetrator before he kills again?  Surrounded by unimaginable carnage, amidst a conflict that's ripping the world apart, Watson must for once step out of the shadows and into the limelight if he's to solve the mystery behind the inexplicable deaths.  Dead Man's Land is not only a very inventive murder plot that will be welcomed by all lovers of crime thrillers, but it is also a brilliant and powerful depiction of wartime horror from the point of view of Dr John Watson.  The first in what is hoped a new series.

How a Gunman Says Goodbye by Malcolm Mackay (Pan Macmillan).  How does a gunman retire?  Frank MacLeod was the best at what he does.  Thoughtful.  Efficient.  Ruthless.  But is he still the best?  A new job.  A target.  But something is about to go horribly wrong.  Someone is going to end up dead.  Most gunmen say goodbye to the world with a bang.  Frank’s still here.  He’s lasted longer than he should have ... The breath taking, devastating sequel to lauded debut The Necessary Death of Lewis Winter, How a Gunman Says Goodbye plunges the reader back into the Glasgow underworld, where criminal organisations war for prominence and those caught up in events are tested at every turn.  This is a page-turner of a read that is brutal whilst being smoothly written.

London Falling by Paul Cornell (Tor) The dark is rising . . . Detective Inspector James Quill is about to complete the drugs bust of his career.  Then his prize suspect Rob Toshack is murdered in custody.  Furious, Quill pursues the investigation, co-opting intelligence analyst Lisa Ross and undercover cops Costain and Sefton.  But nothing about Toshack’s murder is normal.  Toshack had struck a bargain with a vindictive entity, whose occult powers kept Toshack one-step ahead of the law – until his luck ran out.  Now, the team must find a 'suspect' who can bend space and time and alter memory itself.  And they will kill again.  As the group starts to see London’s sinister magic for themselves, they have two choices: panic or use their new abilities.  Then they must hunt a terrifying supernatural force the only way they know how: using police methods, equipment, and tactics.  But they must all learn the rules of this new game - and quickly.  More than their lives will depend on it.  London Falling is pacy, clever and delights in London mythology.  An unusual but still unique novel.

In Screwed by Eoin Colfer (Headline) he adds and entirely new chapter to the adventures and misadventures of Daniel McEvoy, the down-on-his-luck Irish bouncer at a seedy New Jersey bar who, with the help of a motley crew of unlikely characters, solved a bizarre string of murders--including the one of the girl he loved.  But people around him continue to die mysteriously, and Daniel is called into action once again.  Colfer provides more back-story in this second novel and weaves in information about McEvoy’s alcoholic father and doomed mother and brother as well as McEvoy’s experiences in the Middle East.  Screwed is an equally gritty novel with a dark vein of humour that runs throughout the book.  This is shaping up to be a brilliantly wacky series that is awesomely good to read.
Posted by Ayo Onatade at 23:16