Today the Mystery Writers of America announced the recipients of the 2014 Special Edgar Awards.

The Grand Masters are Robert Crais and Carolyn Hart and the  Raven Award recipient is Aunt Agatha’s in Ann Arbor, Michigan.

The full press release can be read below.

Congratulations to all the recipients! 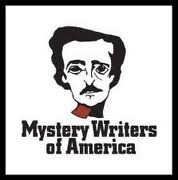 Mystery Writers of America Announces 2014 Grand Masters
Robert Crais and Carolyn Hart
Plus 2014 Raven Award Winner
Wednesday, December 4, 2013, New York, NY – Robert Crais and Carolyn Hart have been chosen as the 2014 Grand Masters by Mystery Writers of America (MWA). MWA's Grand Master Award represents the pinnacle of achievement in mystery writing and was established to acknowledge important contributions to this genre, as well as for a body of work that is both significant and of consistent high quality. Mr. Crais and Ms. Hart will be presented with their awards at the Edgar Awards Banquet, which will be held at the Grand Hyatt Hotel in New York City on Thursday, May 1, 2014.
When told of being named a Grand Master, Crais said, "I am happy, proud, and more than a little humbled to be chosen for this high honor by Mystery Writers of America. The list of Grand Masters is a list of my literary heroes. I may never accept that my name is now on this list, but I will be forever grateful for the kindness and generosity of MWA for placing me among these esteemed writers." 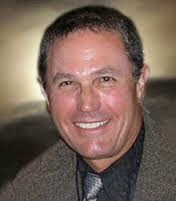 Robert Crais hails from a blue-collar family in Louisiana. In 1976, after years of amateur film-making and short story writing, he moved to Hollywood and found work as a screenwriter, crafting scripts for such major TV crime shows as Hill Street Blues, Cagney & Lacey, and Miami Vice. In the mid-eighties he left television and began writing novels full-time. Upon the death of his father in 1985, he was inspired to create his main character Elvis Cole using elements of his own life as the basis of the story. It resulted in his breakout novel, The Monkey’s Raincoat, and was nominated for The Best First
Novel Edgar Award.
Eleven books followed in the Elvis Cole series including Free Fall, L.A. Requiem, and The Watchman. Joe Pike, Elvis’ partner, and Carol Starkey, an LAPD bomb expert, are recurring characters and also have their own books. Crais is known for his thought provoking plots and his ability to weave present
day issues and social commentary into his mysteries. He has been nominated for every major award in the mystery field. Crais lives in Southern California with his wife. 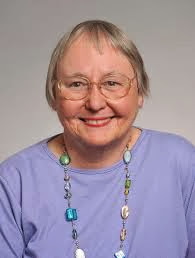 Carolyn Hart is a native of Oklahoma City, graduated Phi Beta Kappa from the University of Oklahoma, and began her writing career at her local newspaper. In 1964 Hart won a contest looking for a mystery novel that would appeal to adolescent girls which resulted in her first published book. She wrote a number of books for young adults over the course of the next seven years. In 1972, she turned to writing for an adult audience and has published fifty novels, a remarkable achievement for any author. Hart's series Death on Demand contains twenty-three novels, including:
Southern Ghost, Death Walked In and Dead Days of Summer. The most recent is Dead, White and Blue published in 2013. She writes two other series (the Henrie O mysteries and the Bailey Ruth Raeburn series), and has published a total of eleven books in both. She has written numerous standalone suspense novels including Letter From Home, which was awarded the Agatha for the Best Mystery Novel of 2003 and was a New York Times notable book. She has been nominated for many writing awards, and is a past president of Sisters in Crime. Upon learning she was named a Grand Master, Hart said, "To be named Grand Master by Mystery Writers of America is the greatest honor I could receive as a mystery writer. My thanks to the Board for this wonderful, surprising, thrilling moment."
Previous Grand Masters include Ken Follett, Margaret Maron, Martha Grimes, Sara Paretsky, James Lee Burke, Sue Grafton, Bill Pronzini, Stephen King, Marcia Muller, Dick Francis, Mary Higgins Clark, Lawrence Block, P.D. James, Ellery Queen, Daphne du Maurier, Alfred Hitchcock, Graham Greene, and Agatha Christie.
The 2014 Raven Award will be awarded to a beloved, independent mystery bookstore. Established in 1953, the award recognizes outstanding achievement in the mystery field outside the realm of creative writing. Aunt Agatha's of Ann Arbor, Michigan will receive the 2014 Raven Award.
The store is located at 213 South Fourth Avenue, Ann Arbor, Michigan 48104.
Aunt Agatha's maintains a wide selection of both new and used mysteries, detection and true crime books. The owners, Robin and Jamie Agnew are champions of both established and new authors, making the store a must-stop destination for author tours in the Midwest. They are among the founding members of the Kerrytown Bookfest, an event that celebrates those who create books and those who read them. The Bookfest's goal is to highlight the area’s rich heritage in the book and printing arts while showcasing local and regional individuals, businesses, and organizations. The Agnews said, "We are absolutely thrilled and astonished to be the recipient of the Raven Award! We feel we have been privileged for twenty-one years to share our passion for mysteries with readers and to put forward the work of writers we love. We are really grateful to the Mystery Writers of America for this wonderful honor."
Previous Raven winners include Oline Cogdill, Molly Weston, The Mysterious Galaxy in San Diego, Centuries & Sleuths Bookstore in Chicago, Once Upon a Crime Bookstore in Minneapolis, Mystery Lovers Bookstore in Oakmont, PA, Kate’s Mystery Books in Cambridge, MA, and The Poe House in Baltimore, MD.
The Edgar Awards, or "Edgars," as they are commonly known, are named after MWA's patron saint Edgar Allan Poe and are presented to authors of distinguished work in various categories. MWA is the premier organization for mystery writers, professionals allied to the crime-writing field, aspiring crime writers, and those who are devoted to the genre. The organization encompasses more than 3,000 members including authors of fiction and non-fiction books, screen and television writers, as well as publishers, editors, and literary agents.
For more information on Mystery Writers of America, please
visit the website: www.mysterywriters.org
Contacts:
Margery Flax, MWA, 212-888-8171, mwa@mysterywriters.org
Meryl Zegarek Public Relations, 917-493-3601, mz@mzpr.com
Posted by Ayo Onatade at 15:42