Ben McPherson on What I don’t know about criminal psychology 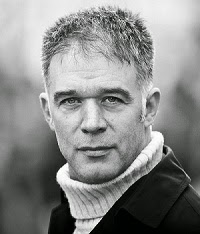 I was in Oslo on 22nd July 2011; the day Anders Behring Breivik committed the worst peacetime atrocity by a single gunman, ever. We heard the bomb go off. The glass in the windows shook. We thought it was thunder.

Breivik murdered seventy-seven people. His bomb destroyed a government building in the heart of Oslo, killing eight. After that he calmly drove to the Island of Utøya and murdered a further sixty-nine, mainly teenagers, at a summer youth camp. This remains the worst peacetime killing committed by a single gunman, ever.

As a fiction writer you have a responsibility not to turn the suffering of others into entertainment. Breivik ruined the lives of countless people, and the bravery of those who testified against him, while he stared at them unblinkingly across the courtroom, was unforgettable. Yet the problem of Breivik continues to gnaw at me.

My first novel is called A Line of Blood. It has nothing to do with Breivik, and yet Breivik’s influence seeped into it, almost without my knowing it. The book is about a marriage, and a family, placed under intolerable pressure by the death of the man in the house next door. It’s also about a crime committed “in good conscience”, as Breivik’s was.

I covered the trial for a small Internet newspaper. I sat for six weeks in an Oslo courtroom watching Breivik, and listening to expert testimony about him, and his crime, and his state of mind. I did not then — and do not now — understand what would push a man to plan and commit an act of such barbarity. And yet Breivik told us, repeatedly.

Breivik claimed he was firing the first shots in a great European war against Islamisation. He was, he said, a military commander and a Knight Templar. The children he killed were “enemy combatants”.

I already had a very clear rule when writing: no psychopaths. Psychopaths change the rules of the game; they act outside the rules of our day-to-day interactions with the world, from a set of rules that most of us don’t understand.

Of 34 mental health experts who examined or observed Breivik in the months between the murders and the trial, only two concluded that he was insane. Breivik, in other words, is not a psychopath. He is more complex, and more worrying, because of this.

I have never sat across a table from people who will not repent and cannot be reformed, so I have to make things up. I base what I write on my own experience, on observing other people’s behaviour, and on talking to experts who are cleverer than me. My writing brings me into contact with criminal psychologists. These people work with some very dangerous men and women; they are highly trained and ferociously intelligent. I do not have their training, nor their professional insight.

I make things up, and then ask experts to tell me where I am wrong. And I have the luxury of not having to be right about criminal behaviour. When I get things wrong, no one dies.

None of the characters in my book is evil or psychopathic, but all of them have done bad things. One has done a very bad thing indeed. It’s domestic, it’s at the other end of the scale from what Breivik did and again — and this is worth repeating — I made it up. But I learned two very important lessons from the Breivik trial and those lessons made their way into the book. 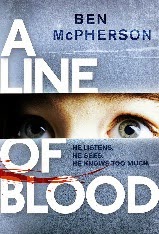 Breivik was convinced, and is to this day, that he acted in good conscience. “It was horrible,” he said, “but necessary.” That belief — that fantasy, perhaps — seems to be necessary if a murderer is to live with what he or she has done. It’s there in my novel; it was the psychological key I needed to make the act believable.

The second lesson is this: listen to what the killer is telling you. During the trial a professional witness told me that he couldn’t understand why the court was wasting time discussing Breivik’s sanity; he felt he was clearly sane. “Why can’t they see what he’s trying to tell them? That he’s a modern European fascist… that this is a political act.” Sometimes you miss the obvious truth, because it’s too hard to bear.

I plan one day to base a book on Breivik. I am not yet ready. The man who ruined so many lives did not ruin mine, but he left a tiny marker on it that I cannot be free of. I think his may be a crime that cannot be forgiven. The attack was an attack on the values of a modern and enlightened country; those values were heroically defended by Norway in the aftermath. And on a personal level, 22nd July was our wedding anniversary, and now that day forever carries Breivik’s taint, and I can’t forgive him for that.

A Line of Blood

A chilling psychological thriller about family – the ties that bind us, and the lies that destroy us. You find your neighbour dead in his bath.  Your son is with you. He sees everything.  You discover your wife has been in the man’s house. It seems she knew him.  Now the police need to speak to you.  One night turns Alex Mercer’s life upside down. He loves his family and he wants to protect them, but there is too much he doesn’t know.  He doesn’t know how the cracks in his and Millicent’s marriage have affected their son, Max. Or how Millicent’s bracelet came to be under the neighbour’s bed. He doesn’t know how to be a father to Max when his own world is shattering into pieces.  Then the murder investigation begins.