At The End of the Hallway with Lori Roy 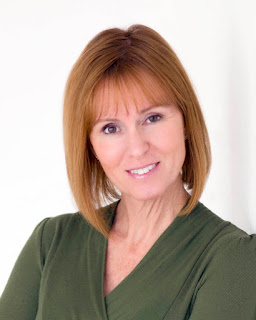 Lori Roy's debut novel, Bent Road, was awarded the Edgar Allen Poe Award for Best First Novel by an American Author and named a 2011 New York Times Notable Crime Book.  Her second novel, Until She Comes Home was a finalist for the Edgar Allen Poe Award for Best Novel and was named a New York Times Editors' Choice.
-----
I’m often asked to describe the novels I write. Some reviewers have called my work literary suspense. Others have called it noir or Southern gothic.  No matter how it’s labeled, my novels, and much of all crime fiction, are about ordinary people who find themselves fearful of something or someone, and as a result, must make decisions that could save them or destroy them.

I was twenty-one years old and sitting in the lobby of a corporate building in Miami Beach when I first experience a real fear that could have destroyed me. I was due to graduate soon from Kansas State University and had flown to Miami for a job interview.  As was standard for the corporate world in the eighties, I wore a blue jacket and skirt, a white silk blouse and chunky pearl earrings.  My interviewer was already an hour late, and the receptionist who sat behind a mahogany desk twice apologised for the delay.  I was afraid to tell her I would have to leave soon or risk missing my flight home. Instead, I sat quietly, hands resting in my lap and watched the clock.

If there had been windows in the lobby, I would have heard the Atlantic Ocean. But there were none.  Dark wood paneling covered the walls, and every few feet, a brass sconce threw a spot of light on the red carpeting underfoot. Somewhere down a long hallway, a door opened and a man appeared in the lobby.  “He’ll see you now,” the woman said.  I picked up my briefcase, which was empty except for a pad of paper and two blue pens, and followed the man.  Like the lobby, the hallway we walked down was lined with dark paneling and light only by a few sconces.  The man dipped his head toward a set of heavy, double doors at the end of the narrow passageway.  “That’s his office,” the man said.

Once inside the man’s office, which had only a single door, he was polite enough to mute the television, but he left it on so he could watch the stock prices that rolled across the screen.  “We work six and a half days a week,” he said, scanning my resume. “We take off Sunday afternoons to do laundry.” I nodded. I was from the Midwest and knew about hard work.  Then he told me about those who had come before me.  They had graduate degrees, and yet they didn’t last.  He wasn’t sure I would last either.  He figured this by the look of me.  I would have figured the same.  “Besides,” he said, and again dipped his head off in the direction of those double doors.  “He’ll worry about your ticking clock.” I was only twenty-one but I knew what he meant.  “This probably isn’t for you,” he said.  I caught a cab and made my flight home in plenty of time. 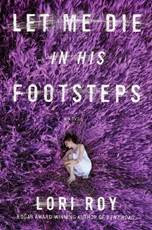 Once back in Kansas, I graduated and eventually accepted a different job. I was relieved to have not been offered the position on Miami Beach. Though I was young and had only been on a handful of interviews, I had sensed trouble was lurking inside those dark rooms and behind those double doors at the end of the hallway. Maybe it was the absence of light in a place that should have been flooded with sunshine that frightened me. Or maybe it was the blood red carpets, or the brass sconces, or maybe it was the woman who poked at her typewriter with long, white fingernails. Something had triggered my instinct to flee that day, and that something had been right.  Some years later, a book would be published. A wildly successful book called DEN OF THIEVES.  Along with countless others, I read the tales of insider trading and scandals that defined a decade of greed. There among the pages, I found the name of the man who had been behind the double doors at the end of the hall.  Regardless of how my work is labeled, this is the fear—the subtle, lingering, all-too-relatable fear—I hope to conjure.

Everyone knows Hollerans don't go near Baines. Aunt Juna was the start of all the hatred between the families, and even though she's been gone a good many years, the hatred has stayed put.  On a dark Kentucky night in 1952, exactly halfway between her fifteenth and sixteenth birthdays, Annie Holleran crosses over into forbidden territory. Everyone knows Hollerans don’t go near Baines, it’s been that way since Joseph Carl Baine was hanged in 1936. But local superstition says that tonight Annie can see her future in the Baines’ well. Armed with a silver-handled flashlight, Annie runs through her family’s lavender fields toward the well and at the stroke of midnight, she gazes into the water. What she sees instead, there in the moonlight, is a dead woman.  Not finding what she had hoped for, she turns from the well and when the body is discovered come morning, Annie will have much to explain and a past to account for. Suddenly the events of 1936, events that have twisted and shaped the lives of Annie and all her kin, are brought back into the present. That year, Annie’s aunt, Juna Crowley, with her black eyes and her long blond hair, came of age. Before Juna, Joseph Carl had been the best of all the Baine brothers. But then he looked into her eyes and they made him do things that cost innocent people their lives. Juna will come home now, to finish what she started. And if Annie is to save herself, her family and this small Kentucky town, she must face the terrible reality of what happened all those years ago.  Let Me Die in His Footsteps is inspired by the true story of the last lawful public hanging in the United States.