The Art of the Twist 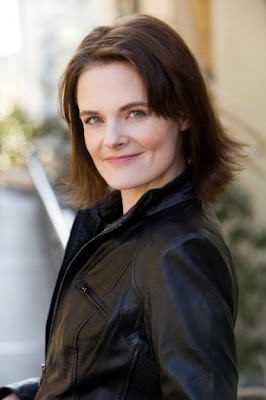 Today’s guest blog is by Hester Young who holds a Master’s degree in English with a Creative Writing concentration from the University of Hawaii at Manoa. Before turning to writing full time, she worked as a teacher in Arizona and New Hampshire. The Gates of Evangeline is the first book in the Charlie Cates trilogy.  More information about Hester Young and her books can be found on her website.

I knew, when I first began the novel that became The Gates of Evangeline, that I would walk a twisty path. Those are the books I most love reading, after all: the kind that string me along into the wee hours of the morning with the promise of answers and the possibility of surprise.

And yet as I began to write, I also knew that clever plot twists, no matter how artfully done, do not in themselves make a book great. If plot is the only thing that keeps a reader engaged, then that reader will lose interest the moment he or she works out where things are going.

All savvy readers of crime fiction have been there. You pick up a book with a jacket that boasts of a startling ending and, as you immerse yourself, you perform a series of mental calculations. When you’ve read enough genre fiction, you notice all the breadcrumbs an author is laying out. You work out all the possible paths and narrow it down.

Sometimes the twists aren’t all that surprising. Sometimes you’re disappointed.

I read many mysteries and thrillers, but when I consider my favourite works, it’s not the element of the unexpected that ultimately makes me fall in love with a book. Tana French, one of my favourite authors, typically reveals the villain about 3/4 of the way through, and yet that final quarter of her book remains the most riveting. Why? Because of her dynamic and thought-provoking characters.  Gone Girl, similarly, would not be a masterpiece without the mesmerising Amy at its core.

For me, the best suspense comes from my relationship with the book’s characters. The heart of a great mystery lies not in what a character does but in why she does it.

The Gates of Evangeline centers around the thirty-year-old mystery of a missing child, but it is Charlie’s struggle to move forward after a devastating loss that really drives the story. It is her relationships with the other characters that create suspense.

In short, I tried to write the kind of book I love to read: a book about people, with a twist.

The Gates of Evangeline by Hester Young 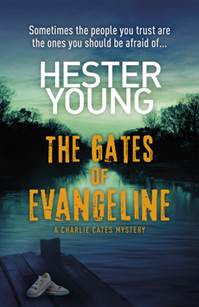 dreams about children after her only son passes away, she’s sure that she’s lost her mind. Yet she soon realizes these are not the hallucinations of a bereaved mother. They are messages and warnings that will help Charlie and the children she sees—if she can make sense of them.  The disturbing images lead her from her home in suburban New York City to small-town Louisiana, where she takes a commission to write a true-crime book based on the case of Gabriel Deveau, the young heir to a wealthy and infamous Southern family, whose kidnapping thirty years ago has never been solved. There she meets the Deveau family, none of whom are telling the full truth about the night Gabriel disappeared. And as she uncovers long-buried secrets of love, money, betrayal, and murder, the facts begin to implicate those she most wants to trust—and her visions reveal an evil closer than she could have imagined.