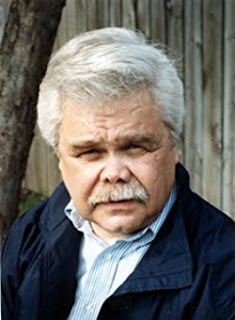 News coming in today that writer, editor, mentor Ed Gorman passed away on Friday October 14, 2016 after succumbing to his long battle against cancer.

There are a lot of tributes on the internet to Ed and I am adding my own here.

I knew Ed for many years, back to when he was the editor of Mystery Scene and gave me a column reporting on the crime scene in the UK.  It Marty Greenberg and Ed who gave me my first break in the short story market when he contacted me one day and asked if I had a typical English mystery short story to hand. I hadn't but asked when he wanted it by. "Yesterday", he said. And I wrote my first commissioned short story BUBASTIS for A Treasury of Cat Mysteries (Carroll & Graf ed edition February 1998). Ed liked it and came back for more, this time sample chapters from my first western, McKinney's Revenge and included it in the anthology The Fatal Frontier. Over the years Ed would be in touch for more stories and I was only too happy to write them. 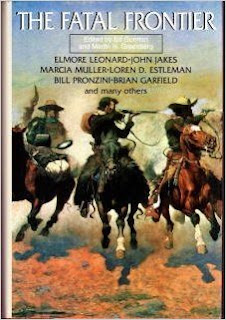 Ed was a wonderful and generous man, and had a superb sense of humour. When he found out that Piccadilly Publishing had started up he wrote me and said, "I can see you now with the world at your feet and a bubbly blonde on your lap."

Ed wrote in every genre under the sun. Westerns, mysteries, science fiction - you name it.
From the Rap Sheet:

Gorman himself wasn’t sure how many novels he’d penned—somewhere between 70 and 100, but the online resource Stop, You’re Killing Me! offers this listing of his book credits. The Thrilling Detective Web Site’s record of his work features Gorman’s numerous short stories. Meanwhile, the Internet Movie Database (IMDb) says three of his yarns were adapted to film.

Ed had a favourite saying: "Don't let the buggers grind you down."  He wouldn't let them do that to him. He's going to be missed by a lot of people. Farewell, my friend.
Mike
Posted by Mike Stotter at 12:23