Hawkins' Train heads into the Water

Penguin-Random House UK’s TRANSWORLD imprint have been busy, what with celebrating publication of Lee Child’s 21st Jack Reacher thriller NIGHT SCHOOL [which hit No 1 in the UK on release], the release in PB of Alison Gaylin’s WHAT REMAINS OF ME this week - as well as announcing 5 debut thrillers planned for 2017. 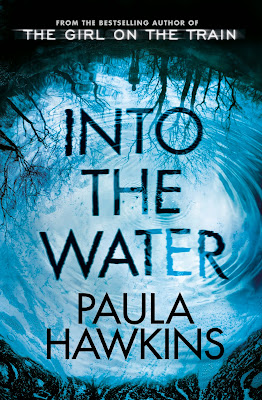 So we were delighted to hear of what Paul Hawkins has in store for readers in 2017.
Into The Water is an addictive novel of psychological suspense about the slipperiness of the truth, and a family drowning in secrets.

With the same propulsion that captivated millions of readers worldwide in her debut, The Girl on the Train, Paula Hawkins unfurls a gripping, twisting, layered story set in a small riverside town.  Once again in Into The Water Hawkins demonstrates her powerful understanding of human instincts and the damage they can inflict.

Paula Hawkins says:  “This story has been brewing for a good while.  For me there is something irresistible about the stories we tell ourselves, the way voices and truths can be hidden consciously or unconsciously, memories can be washed away and whole histories submerged.  Then two sisters appeared, and the novel began to form.”

Paula’s Editor, Sarah Adams, says: “Once again Paula explores the thrilling depths of our psychology, reminding us that all is rarely as it seems and enticing us to turn detective.  Into The Water drips with suspicion and the ghostly echoes of the past.  It is a menacing, moving, deeply satisfying read which entranced me from first page to last.  We couldn’t be more excited to share it with her eagerly awaiting readers.”
Paula’s literary agent, Lizzy Kremer, says: “Into The Water is incredibly dark and moving.  Only Paula Hawkins could have written it.  It is an unflinching and original book that is both a terrific thriller and a beautiful novel.”

Email ThisBlogThis!Share to TwitterShare to FacebookShare to Pinterest
Labels: girl on a train, into the water, Paula Hawkins, Transworld