We're excited to announce David Baldacci as a headline author and special guest of honour at Capital Crime.

We've been fans of David since Absolute Power, and are thrilled he will be joining us next year. David is one of the world's foremost authors and it will be a real treat for crime and thriller fans to hear him talk about his life and work. 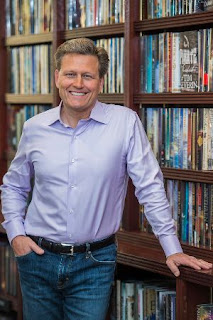 David Baldacci has published 37 novels for adults in over 45 languages and more than 80 countries, with over 130 million copies sold. His debut novel, Absolute Power, was adapted as a feature film starring and directed by Clint Eastwood, one of a number of successful film and television adaptations of his work.

We're very happy David has chosen to come to Capital Crime. His worldwide success is a testament to his skill as a writer, and his popularity with readers is recognition of the universal appeal of the stories he tells. We look forward to welcoming David to Capital Crime and to giving fans the opportunity to engage with one of the world's bestselling authors.

Tickets for Capital Crime are available at www.capitalcrime.org.