I’m 16-years old, sitting on the top deck of the 140 travelling from Northolt to Hayes with my two friends Gan and Kegg (their names have been changed to protect the guilty). It’s a little after 7.00pm on a Saturday night in October and we’re on our way to a house party we’re hosting. Except not one of us lives in Hayes.
Three weeks earlier, Gan had been at a party where he’d met a 33-year-old man called Yohan. A proper London wide boy, Yohan had been very interested in the fact Gan had recently started sixth form. He was particularly keen on the idea Gan might be able to introduce him to sixth form girls. Looking back, alarm bells should have been ringing from the very first encounter. No decent 33-year-old man is on the prowl for teenage girls.
But when you’re 16 and keen to make friends at your new sixth form college, you’ll do all sorts of stupid things. The stupid thing in this case was agreeing a too-good-to-be-true deal with Yohan. He’d let Gan use his house for a party, provided he got to hang around and meet the guests. So Gan asked me and Kegg to help host and we printed flyers and invited our fellow newbie sixth formers to the first party of their ‘adult’ lives.
Any limit on numbers? No, invite as many as you want, but make sure there are plenty of girls. What about music? Well, I shouldn’t tell you this, but I’m really Paul Trouble Anderson, the Kiss DJ, and I’ve got a full sound system at home. I live incognito so I won’t be mobbed by fans all the time.  And drink? No worries. I’ve got a full bar.
The day of the party arrives and Gan phones Yohan to check we’re still on. Yeah, yeah, yeah. It’s gonna be banging. How many people are coming? Gan tells him we’re expecting about a hundred. Quality, mate. It’s gonna be mental.
That night, we get off the bus and walk up Yohan’s quiet suburban street. Spooky horror movie quiet. Half expecting zombies to lurch from the porches of the post-war semis, we had no idea that the real horror was going to be something far more mundane.
Yohan was out. His house was deserted.
If any of his neighbours had peered from their windows at that moment, they’d have seen three shifty teenagers shuffling on the spot, trying to keep warm in the autumn chill, talking nervously and starting to sweat as they figured out what to do about the 100-plus guests due to arrive at 8.00pm.
We were consumed by thoughts of humiliation, two years spent at sixth-form being known as the guys who’d failed, the idiots who’d dragged tons of people out to a party that didn’t exist. This was pre-mobile phones and there was no way of getting hold of Yohan to find out why he’d put us in this tight spot. Our futures as social pariahs seemed certain.
Until Kegg noticed the living room letter box window was open. Any curtain-twitching neighbours would have then seen three teenagers arguing over who was going through the window. As the smallest, Kegg was ‘volunteered’, and Gan and I gave him a shove inside. Moments later, we were in the house, and what a strange abode it was.
There was hardly any furniture. A three-piece suite in the living room, but little else. No photos or pictures. One of the upstairs rooms had a heavy padlock on the outside. We joked that someone was probably being held prisoner, but when we knocked, there was no response. The place was empty.
It was also devoid of any food or drink and there was no stereo. So Gan and I caught the bus back. Him to raid his parents’ drinks cabinet, and me to pick up my record collection and the snazzy stereo I’d had for my birthday. Some creative liberties with the truth meant I was able to persuade my mum to give me a lift back to Yohan’s, and by the time we arrived there must have been at least eighty people congregating in the street, wondering when the music and booze were coming.
I thanked my mum, who went home oblivious, and rushed in to set up the stereo. Within minutes, the best of late disco and early house music was filling the quiet little street and the party was indeed ‘banging’.
Gan, Kegg and I had never realised we had so many friends. Well over the hundred we’d been expecting. The house was heaving with the wild excesses of youth. An ambulance came shortly before midnight, summoned to deal with a guy who’d passed out on the kerb. The police came three times, and each time Gan and I calmly listened to the constables telling us about the neighbours’ complaints about the noise. We promised to keep the music down.
But somehow the volume kept creeping up, until, a little before 2.00am, Yohan came home. 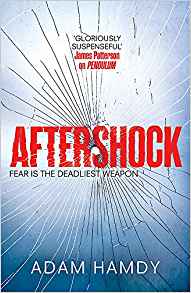 With his girlfriend. Gan, Kegg and I had forewarned a few key people about our questionable legal status, and when Yohan entered, the three of us yelled RUN!
A perplexed Yohan was overwhelmed by dozens of drunk teenagers fleeing into the night, but he wasn’t on the back foot for long. He locked the front and back doors, and approximately 25 of us were trapped in the house, those who were either too drunk to walk, or who had been engaged in bedroom activities. Gan, Kegg and I made the honourable decision to go down with the ship and fronted up to Yohan, explaining that we’d thought he’d simply popped out to get some booze for the party. You wouldn’t skank us would you, mate? It’d be a dark thing to arrange a party at your own place and then not show up for it.
A howl of anguish came when he went upstairs. Someone had smashed the padlock and broken into the secret room, which it turned out was his bedroom. His TV, clothes, cash and a quantity of cocaine had been stolen. Or so he said. The house, it turns out, wasn’t his, but his uncle’s and he was just a lodger. And no, he wasn’t Paul Trouble Anderson. It turned out he wasn’t even Yohan. His real name was Selwyn.
What followed was four hours of negotiation. Gan, Kegg and I had to buy our guests’ release, and finally, when we’d agreed a price for the damage and inconvenience, Selwyn set us free and we staggered into the October dawn carrying my record collection and stereo. Older but almost certainly none the wiser.
We were teenage fools, willing to risk criminal prosecution, imprisonment and potential violence from Selwyn simply to avoid the ridicule of our peers. It’s always made me wonder what others might be prepared to risk if they had a genuine reason? How far would they be prepared to go for the sake of their mission?
It’s a theme I explore in Aftershock, the final book of the Pendulum trilogy, when the Foundation, a subversive organisation set on reshaping the world, turns to a malign figure who promises he can deliver what they want. And no, it’s not a house party.