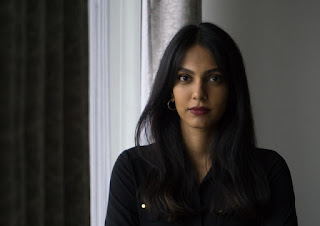 At first glance, Sri Lanka is a picturesque island paradise – golden beaches, lush rainforests, delicious food, and a rich cultural heritage. A picture postcard come to life, there’s no surprise that it’s often considered a favourite destination by travellers from around the world. But like all things that appear beautiful at first glance, beneath the island’s stunning scenery and charming people lies a complex culture steeped in folklore and vestiges of post-colonial gothic atmosphere.

This atmosphere was extremely prevalent in my novel, My Sweet Girl. The present-day story is set in Northern California, and the past, and ultimately the key to the entire mystery, is set in Sri Lanka. During the time where the story is set, the civil war raged in the North, though that mattered very little to children at The Little Miracles Girls Home. Mostly cut away from the rest of the country, Paloma and her best friend Lihini lived in a looming post-colonial building guarded by mango and amberalla trees and whispered ghost stories to their friends by torchlight. Their favourite ghost story was that of Mohini, who they were convinced roamed the halls of the orphanage at night.

But Mohini herself wasn’t exclusive to the orphanage. Highly prevalent in Sri Lankan urban legends, Mohini is the island’s own Woman in White. In fact, you’d be hard-pressed to find anyone in Sri Lanka who didn’t have a friend or an acquaintance who claimed to have seen the demon. A beautiful woman cradling a baby in her arms, Mohini would ask solitary travellers for help, and if they were unlucky enough to stop for her… well, this is where the stories diverge. Some believe that one look into her eyes kills her innocent victims on the spot, some claim that the victims succumb to a mysterious malady a few days later, and some insist that the baby she holds in her arms is actually a monster that feeds on human souls. Whatever the ending, the only thing for certain is that the victims never escape.

This is perhaps why the main character in My Sweet Girl, Paloma, felt she could never outrun her past. In fact, she was still haunted by this very same ghost, along with demons of her own, seventeen years later in her new life in America. What was once an innocent ghost story shared among friends soon evolved into a manifestation of her guilt and paranoia.

The gothic-style orphanage itself is almost a character of its own and serves as a reminder of the island’s colonial days. For instance, both Paloma and Lihini are fairer than the other girls and thus considered more likely for adoption. The negative effects of colourism still play a significant role in Sri Lankan culture, from marriage proposals to childhood favouritism.

The Little Miracles Girls Home also depends heavily on donations from foreigners in order to function. As a result of this, the girls are encouraged to “perform” whenever there’s a foreign visitor – from singing a welcome song, to delivering rehearsed lines intended to flatter, and fulfilling designated roles, such as reading or crafting, during the visit. This also echoes some of the behaviour we see in Sri Lanka as a whole. As a country that depends heavily on tourism, there’s a large performative element that many locals subscribe to in order to survive. Religious ceremonies, harvest rituals, and historic traditions are now increasingly practiced outside their original significance to capture tourist interest – a development tied to the rise of tourism.

But of course, it's easy to overlook a few negatives of the place you’ve called home – as Paloma herself understands in America. She is uncharacteristically drawn to a Sri Lankan man, in whom she finds the acceptance, understanding, and warmth that she didn’t realise she was homesick for. And I think many Sri Lankans, including myself, can relate to that, as well as to many more questions about identity in a foreign country – How much of yourself do you leave behind and how much do you bring with you when chasing your American dream? And will your past in a beautiful, tropical island ever truly let you go? 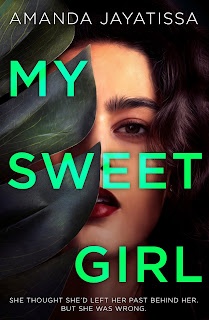 My Sweet Girl by Amanda Jayatissa (Hodder & Stoughton) Out Now

A girl in a new country. A dark secret left behind. A dead body which might tell all. Ever since she was adopted from an orphanage in Sri Lanka, Paloma has led a privileged Californian life: the best schools, a generous allowance and parents so perfect that Paloma fears she'll never live up to them. Now at thirty, Paloma has managed to disappoint her parents so thoroughly that their relationship will never recover. Unemployed and friendless, the only person still talking to her is Arun - the Indian man subletting her spare room. That is until Arun discovers Paloma's darkest secret, one that could jeopardize her fragile place in this country, and the next day is found face down in a pool of blood. On finding Arun's body Paloma flees her apartment. But by the time the police arrive, there's no body to be found or signs of struggle - and no evidence that Arun ever even existed in the first place. The police may be quick to dismiss everything, but Paloma knows what she saw. Is this tangled up in her childhood in Sri Lanka and the desperate actions she took to leave so many years ago? And did Paloma's secret die with Arun or is she now in greater danger than ever before?