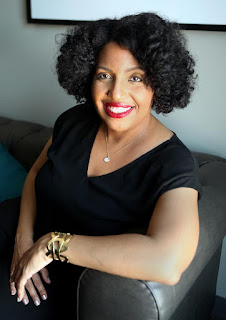 FORMER REALITY STAR DESIREE PIERCE FOUND DEAD IN LINGERIE IN BRONX WITH COCAINE AND NO SHOES.

Like A Sister started with a headline. Similar to the one above which is how my main character Lena finds out her estranged sister has passed. The actual one was about a former reality star found dead in the Bronx in New York City with ‘no pants and cocaine.’

It was from the New York Daily News, a newspaper over here known for writing click bait headlines long before click bait was even a thing. It struck me when I first saw it. Not just because yet another amazing Black woman’s life had been cut short. It also struck me how disrespectfully the headline was worded.

I had the same thought as Lena. That the paper wouldn’t have gone the “bit much” route if this young woman had been white.

Differences like this are something I notice a lot as a writer, former journalist, and lover of all things pop culture. Even before I had the idea for Like A Sister, I knew that I wanted to see someone like myself in whatever I wrote next. A single black woman who lives in a metropolitan area and often is overwhelmed by the Strong Black Woman cape meant to protect her – that same cape that often makes her want to crumble under its weight.

This is something I personally deal with a lot – especially over the past two years as I dealt with both the world crumbling due to COVID-19 and my own world crumbling due to the death of my grandfather. Although the circumstances were different – my grandfather died of natural causes at 92 after living a life filled with love and loved ones – I felt bad when I felt bad. I didn’t allow myself to mourn because there was so much to do. Wrapping up a life, especially one as long and beautiful as my grandfather’s, is not an easy thing. And the Strong Black Woman in me didn’t ask for help. I just did it myself.

And that wasn’t the only thing I wanted to see more of in the books on my shelves. I also yearned for more stories of single women living in urban areas. Don’t get me wrong, I love an unreliable married mom living on a suburban cul de sac chock full of secrets. It’s just not my reality.

So like many writers, I wrote a story I wanted to read. Needed to read.

I’ve been a crime fiction lover since I picked up my first Joan Hess cozy as a preteen. Back then, I’d wander the shelves of my local bookstore and camp out in the mystery section like it was a national park. I’d been so excited to see so much crime fiction being written and published by black authors. Only to be so disappointed over the years as more and more of those stories disappeared. It wasn’t much better for books by other crime writers of color.

It’s one of the reasons that Walter Mosley, Gigi Pandian, and I created Crime Writers of Color in 2018. We wanted a safe place to network and share opportunities. To cheer each other on and cheer each other up. To discuss the unique challenges of being a person of color in publishing.

Today we have over 350 members – and counting. And there’s been a resurgence of crime fiction written by and about people of color.

But even today, a lot of our stories are focused on racism – a subject that’s still extremely prevalent in the States. And again don’t get me wrong. We definitely need those stories, but it’s not our only story. We should have all types of books, just like our white counterparts.

That’s why Like A Sister isn’t a story about racism. A story that isn’t focused on dealing with racism but more on the things we all can relate to – just from a decidedly Black perspective. Anyone with a sibling can understand the tricky politics that go into the relationships. As I say in my dedication, I love my sisters even when I hate them – and I know the feeling’s mutual. Lena having to navigate strained familial relationships including the guilt of being estranged from her sister and the anger at her absentee dad are just as important part of the book as the twists.

Honestly, I still can’t believe this book will be on shelves for everyone to read – especially other black girls and women who are as obsessed with crime fiction as I was and still am. I hope everyone who decides to pick it up understands – and enjoys – what I was trying to do. It wasn’t to try to break down any barriers. It wasn’t to make any statements. It wasn’t to focus on our trauma.

I simply dreamed of writing a fun, twisty beach read. And I hope I succeeded. 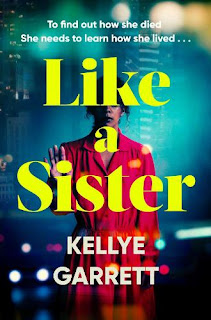 Like a Sister by Kellye Garrett (Simon and Schuster) Out Now

She found out her sister was back in New York from Instagram. She found out about her death from the New York Daily News. But she's the only one convinced it wasn't an accident . . . Desiree Pierce, a Black reality TV star, is found dead on a playground in the Bronx. Her death is quickly declared an overdose by the police and the media - tragic, but not a crime. Lena Scott, Desiree's sister, knows that can't be true. Torn apart by Desiree's partying and by their father, a wealthy and influential hip-hop mogul, the sisters haven't spoken in years. But some things about Desiree couldn't have changed, even with time. Nobody is listening to her, but Lena is determined not to let anyone brush off her sister's death. She will find justice, even if it means uncovering the family's darkest secrets - or putting her own life at risk. Because there are two sides to every story - the one being told, and the one nobody wants you to know . . .

More information about Kellye Garrett can be found on her website.