House on the Rocks 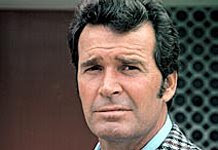 House creator David Shore is planning to develop a remake of '70s television show The Rockford Files for NBC.
The original series starred James Garner as ex-convict private investigator Jim Rockford, who solved crimes out of his mobile home-office in Malibu, California. The actor won an Emmy for his portrayal, while it was one of the first shows created by writer-producer Stephen J. Cannell.
Shore, who is a fan of the programme, credits The Rockford Files as the inspiration for his career in television, Variety reports.
He said: "It's one of the shows that made me want to become a writer. I had no interest in adapting any old stuff, but this was the one exception."
Shore added that in attempting to update the show, he will remain faithful to the nature of its predecessor's character and premise.
"What makes Rockford timeless is that he's vulnerable, he's flawed. He's used to hustling and getting hustled. Sometimes he's a hero and sometimes he runs away," he said.
The Rockford Files aired on the Peacock Network from 1974 to 1980.
Posted by Mike Stotter at 15:08