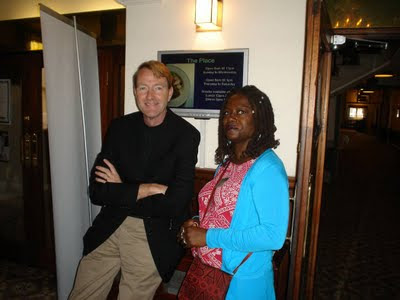 I reported back when Lee Child was honoured at his alma mater University of Sheffield where he was awarded a Visiting Professorship.

Alison Flood at The Guardian reports today that Lee Child has donated over £100,000 in scholarships to students at Sheffield –

Jack Reacher, the hardass former military policeman created by crime writer Lee Child, turns out to have an unlikely penchant for philanthropy, after Child launched a series of scholarships for Sheffield University students in his fictional investigator's name.

Child, a visiting professor and graduate of the university, has donated £104,000 to fund 52 Jack Reacher scholarships for Sheffield undergraduates and postgraduates, worth £2,000 each. "I was very happy to help out - my generation went to university for free, and I believe in paying things forward," said Child, who has written 13 bestselling books starring his popular creation Reacher.

"It's upsetting to see bright and dedicated students contemplate giving up their studies because of financial pressures," the author went on. "Just like my literary character Jack Reacher, if I see things that are wrong, I want to put them right."